The Exponential Age: How Accelerating Technology Is Transforming Business, Politics and Society 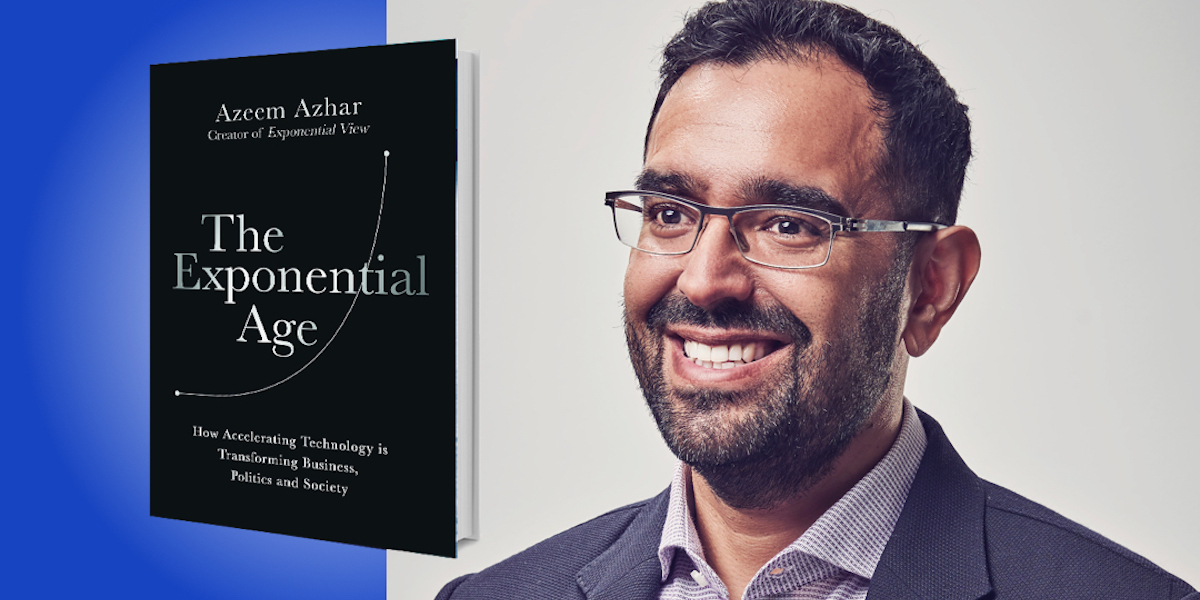 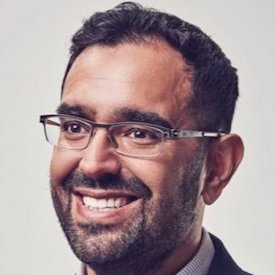 Azeem Azhar has been a journalist, podcaster, entrepreneur, and investor. For the last five years, he has been writing a popular newsletter called Exponential View and investing in technology start-ups.

Below, Azeem shares 5 key insights from his new book, The Exponential Age: How Accelerating Technology Is Transforming Business, Politics and Society. Listen to the audio version—read by Azeem himself—in the Next Big Idea App.

Starting in about 2015, I spent time exploring a number of different technologies and looking at how they were turning into products and services and ultimately into companies. During this research, I came to the conclusion that we are at a transition point across advanced economies, one that is being driven by a number of broadly applicable general technologies.

The first of these is computing, in which advances can be measured by the ever-marching power of our smartphones. In biology, we’re able to take the approaches and disciplines of engineering and apply them to the human genome. I also saw trends in energy where the cost to produce power from renewable sources, like solar and wind, is declining precipitously, and battery storage is also getting cheaper and cheaper. Finally, in manufacturing, new techniques like 3D printing and additive manufacturing are improving dramatically year after year, while also getting cheaper and better.

Now, the interesting point about these four technology areas is that they’re broadly applicable across our economies, but more than that, they are improving exponentially. And by that I mean they are improving by more than 10% on a price performance basis every single year, year after year, compounding those improvements. The impact of that is a tremendous reduction in the cost of these fantastic capabilities, and with that reduction in cost, we’re going to start to see a ubiquity of these approaches across our economies and societies more broadly.

“We are at a transition point across advanced economies, one that is being driven by a number of broadly applicable general technologies.”

2. Technologies have ripple effects across the whole of society.

My house in Northwest London is in a suburban part of the city, but in 1895, it sat in a field about 150 meters from a blacksmith’s shop. Today, that shop is my convenience store, where I supply the family for Saturday breakfasts. The fascinating thing is that the transition from farmland in 1895 to the houses and convenience stores of today took place in a really short period of time, about 25 years. During this brief period, roads were laid out, and electricity, water, and telephone systems were put in place. By 1925, my little suburban neighborhood looked very much like it does today.

What had effected that change were three general purpose technologies: the car and its internal combustion engine, the telephone, and electricity. These three technologies, all developed and commercialized from the 1880s through the early part of the 20th century, had knock-on effects. They shaped the nature of our jobs. They shaped the nature of industry, of work, of labor laws, of the patterns and customs of our everyday life. By the 1920s and 1930s, you had many of the resemblances of modernity: large cities and skyscrapers and office jobs and factory employment and lifetime work.

That’s the impact of technologies on a society. They have second- and third-order effects that go beyond the industries from which they spring. And of course, society also shapes the technologies—it shapes the directions in which they go. That interplay—technology to society, society to technology—is an important insight when we think of what is happening today, as we transition to what I call the “exponential age,” a transition driven by the four technologies that are changing our economies today.

3. The current pace of change is hard for humans to understand.

“We evolved to understand natural time scales, like the rising and setting of the Sun, and the changing of the seasons. The rapid acceleration of the technology-driven exponential age is alien to us.”

Humans didn’t evolve to understand this kind of exponential change. We evolved to understand natural time scales, like the rising and setting of the Sun, and the changing of the seasons. The rapid acceleration of the technology-driven exponential age is alien to us. We regularly misunderstand both the long-term and the short-term impact of this pace. Sometimes we over-estimate, sometimes we under-estimate, but it’s very unlikely that we’ll be able to predict exactly what happens next. And even if we can do so with some first-order effect, it’s hard to explain or predict where the ripples will end up.

4. There is an exponential gap between technologies and the linearity of our everyday lives.

In most well-functioning societies, we manage corporate behavior through a variety of institutions, regulations, laws, and taxes. The challenge is that those institutions, whether formal or informal, tend to evolve at a linear rate, so they get out of step with the realities of exponential technologies.

I call that gap—between the accelerating upward curve of technology and the relatively flat curve of regulation—the exponential gap. The exponential gap underpins many of the tensions that we see between technology companies and society at large, whether it’s questions of market dominance, worker compensation, or the impacts on democracy itself. The exponential gap is a useful analytical tool for us to understand, diagnose, and ultimately fix these issues.

5. We can close the exponential gap if we understand what drives its creation.

Slowing down the pace of technical development seems to be impossible. I argue in my book that the reason these technologies develop as fast as they do is a function of having a modern complex economy where the engineers, entrepreneurs, and scientists learn from their experience and respond to signals in the market. So at one level, the pace of technological change seems to be almost set.

But there are things we can do because technologies are human artifacts, designed and created by people. By better understanding how technologies develop and progress, and how their second- and third-order effects impact society at large, we can actually start to direct this river of innovation into useful channels. As customers, consumers, and citizens, we need to ask the right questions in order to govern rapid technological change.

To listen to the audio version read by Azeem Azhar, download the Next Big Idea App today: