Exponential: Transform Your Brand by Empowering Instead of Interrupting 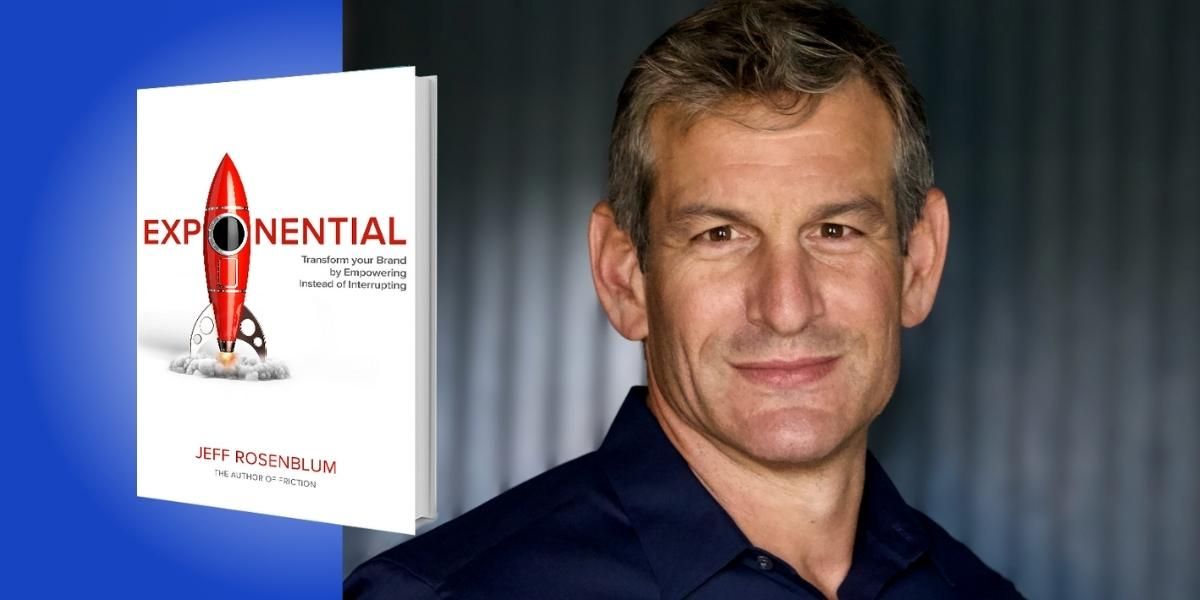 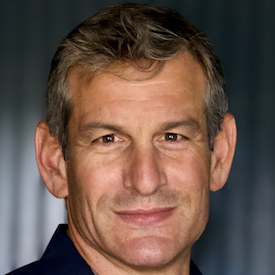 Jeff Rosenblum is the founding partner at a digital advertising agency called Questus, where he has worked with some of the world’s most iconic brands, including American Express, Apple, Capital One, Disney, the NFL, Samsung, Starbucks, Universal, Wyndham, and Verizon.

Below, Jeff shares 5 key insights from his new book, Exponential: Transform Your Brand by Empowering Instead of Interrupting. Listen to the audio version—read by Jeff himself—in the Next Big Idea App.

1. Focus on empowerment instead of interruptions.

Advertising, like all industries around the world, has been completely disrupted by search and social and mobile media. It changed how consumers want to interact with brands. They know the truth in real time, so they want brands to be built based on their behavior, not their messaging.

When digital came along, many brands mis-analyzed the opportunity—they took old tools and imported them into new media. TV ads became pre-rolls, print ads became banner ads, and junk mail became spam. Sure, the more brands invest in them, the better they’ll perform. There’s nothing inherently wrong with these interruptions, but we’re asking these interruptions to do way too much. Right now, the brands that grow exponentially and dominate the competition are using content, creativity, data, and technology to build platforms that people go out of their way to participate in, and then share with others.

At the core of this content is empowerment. It’s about creating tools that improve people’s lives. Sometimes these tools will be something powerful and important for the entire planet, like Patagonia’s efforts to defend the environment. But empowering platforms can perform on a smaller-than-global scale.

American Giant makes sweatshirts and sweatpants by bringing manufacturing back to America. Fender Guitar wants to help people become more musical with a platform called Fender Play that teaches people how to play guitar. Warby Parker simply wants to make purchasing eyeglasses easier, more affordable, and more stylish. 805 Beer wants to entertain and inspire people through a video content series. People want more from brands than just interruptions; they want brands to have a meaningful role in their lives. Great brands are built, first and foremost, through empowerment over interruptions.

“People want more from brands than just interruptions; they want brands to have a meaningful role in their lives.”

2. The human brain is a cognitive spam filter.

Scientists have learned more about the human brain in the past two decades than they have in all of human existence combined. The importance of this was best revealed by an economist named Colin Mayer. He found that 80 percent of the value of corporations, just 40 years ago, was based on tangible assets—things like buildings, machinery, products, and raw materials.

Now, 85 percent of the value of corporations is typically found in intellectual property—things like ideas, code, and brands. A brand is a corporation’s most important asset, and it’s not an esoteric concept. They can be worth billions of dollars. Take Apple and Amazon; each of their brands are worth approximately 700 billion dollars. Those logos on the side of their boxes—not their products, technology, or retail locations—are worth more than the GDP of Greece.

Logos are so valuable because our brains are exposed to more information than we could ever process—about 11 million bits of data per second. The human brain can only process 50 bits per second. So, if you were to listen to your surroundings this instant, you’d hear cars, heating or air conditioning, a clock, and the squeaking of your chair. The human brain can’t consciously process all of that information at once. So, the human brain blocks out all of the noise to just focus on signals.

The problem is that brands create more noise. TV ads, print ads, banner ads, pop-up ads, pre-rolls—it’s all noise. We need signals to break through the cognitive spam filter. This is done by creating content in tools that actually have meaning to people—content that creates value. When we focus on building empowering platforms, we create noticeable signals, not noise.

“Our brains are exposed to more information than we could ever process—about 11 million bits of data per second. The human brain can only process 50 bits per second.”

Power has shifted from brands to consumers. People can conduct extensive research to understand which products they want to buy and which brands they trust and recommend. But most brands are only focused on the beginning of the consumer journey. They tell these big, emotional stories in the form of TV ads and pre-rolls in Instagram posts. There’s nothing wrong with those emotional stories—we’re just asking those stories to do too much.

Take, for instance, purchasing a new car. Research shows that people spend about 13 hours conducting research. Let’s say someone is exposed to ten 30-second spots of TV advertising—that will start to get a little annoying, but it only takes up three minutes. Let’s say that there’s another ten Instagram posts, another ten YouTube pre-rolls, some banner ads, and other content here and there. Let’s round that up to an even 10 minutes. That leaves 12 hours and 50 minutes still left in the journey to purchase a new car. Historically, there wasn’t much that brands could do about that. They could drive people into dealerships and hope that the human interaction converts prospects into customers, but thanks to data, technology, content, and creativity, brands can leverage the entire consumer journey. They provide great emotional content, functional content, and deliver it exactly when and where people want it.

People, on a conscious or a subconscious level, think much the same way as big businesses do. They’re looking for return on investment in their hard-earned dollars in time and attention. Empowerment is about helping people understand which products have the features, functionality, attributes, and are connected to the value systems that most align with their needs. By understanding every little granular step along the way that people go through, business can provide emotional and functional content for each step. Business can let the story reveal itself one small step at a time by leveraging data and telling a one-to-one personalized story. Brands can not only turn prospects into customers, but also turn customers into evangelists.

“Thanks to data, technology, content, and creativity, brands can leverage the entire consumer journey.”

There are hundreds of books and thousands of articles about corporate culture. Many of the ideas are good, but together they can lead to paralysis by analysis. But research into culture shows that our obsession is justified. Alex Edmans of the London Business School found that the stock market returns for companies in Fortune‘s 100 Best Companies to Work For were more than double that of their peers over a 28-year period.

I learned about culture the hard way. For the first ten years of our agency, I thought that great culture meant making sure that the place was fun. So, we had all the cliché games: foosball, ping-pong, shuffleboard. Every time people complained about culture, I took them out, we got drunk, had a great dinner, and everybody had a great time. Two days later, people would complain about culture again. Finally, I realized that great culture is about putting people in a position to do their best work.

Putting people in position to do their best work comes down to two principles: talent acquisition and talent collaboration. Talent acquisition is about finding people who are in the top 5 percent of the industry and fit with your core value system and beliefs. Talent collaboration is about breaking down the silos that typically exist within a corporation so that people can build synergies.

The best team members have an extraordinarily high level of pride in their work. They want to put out the best work possible. They want to work on the best team possible. The only way to build culture is to put everyone in position to do their best work, and culture will snowball. As soon as you do this, your current talent will attract more talent, and they’ll collaborate even better.

“I realized that great culture is about putting people in a position to do their best work.”

Good brands often grow on a linear trajectory, but great brands grow on an exponential curve. An exponential curve looks like the right-hand side of a U, and we all get excited about the right-hand part of it that points almost vertical. But the left-hand side, where the curve is almost horizontal, that’s the most important part because that’s where all the hard work is done. This start can lull us to sleep, but the foundation needs to be solid—because once a brand starts to grow exponentially and performance starts to point toward the sky, it’s too late to prepare.

Since the dawn of digital, the number of brands has increased exponentially. Today, more than 500,000 of them are fighting across the globe for consumers’ time, attention, and dollars. The world has become truly flat; with a few clicks, a kid with a bright idea can find a manufacturing plant in Vietnam, a programmer in Israel, or a logo designer in Brazil. Because of this proliferation of new brands and businesses, there’s virtually no white space for forging a unique brand identity. The concept of differentiation is being replaced by authenticity in execution. We often talk about the consumer journey, but brands also go on a journey in which it’s critical for brands to prepare for success. Brands must develop their purpose, culture, and content, but once that picks up momentum in the marketplace, it’s too late to prepare for success. You have to already have the processes in place. You have to be prepared for scale before scale kicks in.

To listen to the audio version read by author Jeff Rosenblum, download the Next Big Idea App today: