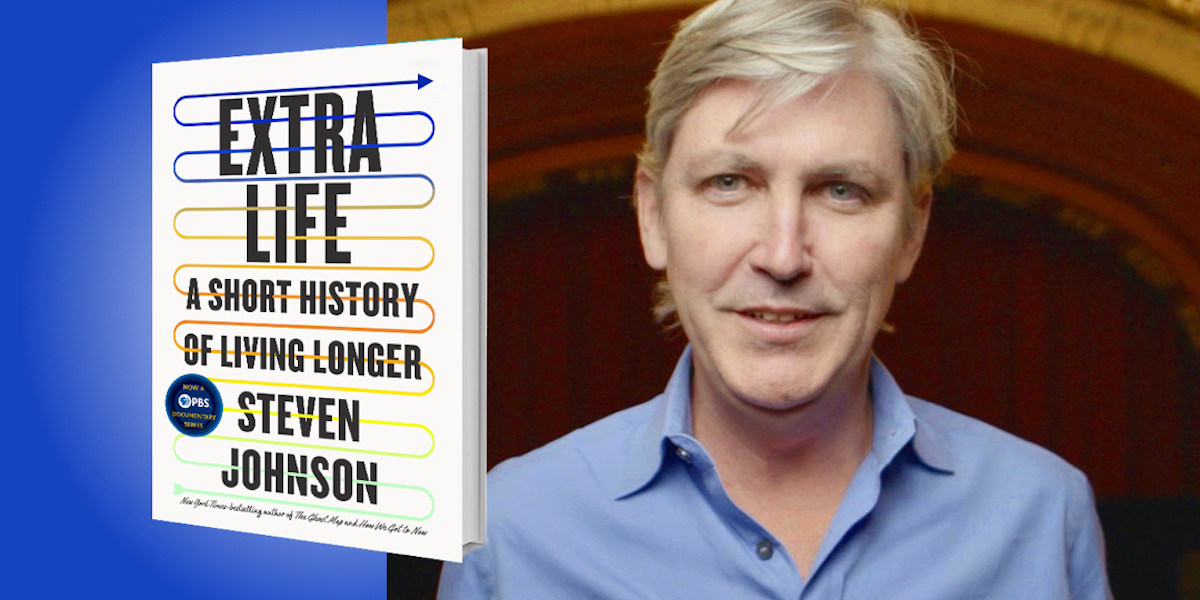 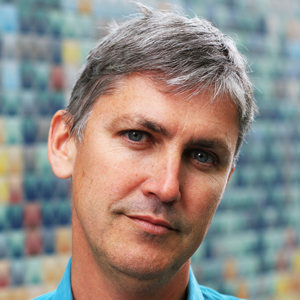 Steven Johnson is the bestselling author of thirteen books, including Where Good Ideas Come From, Farsighted, and The Ghost Map. He’s the host and cocreator of the Emmy–winning PBS/BBC series How We Got to Now, and the host of the podcast American Innovations.

Below, Steven shares 5 key insights from his new book, Extra Life: A Short History of Living Longer (available now from Amazon). Listen to the audio version—read by Steven himself—in the Next Big Idea App.

1. We doubled human life expectancy over the past century.

One hundred years ago, the average human life expectancy was somewhere in the mid-30s. In the United States during the last great pandemic, it was 41. Today, global life expectancy is 72 years, and in some parts of the world, it’s approaching 90. We’ve basically given ourselves an entire extra life in just a century. A significant amount of that change came from reductions in childhood mortality. It didn’t matter whether you were rich or poor, whether you were living in a city or you were a hunter-gatherer: Two out of five of your children would die before reaching adulthood. Now childhood has become the safest time of your life.

We’re also extending life at the other end of the spectrum. In England, where we have the best data on these things, if you made it through childhood in 1850, you could expect to live another 40 years to the age of 60. Today, a British person who survives to the age of 20 can expect to live into their late 80s. Globally, the percentage of people living over 100 has quadrupled in the past two decades. This is the single most important thing that has happened to us over that period.

“We’ve basically given ourselves an entire extra life in just a century.”

2. Don’t just thank the doctors; toilets and sewers were just as important.

We have a natural tendency, when we think about improvements in human health, to focus on the medical interventions—the pills, the X-ray machines, the vaccines—but sometimes the breakthroughs that make the biggest difference are the ones behind the scenes, the ones that don’t even look like major technological advances.

One of the great killers of the 19th century was drinking water. In a big city like New York or London, you could drink a glass of water and be dead from a terrible disease like cholera in 48 hours. The improvements we needed to make were not happening in hospitals—they were happening in basic infrastructure. We had to figure out a way to clean the drinking water supply of big cities. The invention of a toilet and the sewer system that it’s attached to, the invention of systems of water delivery and the chlorination of drinking water—those are momentous achievements in the history of human progress. They aren’t as sexy as your smartphone, but they actually made more of a difference in overall health and the length of human life.

When we look back at our history in terms of extending human life, we usually focus on scientific breakthroughs. But when you look at that history up close, you realize that there’s something missing. A medical or scientific breakthrough on its own is not sufficient. You have to get that idea in circulation and encourage people to adopt it before it can change the world. The best example of this is pasteurization.

“The ideas came from science, but they needed people to fight for them.”

In New York City in 1850, 60% of all deaths were young children, and milk was a primary culprit. We solved this problem initially with chemistry—Louis Pasteur came up with the technique of pasteurization in 1865. But it didn’t become the standard for milk in grocery stores in the United States until 1915—fifty years after Pasteur made his breakthrough. And that’s because it required a whole generation of activists and legal reformers getting the idea into circulation that milk should be pasteurized—convincing consumers to buy it, convincing the milk industry to change its practices, passing laws, et cetera. When we look at the history of this kind of massive progress, it’s almost closer to things like social movements, like the abolition of slavery or the rise of universal suffrage. The ideas came from science, but they needed people to fight for them.

4. We have the wrong heroes in our society because progress in human health is measured in non-events.

There’s this strange property about progress in human health that is different from other, more traditional forms of technological progress: It’s measured in non-events, things that didn’t happen. With technological progress, the achievements are easy to see—the smartphone in your hand, the electric car in your garage—but the biggest breakthroughs in health appear in the form of events that didn’t happen: the smallpox infection that didn’t kill you at the age of two because we invented a vaccine; the glass of drinking water that didn’t give you a fatal case of cholera when you were 15 because we chlorinated the drinking water.

Our progress, in terms of health, is a measure of all these changes that kept us quietly safe over the years. We need to make an extra effort to go back and remind ourselves of those achievements.

“If we had just kept our population levels where they were in 1920, we wouldn’t be facing the climate crisis we are today.”

5. There’s a strange paradox to the story of our extended human life expectancy.

One hundred years ago, when life expectancy was somewhere in the mid-30s, there were just under two billion people on the planet. Today, there are almost eight billion. And that runaway population growth didn’t come from people having more children; in fact, people are having fewer children per capita than ever. The growth in global population is the result of people not dying—children living long enough to have their own children, their parents living long enough to meet their great-grandkids. As wonderful as all that life is, it creates its own set of problems for the planet. If we had just kept our population levels where they were in 1920, we wouldn’t be facing the climate crisis we are today. In a strange sense, we have climate change today because of two things: industrialization and the triumph of public health and medicine.

This raises the question: What comes next? By using existing approaches to treating illness, we can probably push average life expectancy into the 90s. But it’s hard to get far beyond that—the outer boundary of human life seems to be about 110. A number of scientists, however, believe that there’s a radical paradigm shift in our future. They believe we can treat aging itself as a kind of disease that can be cured, allowing us to push past that boundary, and perhaps double life expectancy one more time. But if we start living to 150, the impact on population growth could be terrifying. We need to decide as a species not just whether we can cure aging, but if we really want to.

To listen to the audio version read by Steven Johnson, download the Next Big Idea App today: