The Fate of Food: What We’ll Eat in a Bigger, Hotter, Smarter World 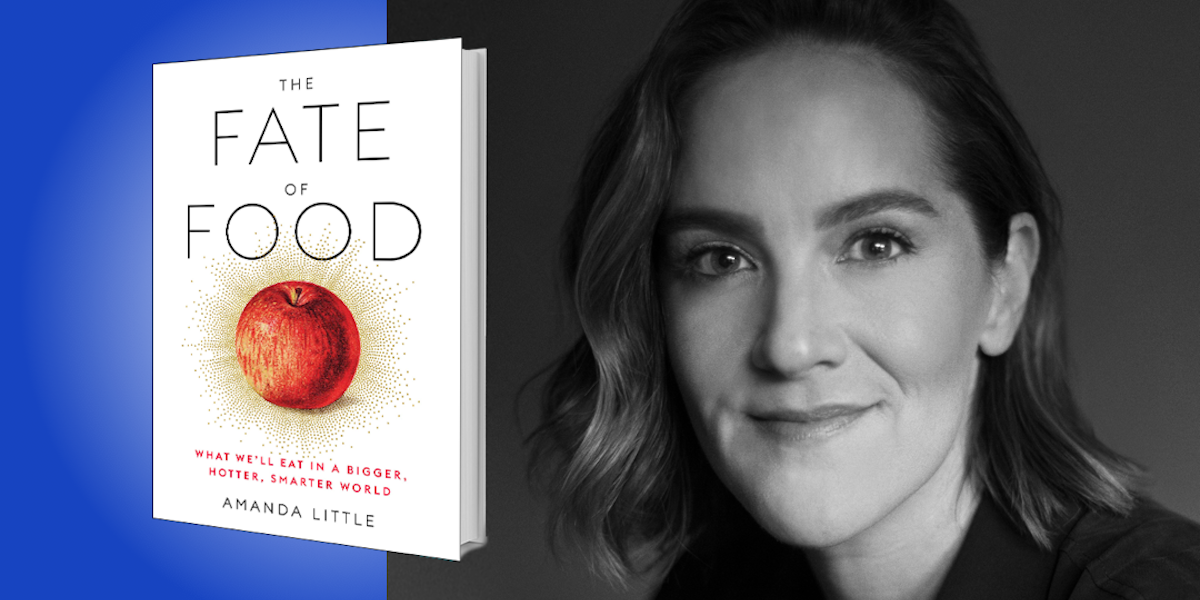 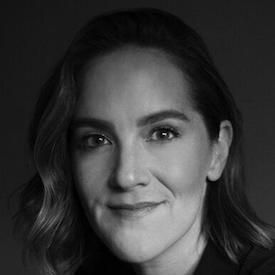 Amanda Little is a contributing opinion writer for Bloomberg, a professor of investigative journalism and science writing at Vanderbilt University, and the author of the previous book Power Trip: The Story of America’s Love Affair with Energy. She’s also a hopeless vegan, lapsed vegetarian, and self-proclaimed terrible backyard farmer.

Below, Amanda shares 5 key insights from her new book, The Fate of Food: What We’ll Eat in a Bigger, Hotter, Smarter World (available now from Amazon). Listen to the audio version—read by Amanda herself—in the Next Big Idea App.

1. Climate change is becoming something you can taste.

I’ve seen the various impacts of drought, heat, flooding, superstorms, invasive insects, blights, weather volatility, and shifting seasons on food production across the country and the world, from Washington to Florida, and from Guatemala to Australia. Climate change is a kitchen-table issue in the literal sense, and the foods we love most—the most flavor-rich, nutrient dense crops—are the most vulnerable to these pressures.

In recent years, extreme weather events have destroyed vineyards in California and France, olive groves in Italy, citrus and peach orchards in Florida and Georgia, apple and cherry orchards in Wisconsin and Michigan, avocado farms in Mexico, coffee and cacao farms in dozens of equatorial nations, and dairy and livestock operations the world over.

2. No industry is more motivated to solve climate change than agriculture.

The International Panel on Climate Change has predicted that by mid-century, the world may reach “a threshold of global warming beyond which current agricultural practices can no longer support large human civilizations.”

“Building climate-resilient food systems will, as much as any other challenge, define human progress in the next century.”

Food production is a major contributor to climate change, producing about 20 percent of global greenhouse gas emissions, on par with the transportation and energy sectors. Yet no industry is more vulnerable to the impacts of climate change than agriculture—nor more motivated to convert itself from climate sinner to saint. Building climate-resilient food systems will, as much as any other challenge, define human progress in the next century.

There’s growing controversy about the best way to ensure future food security in the U.S. “Food is ripe for reinvention!” Bill Gates has proclaimed. Huge flows of investment are funding new methods of high-tech, “climate-smart” agriculture. But many sustainable food advocates bristle at the idea of reinvention—they want food de-invented. They advocate for a return to preindustrial, pre-Green Revolution, organic, and biodynamic farming practices. The rift between the reinvention camp and the de-invention camp has existed for decades, but is now a raging battle. One side covets the past, the other the future.

Why must the debate be so binary? Neither approach on its own will work. We need a synthesis of the two. Our challenge is to borrow from the wisdom of the ages and from our most advanced science to forge a “third way,” a synthesis of the traditional and the radically new—one that allows us to improve and scale our harvests while restoring, rather than degrading, the underlying web of life.

“The beauty of this story is not just where we’re going, but how we got here, having moved through the long-running technological continuum of food production.”

4. We’re on the cusp of an agricultural Enlightenment.

I’ve met with dozens of scientists, farmers, and engineers around the world who emulate Third Way thinking. They’re using modern breeding tools like CRISPR to create nutritious heirloom crops that can withstand drought and heat. They’re using AI and robotics to eliminate the use of agrochemicals and make aquaculture sustainable. They’re growing animal meat without animals, and plants without soil and sun, in decentralized, hyperlocal farms. They’re finding ways to eliminate food waste. They’re scaling up conservation agriculture and reviving ancient plants. They’re recycling sewage and graywater and creating a drought-proof water supply—without which food cannot be grown.

5. Feeding humanity is part of a technological continuum.

“Every new agricultural tool introduced since the first farming settlements has been designed with the same goal: to coax more food from the earth with less human effort,” says Columbia University professor and ecologist Ruth DeFries. This is useful context as we consider how we’ll feed a hotter, more populous world in the coming decades. Humans have now spent the better part of ten thousand years developing a succession of tools to this end, all of them temporary solutions that, generation after generation, get replaced or upgraded to work on larger scales.

We dammed streams first, then rivers. We constructed hand tools from stones and wood and then metals, and eventually supplanted those tools with machines. We made fertilizers from human waste and animal manure, and then from complex chemicals. Now we have sensors and robots to interpret the needs of our crops; we have food that can be grown without sun or soil; we have Mylar-packaged meal replacements. The beauty of this story is not just where we’re going, but how we got here, having moved through the long-running technological continuum of food production.

To listen to the audio version read by Amanda Little, download the Next Big Idea App today: