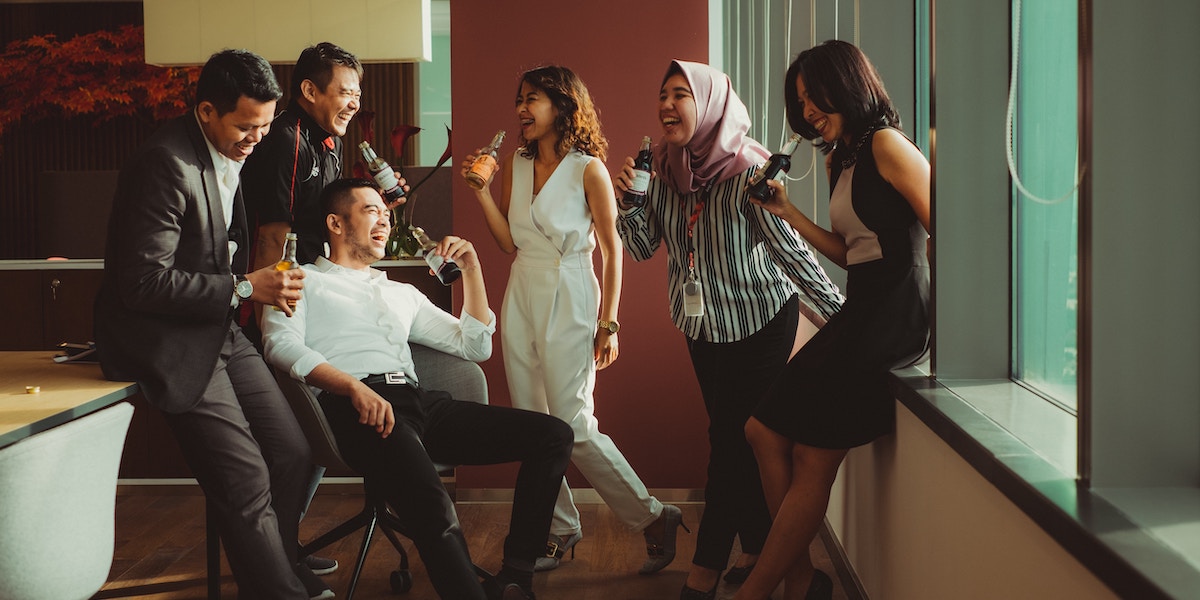 Dolly Chugh is a Harvard-educated, award-winning social psychologist at the NYU Stern School of Business, where she is an expert researcher in the unconscious biases and unethical behavior of ordinary, good people. Her work is regularly featured in numerous media outlets, including NPR, NBC News, Scientific American, Forbes, The New York Times, and more.

Dolly’s latest book, The Person You Mean to Be: How Good People Fight Bias, was recently selected as a Finalist for the Next Big Idea Club. So we asked her to dive into the biggest ideas behind the book, what surprised her during her research process, and how we can all help build a better, more inclusive world.

1. In two sentences or less, can you sum up the “big idea” of your book?

Many of us want to feel like (and be seen as) good people but ironically, this makes it harder for us to become better people. Let’s be “good-ish” people instead – people who notice, own, learn from, and address our own biases.

2. What surprised you the most in your research?

When I submitted my book proposal to HarperCollins and other publishers, the word “systemic” was nowhere in the document. I am trained as a social psychologist and we tend to think of the world through the lens of individual people and small groups, not large systems and structures. But, through the interviews I did for the book, it became clear I was really missing something by not exploring the systemic perspective and its relationship to our unconscious biases. I turned to the work of sociologists, economists, political scientists, historians, and others to broaden my understanding. These insights reshaped my thinking so much that I ended up going back to HarperCollins and pitching that we add a whole chapter on the topic. Thankfully, they were persuaded, and I think the end result is one of the most important chapters in the book. It’s also been the chapter that I have gotten the most feedback on – it activates all sorts of reflection and learning for readers, just as it did for me.

3. Did an event from your personal life inspire or affect the book?

This book opens at a Black Lives Matter protest at the Times Square Toys “R” Us store during December 2014. I was lying on the ground as part of the “die-in” in the toy gun section to protest the shooting of 12-year-old Tamir Rice. As I listened to Silent Night playing over the intercom, I felt conflicted. I believed deeply in the purpose and the necessity of this protest. And yet, as someone who avoids conflict and controversy, I wondered if there were additional methods of fighting bias for semi-bold people like me, other ways for us to do our part. As a social scientist, I looked to the research and found many tools available to us for use in our workplaces, communities, and families. This book is that toolkit.

4. Do you have a favorite quote or motto that guides your life?

“To succeed in life, you need three things: a wishbone, a backbone and a funny bone.” – Reba McEntire

5. What was your most humbling moment?

I am a parent, so where to begin? Every weakness, insecurity, blind spot, and paranoia I have has been exposed as a parent to two daughters. The most wonderfully humbling experience of my life, by far.

6. What trivial trick, talent, or feat can you do to impress people?

I have a better-than-chance inner body clock. It’s weird. It’s balanced out by my worse-than-chance sense of direction. So, I can get really lost walking down the block and be acutely aware of how late I am!

7. What’s something that is really easy for most people that you find really challenging?

Using Apple products. Everyone finds them so intuitive and yet, I feel like a total techno-clutz with all the swiping and poking. This is not a slam on the products as they seem wonderful but maybe I am missing some sort of iGene.

8. What is one book that you wish everyone in the world would read?

I am going to go with a book I just finished last weekend. This is a book I probably would have avoided (to my own detriment) if I hadn’t sat on a panel with the author recently. As it turns out, I had a hard time putting it down. I highly recommend Rising Out of Hatred: The Awakening of a Former White Nationalist. The book focuses on Derek Black, who grew up in the epicenter of white nationalism. His father started the largest hate site in the world, Stormfront. His godfather is David Duke. His mother used to be married to David Duke. Derek actively participated in the white nationalist movement as a youth and was one of its most visible and charming leaders as a young adult.

The book traces his stunning trajectory from rising star of white nationalism to vocal anti-racist. The content is simultaneously alarming and hopeful. The storytelling is addictive. The research is meticulous, as the author is Pulitzer Prize-winning Washington Post journalist Eli Saslow. The book is an expansion of the story Saslow reported in the newspaper about two years ago, with much more captivating detail. After reading this book, the last few years make so much more sense to me. I think everyone who reads this book will be shaped by it.

9. What would you like readers to take away from your book?

Stories which inspire them and science that informs them. Plenty to reflect on, but even more to act on. A how-to on moving from being “believers” in diversity and inclusion, to being “builders” of a more diverse and inclusive world. A feeling that they have just had an honest and vulnerable conversation with me.