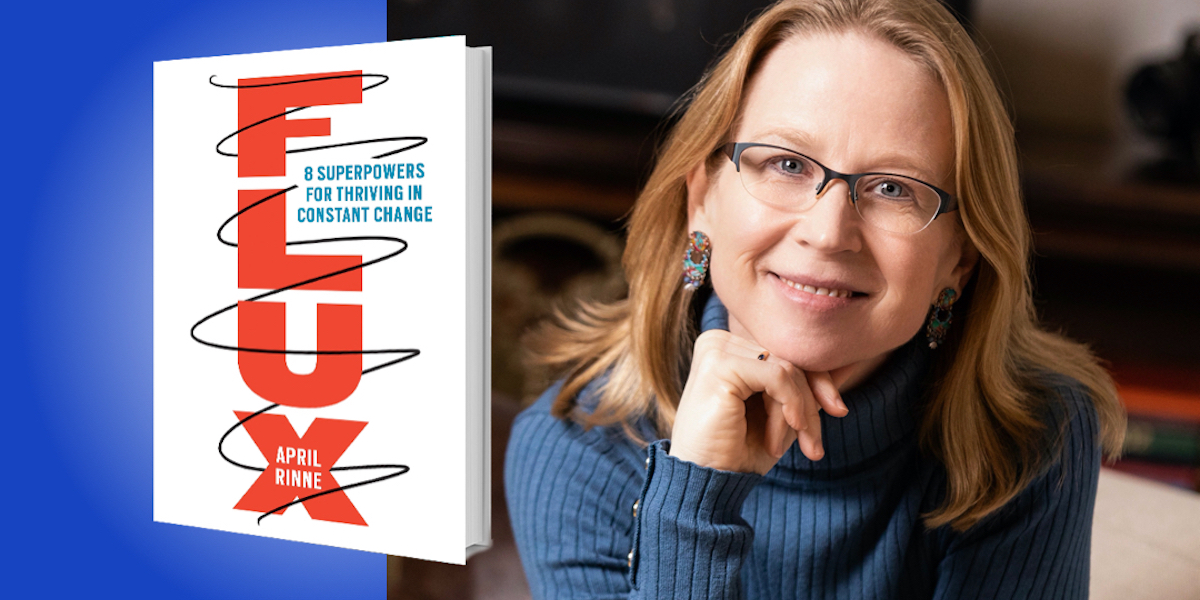 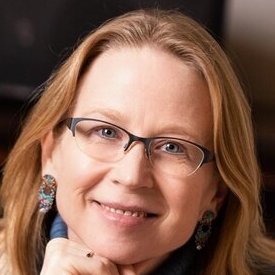 April Rinne had her first experience of massive change when she lost her parents in a car crash while she was in college. The experience left her wondering: “What do I do when I don’t know what to do?” April went on to become a world traveler, a yoga teacher, a Fulbright Scholar, a Harvard Law graduate, and an advisor to corporations and non-profit organizations. She was named a World Economic Forum Young Global Leader and ranked one of the “50 Leading Female Futurists” in the world by Forbes.

Below, April shares 5 key insights from her new book, Flux: 8 Superpowers for Thriving in Constant Change. Listen to the audio version—read by April herself—in the Next Big Idea App.

1. Change is universal, but how we deal with it is not.

On the one hand, change has been part of the human experience since the beginning of time. Indeed, the only reason we’re here is because of it! But on the other hand, our understanding of change, and how we’ve been taught to deal with it (or ignore it), has varied widely and evolved over time. It’s been driven by cultural norms, expectations, and available technologies, among other things.

Think about what you were taught about change growing up. Were you taught to embrace it, or to fear it? Were you taught that uncertainty means danger, or is it an adventure for your curiosity? How do these things manifest in your life, work, and relationships today?

In the 25+ years that I’ve spent researching and observing change, I’ve found that every single person, organization, and culture on Earth struggles with change. We’ve all developed different ways of thinking about and relating to change, so we can learn from one another. That’s a great thing, because the future means more change, not less. It also means a faster pace of change, more changes to deal with on a daily basis. All of this means we have an amazing opportunity—and a kind of responsibility—to level-up our relationships to change, and to thrive in new ways.

“No one has ever been able to control the future, but you can control whether and how you contribute to a future you’d like to see.”

The single most significant determinant of our relationship to change is whether we believe we can opt into it. Humans tend to love changes that we choose—a new relationship, a new job, a new adventure, even a new song to listen to or a new food to taste. But we tend to struggle with change that we don’t control: The kind of change that blindsides you on a Tuesday afternoon, goes against your expectations, or disrupts your plans. We fear these changes, we resist them, and we mistakenly believe we can control them.

Reshaping our relationship to change means reassessing our relationship to control. Because the fact is, no one has ever been able to control the future, but you can control whether and how you contribute to a future you’d like to see. So part of your quest becomes: How can you learn to harness even unwelcome change and turn it into something better than what came before?

3. During times of great change, our “weaknesses” become superpowers.

Society teaches us that success is to be found at the top of a corporate ladder. It teaches us that to be “successful,” we should stay in our lane, focus on what’s straight ahead, and climb that ladder. We’re taught that getting lost, or veering from that path, means failure. You’ve been foolish; you’ve failed to find your way!

And yet, in a world in flux, this narrative falls flat. Think about it: When change hits, we need creativity, comfort with uncertainty, and the ability to blaze new trails. Where does that ability come from: When you’ve stayed with what’s familiar and done what others have told you to, or when you’ve stretched beyond your comfort zone? When have you made your best discoveries: When you’ve stuck to the path, or when you’ve gotten lost?

“There is no end point after which happiness, success, or certainty is guaranteed.”

One of the biggest surprises I’ve seen, time and again, is how often humans get their relationship to change backwards. In our organizations, we develop “change management strategies.” In our personal lives, we revert to familiar coping mechanisms, even if they’re woefully outdated. But what we often fail to realize is that every single strategy and coping mechanism is fundamentally rooted in your mindset.

Strategy doesn’t happen in a vacuum. It is shaped by the emotions, assumptions, and filters that determine how we see the world. Get clear on these and factor them in. Learn how to open what I call a flux mindset, and you’ll see a world of change in a whole new light.

5. There is no steady state; change is the end game.

Most people are taught that when they reach a certain goal or milestone, they’ll be rewarded. You’ll have “made it” once you’ve earned a certain amount of money; you’ll be happy once you’ve solved a certain problem. Yet that way of thinking keeps us stuck in a cycle of insufficiency, unhappiness, and not being “enough.”

Now, I’m not saying that you shouldn’t have dreams and goals, or strive to be happy. But keep in mind: There is no end point after which happiness, success, or certainty is guaranteed. All of these things will themselves change, and we need to get radically and completely comfortable with that.

What makes you you, even when everything else changes? When you can answer that question, you’re able to embrace an ever-changing finish line. You see that the end game—of a given project, a given year, or life itself—isn’t set in stone, or “accomplished” by any particular milestone. It’s about embracing that the future is constant evolution and constant change.

To listen to the audio version read by April Rinne, download the Next Big Idea App today: