Where Is My Flying Car? 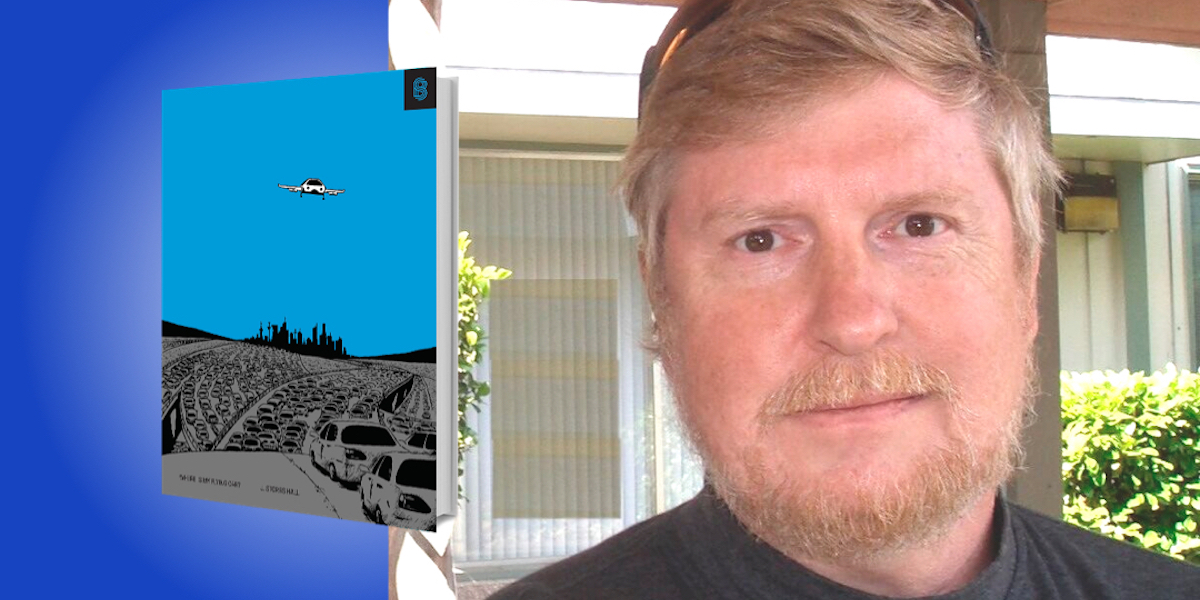 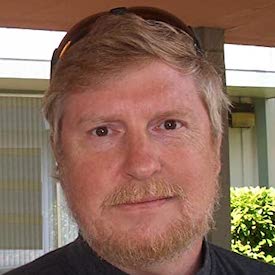 J. Storrs Hall is a computer scientist, writer, engineer, and technological futurist. He has developed several ideas in the field of molecular nanotechnology, and continues this work as a research fellow for the Institute for Molecular Manufacturing, as well as the Molecular Engineering Research Institute.

Below, Hall shares 5 key insights from his new book, Where Is My Flying Car? Listen to the audio version—read by Hall himself—in the Next Big Idea App.

1. The future we were promised.

The classic cartoon The Jetsons is set in 2062. The futuristic family has a flying car, a robot housemaid, and a huge penthouse apartment, like the Seattle Space Needle, that overlooks the countryside. But looked at properly, the Jetsons was not about the future, but about the past.

When Jane Jetson sits down to accomplish the housework by pressing three buttons, she seems far in advance of the 1962 housewife from the days the show aired. Consider, though, that Mrs. 1962 was much farther ahead of her great-grandmother, Mrs. 1862, who had arduous days, during which she split wood to build a fire in the cast-iron stove to cook vegetables she had grown in the backdoor garden, and didn’t just wash but made the clothing for her family.

By 1962, 90 percent of that back-breaking labor was gone, taken over by washing and sewing machines, clothing factories, and the electricity to power them. Against that historical background, it took very little imagination to see the rest of labor gone in another century.

That was the future we were promised—not by science fiction, but by the solid reality of centuries of human emancipation as a result of mechanization and power.

My grandfather was born before the Wright brothers first flew, and lived to see Neil Armstrong set foot on the Moon. The meteoric rise of aeronautical capabilities in the interim is another example of a historical reality that seemed a promise of the future.

“There is no technological or economic reason why we shouldn’t have flying cars right now.”

Yet our capabilities, especially as seen by consumers, flatlined. Airliners are no faster now than in 1970—indeed, we still fly 747s, a 1960s design. Personal flying cars became a joke to be thrown in the faces of futurists. But in fact, flying cars have existed for almost a century. Helicopters, which proliferated after WWII, make perfectly adequate first-generation flying cars. Airplanes with folding or removable wings, and which can be driven on roads, have been around since the 1930s. By 1933, Pitcairn Aviation produced an autogyro, the PA-22, that had a short takeoff, vertical landing on a dime, and could fold up its rotor blades, drive on the streets, and park in a garage.

80 years later, it is obvious that we have the technology to build an almost bewildering array of flying cars. Typically, the next question is if people could really fly them, or if they would get queasy. Flying a light aircraft is a non-trivial skill, and some people do react badly to the ride.

The design and engineering of a flying car is, perhaps surprisingly, one of the easier parts of the project. The bigger challenge is that you would have to redesign the entire air traffic system. There are about 200,000 airplanes in the U.S., but close to 300 million cars.

The final really important part is the economics: how much would a flying car be worth? In particular, would it be worth more than it cost? My analysis of this produced some unexpected results, but given the right designs, the answer is at least a qualified yes. In other words, there is no technological or economic reason why we shouldn’t have flying cars right now.

Futurists often get things wrong, predicting technologies that never come, and missing ones that do. But there was substantial agreement among ’50s and ’60s futurists and science fiction writers. One would expect a random scattering of hits and misses in such a set, but instead there is a remarkable, stark pattern to the successes and failures.

The Henry Adams Curve is the centuries-long trend of exponentially increasing energy in American civilization. From George Washington to Jimmy Carter, each American got 2 percent more energy each year than the year before. Standards of living rose an order of magnitude over the period. But in the 1970s, the curve flatlined, and our ability to improve our lives technologically took a big hit. The optimism that had suffused the American spirit was replaced by a sense of malaise and decline. We look up wistfully at the Moon, where human footprints have lain undisturbed for half a century.

“The optimism that had suffused the American spirit was replaced by a sense of malaise and decline. We look up wistfully at the Moon, where human footprints have lain undisturbed for half a century.”

Any technological prediction—such as flying cars—from the ’50s and ’60s depended on this centuries-long trend to continue. As a side effect of the end of the curve, interest, money, and talent were displaced into fields—such as computing—where energy was not a major factor, and those accelerated. This had a profound economic effect on America, which economist Tyler Cowen refers to as the Great Stagnation.

The reason for the flatline is subject to interpretation. There appears to have been a perfect storm of social pathologies and memetic cancers that came to a head in the ’70s, but this merely begs the question: why did all these things happen, more or less, at the same time?

The Eloi were the feckless, degenerated remnants of humanity depicted in H. G. Wells’ The Time Machine. They had for far too long enjoyed ease and safety as the result of increasing technology, and evolution naturally fit them to their environment, removing the strength of body and character that were no longer needed. Wells anticipated biological evolution, but cultural evolution can change much more quickly with, surprisingly, physical and psychological implications: men today have substantially lower testosterone levels and grip strength than Victorian men. What happened, of course, was Jane Jetson, the housewife of 1962, and everybody else whose lives eased with advancing technology. As people climbed up Maslow’s hierarchy of needs, they started taking food, clothing, and shelter for granted.

Within that hierarchy, above basic survival come things like love, respect, social status, and self-actualization. One does not achieve these by being a happy, passive recipient of the bounties of society and technology, like the original Eloi. Indeed, Wells had written The Time Machine partly as a veiled critique of the idle rich. You can’t get respect and status from being an Eloi—you must be doing something admirable, like fighting injustice, righting wrongs, or saving the planet.

Given that life had been improving for two centuries at a rate unparalleled in history, one would think that seekers of respect would have become inventors and engineers. But it proved easier and more attention-getting to imagine or exaggerate great threats against which you could then crusade. Hence, “Agonistes.”

Use Google N-grams to track the occurrences of “crisis” in print over the past centuries. The graph meanders along at a low level, predictably peaking at times like the Civil War, WWI, the Great Depression, and so forth. But then, just as the flatline and Great Stagnation were happening, it skyrockets to four times its historical rate, and has kept climbing ever since. No real crisis was needed; Eloi Agonistes are fertile ground for any invented prophecy of doom against which they can righteously take up arms. In a populace increasingly ignorant of history and technology, scare stories are easy to sell. So, many of them attacked energy production and use.

“It proved easier and more attention-getting to imagine or exaggerate great threats against which you could then crusade.”

Evolution, both biological and memetic, begins with variation. In the memetic realm, this means any story anyone can imagine. Then comes selection, the survival of the fittest. Fitness in a meme turns out, unfortunately, to depend a lot on how scary a story is, and not very much on whether it is true. As a result, we have been suffering a pandemic of ergophobia (fearful of energy itself and progress) for the past half-century. Is this a sign of fatal decline, or the rooster tail thrown up when the wheels of progress hit the puddle of prosperity?

Fossil fuels have been a valuable bridge to the modern world, but are neither cheap nor energetic enough to power a new Industrial Revolution that revives the Henry Adams Curve. Luckily, we are sitting on orders of magnitude more energy; uranium and coal cost roughly the same to dig up, but you get a million times more energy from uranium.

However, there is a huge missing element: the know-how to extract that energy easily in a useful form. Here we have dropped the ball. Right about the time of the Henry Adams flatline, PhDs in nuclear physics didn’t just flatline—they collapsed. If we want cheap, clean, abundant power, we must quit ignoring the vast ocean of energy that lies before us, get back to work, and fill the chasm we have left in our knowledge.

“Nanotech” means atomically precise machines made by atomically precise machines. Nanotech will bring capabilities rivaling or surpassing those of life itself. We can do with mechanical speed and precision what was previously only in the realm of biology. Agriculture disappears, because we can synthesize any food atom-for-atom. Your clothing is not an inert pile of woven fibers, but an almost-living creature. Medicine becomes unrecognizable, as artificial organs work better than the natural originals. Life is limited in speed, power, and the scope of designs; nanotech will not be, but it will need prodigious amounts of power to fulfill its potential.

Nanotech and nuclear need each other desperately. To see why we need both, imagine that Thomas Newcomen and his 1712 steam engine had not been followed by a century of steadily improving precision machining. We would have his house-sized 20-hp sump pump, but little else. No steamships, no railroads, no powered manufacturing machinery. On the other hand, imagine that somehow precision machining had arisen without steam power—the only thing that would have given us is bicycles.

Nanotech and nuclear, together, dovetail neatly into a technology that looks a lot more like the pre-flatline predictions. Once we marry the immense productive power of nanotech to the nearly limitless energy available, we can build undersea cities, flying cities, continental-scale landscaping, weather control, colonies on Mars, cruise ships to the rings of Saturn, and, of course, flying cars.

To listen to the audio version read by author J. Storrs Hall, download the Next Big Idea App today: