Why Friendships Are the Relationships That Matter Most 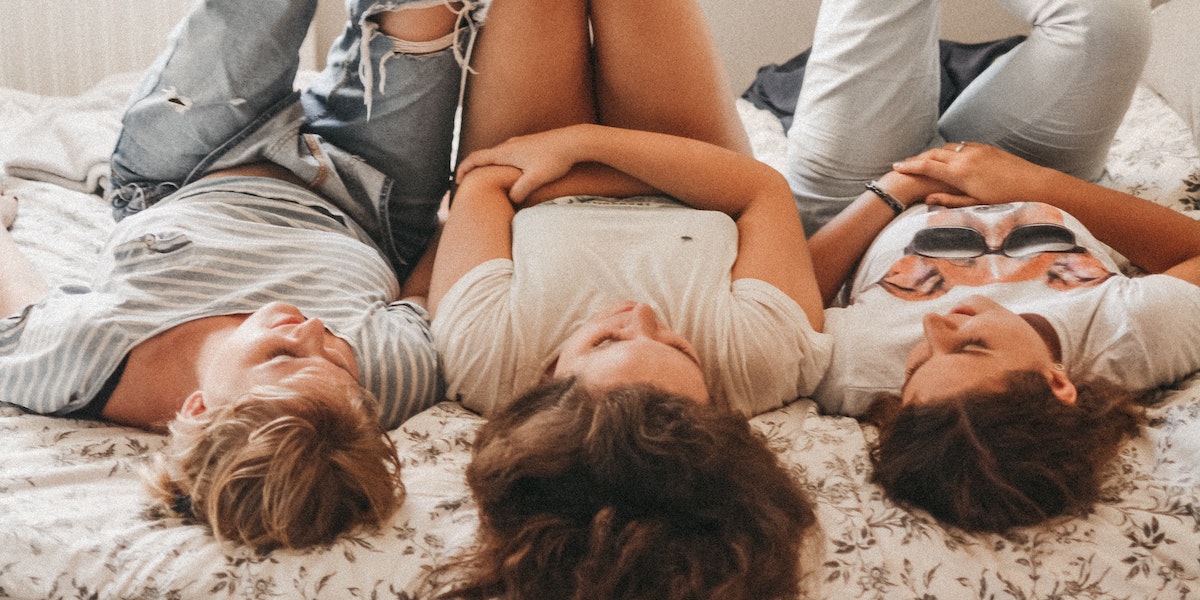 Eric Barker is not a people person. “Getting me to write a relationship book,” he says, “is like asking Godzilla to improve the infrastructure in your city.” He did it anyway. Guided by leading social psychologists, Eric went on a journey to understand what he was getting wrong about relationships—and what he could do to turn things around.

The result is his new book, Plays Well with Others, a guide to friendship, intimacy, loneliness, and belonging that our curator Daniel Pink says will “revitalize your life.” Listen to Eric’s appearance on the Next Big Idea podcast below, or read a few key highlights. And follow host Rufus Griscom on LinkedIn for behind-the-scenes looks into the show.

Why friendships are our most meaningful relationships.

Panio Gianopoulos: I was shocked by how significant, even essential, friendship is because culturally it doesn’t really come up. You say a great thing—I mean, it’s very funny and a little bitter—you say, “Your thirties are the decade where friendships go to die. You gather all your friends for your wedding, and then promptly never see them again.” I know from personal experience that this is true. You start having families and you get pulled into taking care of children and marriages and all that, and then your friends get neglected for years. But if it’s true that friendships are absolutely essential to happiness, it seems like this is something, as a culture, we should highlight.

The irony is that the fragility of friendship proves its purity. The reason why friends make us happier than any other relationship is that it’s voluntary. There’s no contract, and there’s no immediate, concrete penalty for not following through, like there is with these other relationships. That is the reason why friends make us happier than anything else—because it’s always voluntary. If they didn’t make you happy, you wouldn’t be there. If you didn’t like them, you wouldn’t spend time with them. You can stop liking your kids, you can stop liking your spouse, and you can definitely stop liking your boss. But if you stop liking your friends, you don’t spend any time with them.

Panio: You talk about maintaining friendships, because it’s very easy to neglect a friendship. And I was surprised by the stats on this—you said to make contact once every two weeks at least.

Eric: That was a research study done by Notre Dame University. They looked at two million phone calls over the span of years, and they found that the people who touch base every two weeks were the relationships that were likely to continue. Other research has shown that in seven years, half of close friendships are no longer close friendships. And one of the key patterns they found in the data was that if you touch base every two weeks, those were the people who kept calling one another over the course of the study.

Before the 19th century, loneliness did not exist.

Eric: Fay Bound Alberti, a historian at the University of York, found that for the 19th century, loneliness pretty much didn’t exist. You can see the word “lonely” used, but it doesn’t have that negative spin where it’s this terrible thing. It’s only in the 19th century and the Industrial Revolution where all of a sudden, we were able to live apart. Before then, we were always embedded in religions, nations, tribes, and communities, and there just wasn’t another option. Now we have the option to live apart, and that is really dangerous.

Robert Putnam at Harvard did research looking throughout the 20th century at the death of community. You look back to the 1950s, and you think about bowling leagues and the Elk Lodge—all of these things that just seem archaic. Where did all that go? What Putnam found was that with the advent of TV, we replaced those deeper social connections with parasocial relationships: television characters. In 2008, there was a writers strike in Hollywood, and a lot of TV shows stopped producing episodes. Researchers studied TV viewers, and what they found was that those were real relationships to these people, and not having their “friends” made them feel alone. Now in the 21st century, that’s only been accelerated with social media, where we’re replacing face-to-face time and community activities with Instagram and Facebook.

I don’t want to be one of these doomsayers who’s like, “Oh, social media is awful and terrible.” It’s not necessarily. But we only have so much time in the day for socializing, and if we completely replace real friendship with social media, that’s like living on a diet of junk food.

“If we completely replace real friendship with social media, that’s like living on a diet of junk food.”

Why active listening does not work.

Panio: Let’s move on to love, because this was a fun one. As someone who’s been married now for… I should know this number, but I don’t. It’s been a while.

Eric: We can edit this part out. You don’t want to get in trouble at home.

Panio: You know what it is? It’s been so blissful I don’t even try to quantify it. But I was thrilled that right off the bat, you talk about how active listening doesn’t work. I love this, because I feel like that’s a very common piece of advice given by couples therapists: “You need to actively listen. You need to repeat what the person says.” To me, I can’t do it with a straight face because it just sounds so patronizing. And apparently it doesn’t really work.

Eric: The issue is that it does work, in theory. It’s kind of like me saying, “You can be UFC Heavyweight Champion! Just walk into the ring and knock the guy out—it’s that simple!” In theory, that works. But I don’t know if I can do that. That other man is very scary.

That’s the issue with active listening. It works if you can do it, but most people can’t do it. Most people, in situations where emotions are running high, can’t be that calm and deliberate and non-reactive. So it’s a great idea, but it’s not something most people can realistically accomplish in our relationship discussions.

The meaning of life is belonging. Here’s how to get more of it.

Panio: The end of the book is very ambitious. I have to applaud you for deciding that you are going to answer the question, “What is the meaning of life?”

Eric: You know, I needed a little bit of filler before I ended the book.

“Belonging—feeling like you’re in a group where you are connected, you are supported—is what produces the feeling of meaning in our minds.”

When we ask the question, “What creates a feeling of meaning in life?”, it’s very clearly the issue of belonging. Research by Roy Baumeister showed that belonging—feeling like you’re in a group where you are connected, you are supported—is what produces the feeling of meaning in our minds. And that is the only meaning that is meaningful. That is the only meaning we will ever know. Yet belonging is sadly lacking in the modern world.

Panio: What are some ways we can boost that sense of belonging?

Eric: First and foremost is deepening those relationships. Time and vulnerability are the critical factors that deepen friendships, really getting to know someone. In the context of love, John Gottman, the leading researcher on marriage, calls it “love maps,” really getting to know your partner. Now, that sounds cliché—I know people have heard that a thousand times. But I’m not talking about what TV shows they like or how they like their coffee. I’m talking about big, hard questions, asking your partner: “What does marriage mean to you? What is a good husband to you? What is a good wife to you? What does love mean?” Those are tough questions, and the vast, vast majority of people don’t ask them. But getting the answers to those questions is kind of like getting answers to the test—it’s like cheating. Because those answers, if you go deep enough, are going to be very idiosyncratic, very personal. You’re going to realize that they don’t line up with yours, and that’s not a negative thing. You can work together to find something that honors both of your values.

The other part is looking at the issue of communities. There was a 2020 study that leaped out to me—they found that if you have five friends and they don’t know each other, versus if you have five friends who do know each other, there’s a huge difference. If it’s this hub-and-spoke relationship where you have five friends but they’re not connected, that’s great on a one-on-one basis. But once you have friends who all know each other, it starts to become a community. There’s a synergy there. There is a tremendous added value in communities and groups that even with the same number of people on a one-off basis can’t add. We need to think about how to build that back in, and not necessarily do it online in a very shallow, casual way. There’s something to that deep-seated connection, as opposed to just posting on a forum or sending a direct message, you know?

So, going deep with time and vulnerability with friends, love maps, asking those tough questions with romantic partners, and starting to transform individual friends into a community—these are all things we can do to deepen our relationships and get to that meaningful feeling of belonging.