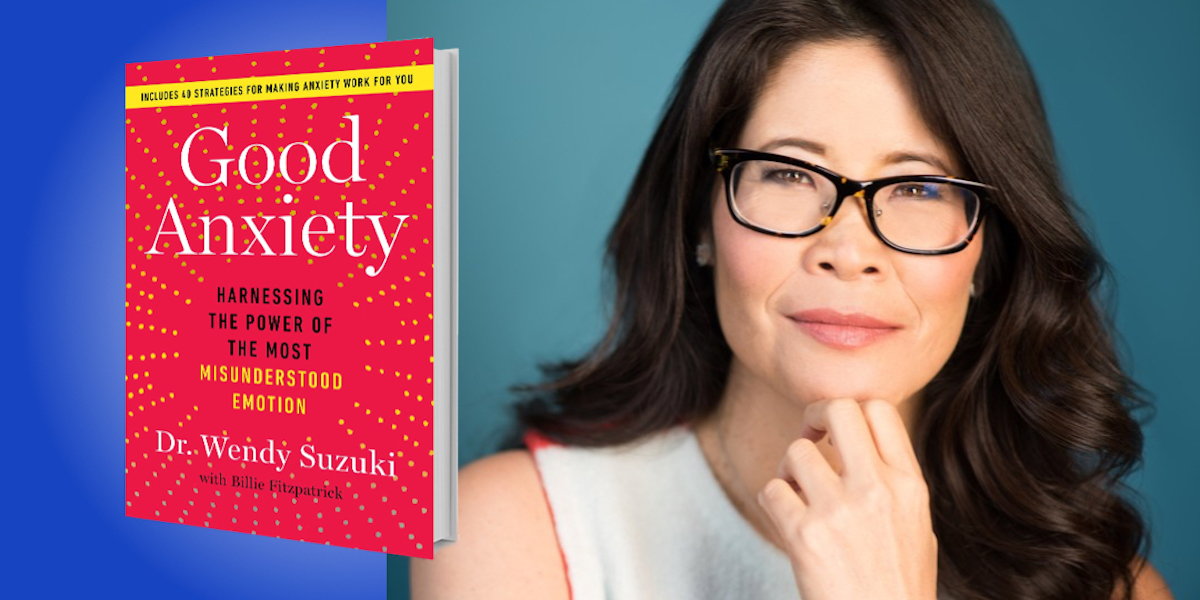 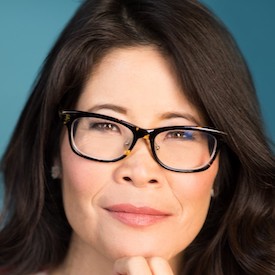 Dr. Wendy Suzuki is a professor of Neural Science and Psychology in the Center for Neural Science at New York University. Her primary research interest is brain plasticity. Her previous book, Healthy Brain, Happy Life: A Personal Program to Activate Your Brain and Do Everything Better, was the subject of a PBS television special.

Below, Wendy shares 5 key insights from her new book, Good Anxiety: Harnessing the Power of the Most Misunderstood Emotion, written with Billie Fitzpatrick. Listen to the audio version—read by Wendy herself—in the Next Big Idea App.

1. We’re living through an epidemic of anxiety.

Anxiety is that feeling of worry, nervousness, or unease about an imminent event or something with an uncertain outcome. And it’s more common than you may think, at least in its everyday, non-clinical form. Did you know that even before the start of the COVID-19 pandemic, 90% of Americans raised their hands when asked if they suffered from anxiety? I study anxiety professionally, and even I was surprised by this statistic. Given its current ubiquity, building a smart and science-based strategy to combat anxiety is critical.

Anxiety and its underlying physiological stress response evolved to protect us from danger and is critical for our survival. Imagine you’re an early human woman hundreds of thousands of years ago gathering berries by the edge of a creek while carrying a sleeping baby. Suddenly you hear the crack of a twig and you freeze. Your heart rate goes up. Your respiration goes up. Blood rushes from your digestive and reproductive systems out to your muscles, because in a few seconds, you’re either going to fight a big creature that might come at you from the woods, or you’re going to run away quickly.

“Our nervous system can’t differentiate between a predator that might come at us, or the possibility of a new coronavirus variant.”

This is the classic fight-or-flight response, undergirded by what’s called the sympathetic nervous system. As modern humans, our bodies respond to perceived threats in exactly the same way. The difference is that today, we have many more twigs cracking all around us. The news cycle and our Instagram feed are constant reminders of anxiety-provoking situations, and our nervous system can’t differentiate between a predator that might come at us, or the possibility of a new coronavirus variant. As a result, we have high levels of anxiety and stress.

However, if we can modulate this out-of-control anxiety response down to more normal levels, we can start to take advantage of the protective core of what our anxiety was meant to do.

3. How do I turn the volume down on my anxiety?

To turn down the volume on anxiety, we need to utilize the parasympathetic “rest-and-digest” nervous system. This is the relaxation response that kicks in after a danger has passed, and it restores the body to its non-stressed state. The easiest and fastest way to consciously invoke the parasympathetic system is deep breathing.

Try it now: Sit up in your chair, nice and straight. Put both feet down on the floor, and open your chest. Now inhale for a count of four, hold for four, exhale for four, then hold for four again. Repeat.

Even one round of this so-called “box breathing” can bring you back into the moment, and activate your parasympathetic nervous system. It may not work every single time, but more often than not, it will—even in the depths of an anxiety attack.

4. Learn to appreciate the uncomfortable emotions that come with anxiety and what they can teach us about ourselves.

While writing this book, I found myself making friends with my own anxiety. OK, it’s not a warm and cuddly friend—it’s more of a prickly friend. But I started to appreciate what those uncomfortable emotions taught me about myself.

“That social anxiety became one of my biggest gifts as a teacher—empathy for the shy students in my classroom.”

Let me give you a specific example. One of my oldest anxieties from childhood is social anxiety. I was a very shy young girl, and I was a wallflower in high school. Fast-forward to a very stressful time in my life when I was trying to earn tenure at NYU, and the strategy I chose was to isolate myself and do nothing but work, because I assumed that was the best way to be as productive as possible.

But I found myself experiencing really high levels of stress, and I only gradually realized how helpful it was to reach out to the friends that I had isolated myself from. While I still experienced social anxiety, I learned from it, and realized that maintaining social ties could be a buffer against other kinds of stress in my life. Leaning into your anxieties can teach you about your values and what helps you most in your life.

5. Anxiety can give you superpowers.

Learning to lean into anxiety provides extraordinary gifts. I describe six of these in the book, but I’d like to share my favorite one here, which is the superpower of empathy.

When I was younger, for example, my social anxiety not only kept me from making friends—it also affected my performance in the classroom, as I was fearful of speaking up, of asking questions and being wrong. As I became a teacher and a public speaker, I had to learn to overcome that anxiety. Today, because of my own experience as a shy, socially awkward student, I realized that I was unconsciously reaching out to all those students in my class that were just like I had been, that were a little shy and hesitant to interact in front of the whole classroom.

I found myself making sure there was plenty of time that students could interact with me casually, before or after class, or during office hours. I wanted to interact and talk to as many students as possible to make sure that they had a chance to tell me what they learned, to tell me what interested them in the classroom. I know how satisfying that is as a student, and I know how that feels as a shy, socially anxious student.

That social anxiety became one of my biggest gifts as a teacher—empathy for the shy students in my classroom. So my challenge for you is to look inside, examine your oldest anxiety, and ask yourself: How can you turn that around, and make it into a gift that you give to the rest of the world?

To listen to the audio version read by Wendy Suzuki, download the Next Big Idea App today: