It's Been Great, Emma and Beyoncé, But Here Comes the Backlash to Popular Feminism 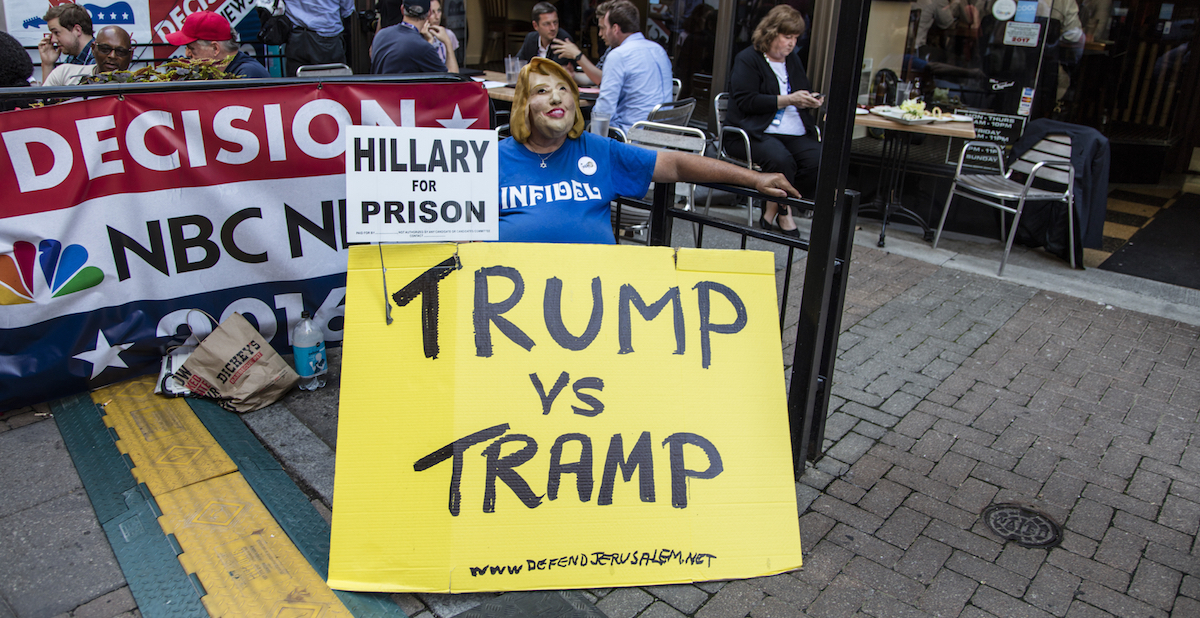 Since around 2010, feminism has been having a bit of a moment. With public endorsements by Emma Watson and Beyoncé, an ad campaign by Dove that garnered tens of millions of views, and massive sales of books like Sheryl Sandberg’s Lean In and Sophia Amoruso’s #Girlboss, pop feminism seems to have found mainstream acceptance. But is there a backlash in store? Rebecca Traister, journalist and author of All the Single Ladies: Unmarried Women and the Rise of an Independent Nation, certainly thinks so. With trends like #repealthe19th [Amendment] cropping up online—in response to a map showing that Hillary Clinton would win by a landslide if women alone voted—and T-shirts saying “Trump That Bitch” popping up at rallies, vocal anti-women sentiment is perhaps on the verge of becoming more visible, and angry. In a recent Heleo Conversation, Rebecca talked with author Moira Weigel about what a backlash would look like. Here’s a rundown:

1. The rise of single women and women’s movements.

Historically, single ladies cause trouble—that is, they go to work and get involved in social movements. In the late 1800s, for example, after a large number of American men had died in the Civil War or headed West to seek a fortune, there were a lot of women left behind without men to marry. Rebecca notes that it was “those women who, untethered from all-consuming responsibilities of wifeliness and maternity, suddenly turned their efforts toward really disruptive social movements. Abolition, suffrage, the opening of women’s colleges, the temperance movement.”

Now, there are fewer Americans getting married than ever, and social movements promoting the rights of women, people of color, and members of the LGBTQIA community are gaining traction, particularly among the young.

2. Pushback and a re-emphasis on traditional gender roles.

After all that 19th century pot-stirring, the early 20th century wanted ladies to just calm down. The idea of dating took off, and the medical establishment began to see singlehood as a problem for women, associated with frigidity. Rebecca adds that this pattern was “re-encouraging the early pursuit of male partnership after some decades in which women were not marrying and causing a lot of trouble.”

3. Expect even more anti-Hillary sentiment, especially if she gets elected.

So what will the backlash look like? According to Rebecca, there’s potential for both policy and cultural pushback. She warns that under a Trump presidency that includes a conservative court and Congress, “if you made contraception inaccessible, prevented women from exercising their full reproductive rights, did not raise a minimum wage, did not protect equal pay, do not subsidize daycare: if you do all this, you can reassemble a social and economic structure in which women are wholly dependent on men again.”

But if Hillary wins? “If Hillary Clinton wins the presidency,” Rebecca says, “you will have a tremendous opening, as we did under the Obama administration, in which all kinds of racial resentments were aired. You’re going to have an airing of grievance. A lot of that will come from the right wing.”

But if backlash is the price to pay for legitimate steps towards women’s equality, then, in Rebecca’s view, so be it. This, she says, is the story of American social progress: “fits and starts, big leaps, and then pushbacks, circular movement, argument and resistance.”