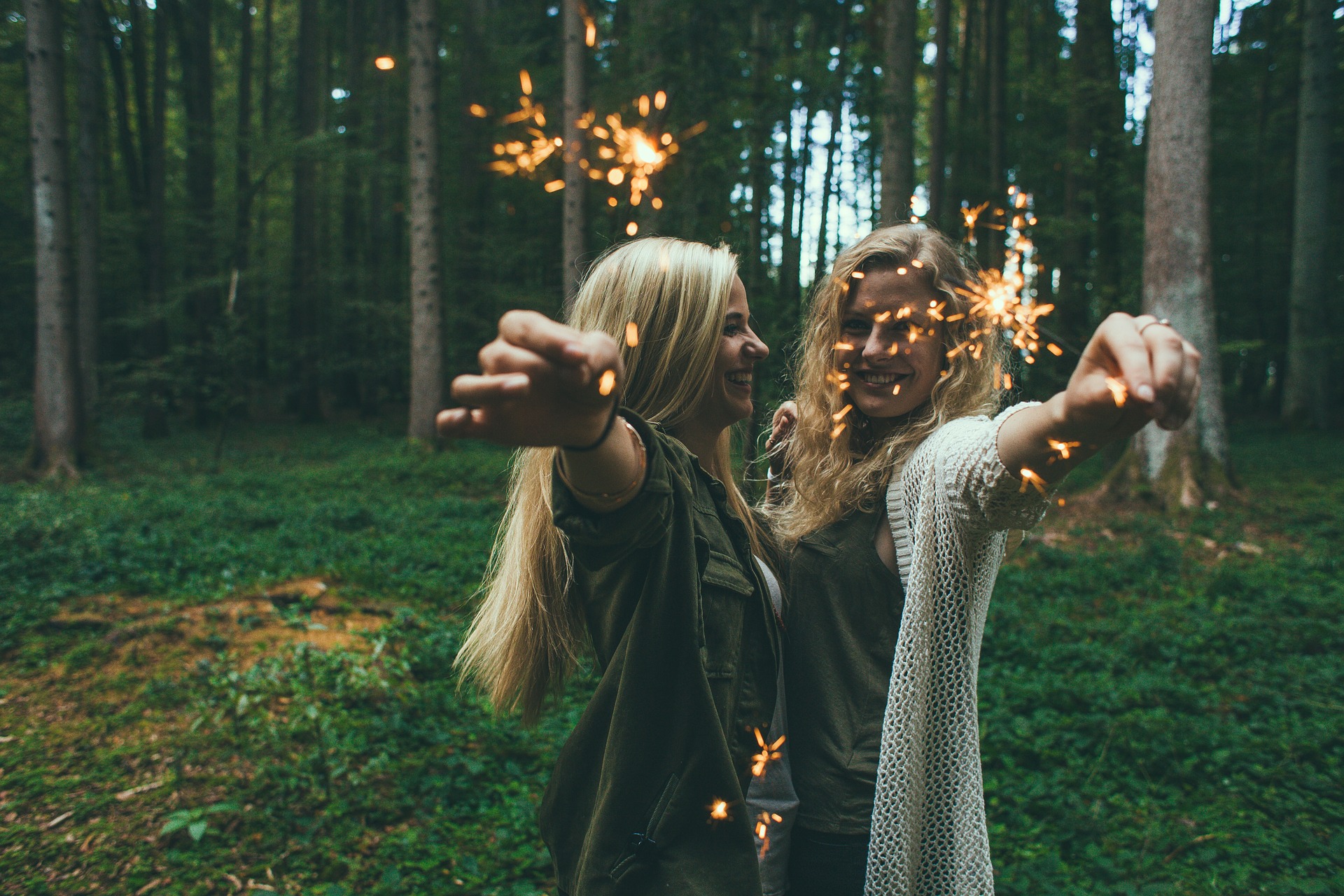 Ancient philosophers and scientists agree: strong social ties are the KEY to happiness. You need close, long-term relationships; you need to be able to confide in others; you need to belong; you need to get and give support. Studies show that if you have five or more friends with whom to discuss an important matter you’re far more likely to describe yourself as “very happy.”

Not only does having strong relationships make it far more likely that you take joy in life, but studies show that it also lengthens life (incredibly, even more than stopping smoking), boosts immunity, and cuts the risk of depression.

“Okay, okay,” you’re thinking, “I get it — but it’s not that easy to make new friends.” Here are some strategies to try, if you’re eager to make friends but are finding it tough:

Just as Woody Allen said that “Eighty percent of success is showing up,” a big part of friendship is showing up. Whenever you have the chance to see other people, take it. Go to the party. Stop by someone’s desk. Make the effort. Also, the mere exposure effect describes the fact that repeated exposure makes you like someone better – and makes that person like you better, too. You’re much more likely to become friends with someone if you see him or her often. I’ve seen this happen over and over in my life. I’ve become close to unlikely people, just because circumstances put us in constant contact.

Being part of a natural group, where you have common interests and are brought together automatically, is the easiest way to make friends: starting a new job, taking a class, having a baby, joining a congregation, or moving to a new neighborhood are great opportunities to join a group. If those situations aren’t an option, try to find a different group to join. Get a dog, for example. Or pursue a hobby more seriously. An added advantage to making friends through a group is that you can strengthen your friendships to several people at once — very helpful if you don’t have a lot of free time.

If you can’t find an existing group to join, start a group based around something that interests you. My children’s literature reading groups – (yes, now I’ve helped start TWO of these groups — the first one became so large that we had to close it to new members) are among the top joys of my life. Studies show that each common interest between people boosts the chances of a lasting relationship, and also brings about a 2% increase in life satisfaction, but I’m confident that my kid lit groups have given me a lift in life satisfaction much higher than two percent. Movies, wine, cheese, pets, marathon-training, a language, a worthy cause…I know people in all these sorts of groups.

4. Say nice things about other people.

It’s a kind way to behave; also, studies show that because of the psychological phenomenon of spontaneous trait transference, people unintentionally transfer to you the traits you ascribe to other people. So if you tell Jean that Pat is arrogant, unconsciously Jean associates that quality with you. On the other hand, if you say that Pat is hilarious, you’ll be linked to that quality.

This strategy sounds very calculating, but it has really worked for me. When I enter a situation where I meet a new set of people, I set myself the goal of making three new friends. This seems artificial, but somehow, this shift makes me behave differently, it makes me more open to people, it prompts me to make the effort to say more than a perfunctory hello.

6. Make an effort to smile.

Big surprise, studies show that the amount of time you smile during a conversation has a direct effect on how friendly you’re perceived to be. In fact, people who can’t smile due to facial paralysis have trouble with relationships.

“Triadic closure” is the term for the fact that people tend to befriend the friends of their friends. So friends-of-friends is an excellent place to start if you’re trying to expand your circle.