Feeling Like a Zombie at Work? 14 Tips for Holding a Productive Meeting 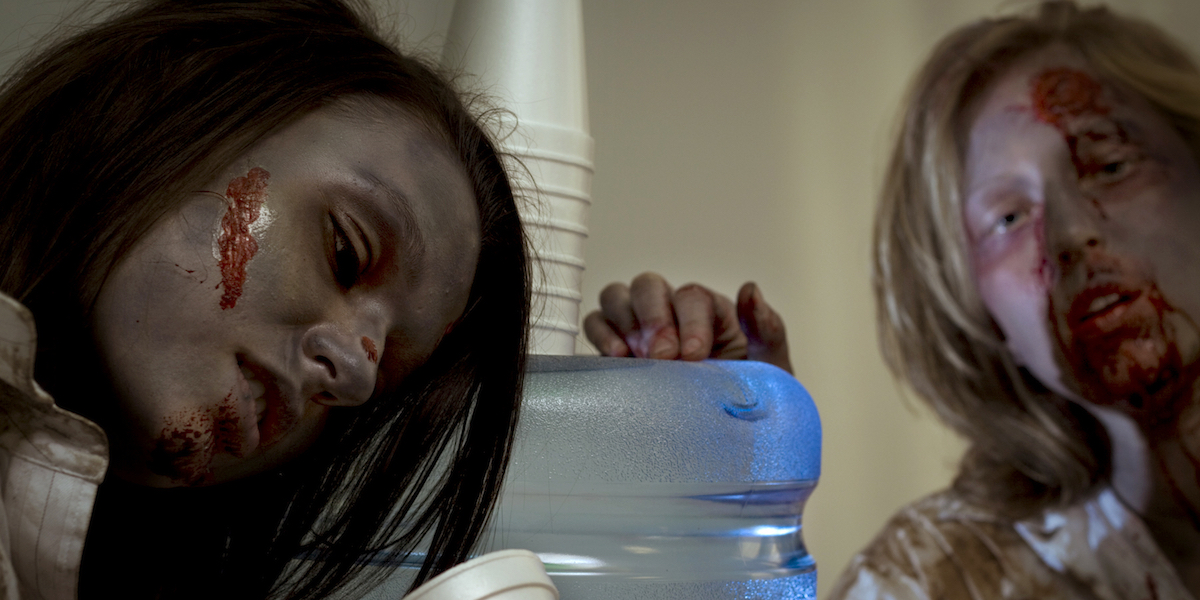 Nothing drains happiness faster than a long, unproductive meeting. You’re bored; you’re not getting anything done; emails are piling up while you sit, trapped. Just think: if you cut out just one hour of meeting time each week, you’d have an extra week for work – or fun – by the end of the year.

On the other hand, I disagree with people who argue that we should have no meetings. A productive meeting can be tremendously valuable, a big time-saver, and even exhilarating.

Here are some strategies I try to deploy:

1. Very obvious: Start on time, and end on time. Once people see that meetings are starting late, the bad habit builds, because people see there’s no point in showing up promptly. Here’s one solution: a friend worked at a law firm that fined partners $100 if they were late to a meeting, which turned out to be very effective. If the meeting has to run long, say, “We’re not through with the seven points, so can everyone stay fifteen extra minutes to wrap up?” That way, people know that the end is in sight.

2. At the same time, remember that it’s helpful to spend a little time in chit-chat. For a long time, I didn’t believe this to be true, and I tried to be hyper-efficient, but now I realize that it’s important – and productive – for people to have a chance to relate on a personal level. People need to build friendships, they need a chance to show their personalities, they need to establish rapport. Meetings are very important for this process.

3. If some people hesitate to jump in, or stop talking if interrupted, find a way to draw them out. Ability to grab the floor doesn’t necessarily correlate with capacity to contribute.

4. My father once gave me a brilliant piece of advice: “If you’re willing to take the blame, people will give you the responsibility.” Meetings often involve blame-giving and blame-taking, and although it’s not pleasant to accept blame, it’s a necessary aspect of getting responsibility (if deserved, of course). Proving my father’s point, one of my best meeting experiences ever was a time when I took the blame – rightly – for something done by a team of people working with me. Doing this ended up dramatically increasing my organizational credibility on all sides.

5. Share the credit. Along with blame, a meeting is also a great place to give people credit. Be quick to point out great work or to call for a round of applause for a colleague. People often act as though credit is a zero-sum goody, and if they share credit, they’ll get less themselves. From what I’ve seen, sharing credit not only doesn’t diminish the number of gold stars you get, but adds to them – because people so admire the ability to give credit. (Gold star junkie that I am, I pay close attention in this area.)

6. Making people feel stupid isn’t productive, and it isn’t kind. A friend has a good suggestion: “Be cheerfully, impersonally decisive.”

7. Have an agenda and stick to it. If possible, circulate the agenda in advance, along with anything else that needs to be read to prepare for the meeting. Make sure people know if they should bring anything. Along the same lines…

8. Never go to a meeting if you don’t know why you’re supposed to be there! This seems obvious, but it’s a situation that arises surprisingly frequently. I just made this mistake recently.

9. Regular meetings should be kept as short as possible and very structured. Have rules for canceling the meeting when appropriate – if such-and-such doesn’t happen, if only a certain number of people can attend, etc.

10. Don’t say things that will undermine or antagonize other people. Guess what? Turns out they do in fact notice this, and they don’t appreciate it. If you wonder if you’re an offender, check yourself against this list.

11. If a meeting is long, schedule breaks when people can check their email and phones. Otherwise, they get very distracted by feeling they’ve been out of touch for too long (for some people, this takes about ten minutes), and they start sneakily emailing under the table. As if no one will notice. Which they do.

12. Meetings should stay tightly focused. If people want a chance to discuss side issues, theoretical problems, or philosophical questions that aren’t relevant to the purpose of the meeting, they should meet separately.

13. Here’s a radical solution: no chairs. In Bob Sutton’s terrific book, The No A****** Rule, (written that way not out of prudery but to avoid spamblockers), he points to a study that showed that people in meetings where everyone stood took 34% less time to make an assigned decision, with decisions that were just as good as those made by groups who were sitting down.

14. Perhaps most important: Be very specific about the “action items” (to use the business-school term). Who is agreeing to do what, by when? Make sure someone keeps track of what is supposed to happen as a consequence of the meeting, and at the meeting’s end, review these items so it’s crystal clear to everyone. I now never leave a meeting without my own list of what I need to get done, for whom, and by when.