The Hidden Habits of Genius: Beyond Talent, IQ, and Grit—Unlocking the Secrets of Greatness 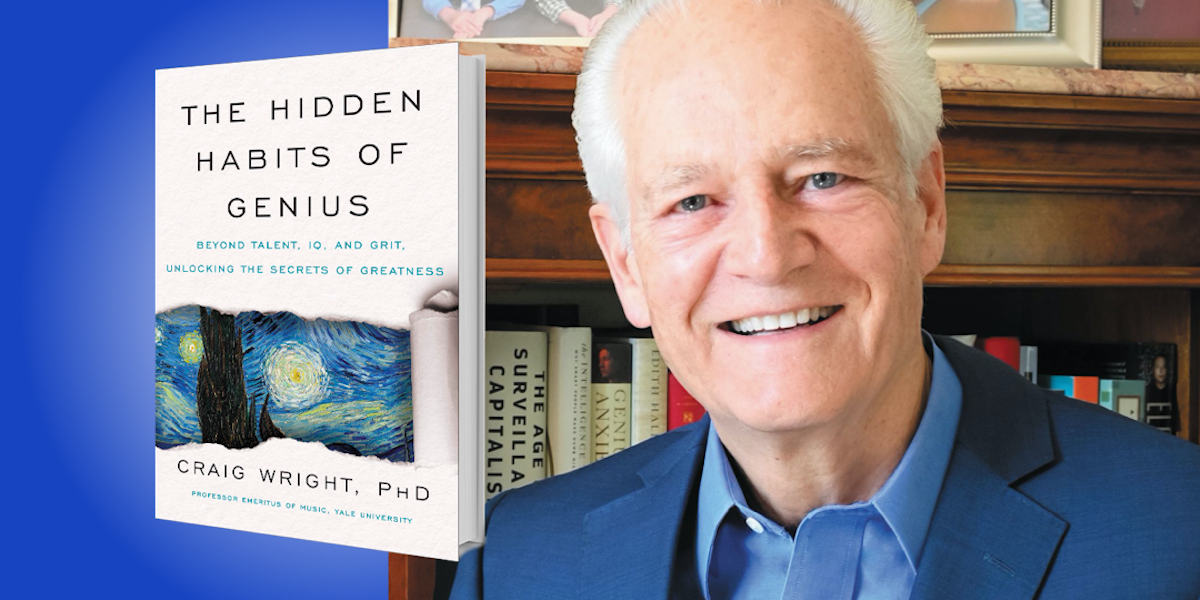 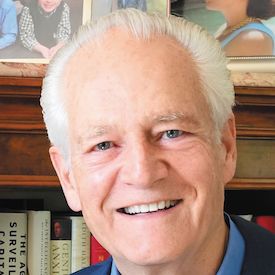 Craig Wright is a Professor Emeritus at Yale University, where he originated the popular undergraduate course, “Exploring the Nature of Genius.” A Guggenheim Fellow, Wright has received an honorary Doctorate of Human Letters from the University of Chicago, and is a member of the American Academy of Arts and Sciences.

Below, Craig shares 5 key insights from his new book, The Hidden Habits of Genius: Beyond Talent, IQ, and Grit—Unlocking the Secrets of Greatness. Download the Next Big Idea App to enjoy more audio “Book Bites,” plus Ideas of the Day, ad-free podcast episodes, and more.

Next Big Idea Club · The Hidden Habits of Genius: Beyond Talent, IQ, and Grit―Unlocking the Secrets of Greatness

1. There’s a formula for genius.

The word “genius” is often thrown around, but rarely defined. In my research, I’ve developed a working definition using the formula G = S x N x D. That is, Genius = Significance x Number of people impacted x Duration. As an example, Alexander Fleming’s discovery of penicillin saved lives (making it significant), impacted a very large number of people (it’s saved an estimate 200 million lives) over a long period of time (penicillin has been around now for 80 years). Therefore, by my definition, the discovery of penicillin certainly counts as an act of genius. However creative they may be, people whose work doesn’t have broad significant impact or stand the test of time don’t qualify as geniuses.

2. Genius is hard to measure.

Standard measures of intelligence—like IQ tests and academic grades—fail to capture some of our most brilliant minds. Among the ranks of the famously underachieving in school were J.K, Rowling, William Faulkner, Thomas Edison, Winston Churchill, and Steve Jobs, who graduated from high school with a 2.65 grade point average. Good grades can be helpful for getting ahead in life, but they are poor indicators of genius.

3. Cultivate the traits of genius.

Although we often think of the genius as a lone, idiosyncratic figure, there are in fact traits that are common to all of history’s most brilliant minds. The most notable of these are:

“Inspiration is for amateurs. The rest of us just show up and get to work.”

4. Genius is the product of habit.

By doing things consistently, but in an unorthodox fashion, geniuses develop a lifestyle that is both habitual and creative. They tend to ground their passion and curiosity in well-established daily routines, rather than waiting for inspiration to strike. As painter Chuck Close once said, “Inspiration is for amateurs. The rest of us just show up and get to work.”

Setting goals that are always just out of reach is a great way to keep yourself consistently motivated. It can also be a recipe for longevity. My research suggests that geniuses live on average 10-15 years longer than the population in general, which I suspect is because they’re inspired to keep pursuing elusive goals. Sculptor Henry Moore, who died at age 88, said: “The secret of life is to have a task, something you devote your entire life to, something you bring everything to, every minute of every day for the rest of your life. And the most important thing is, it must be something you cannot possibly do.” Having an obsession not only makes you happier—it also keeps you alive.