Inclusify: The Power of Uniqueness and Belonging to Build Innovative Teams 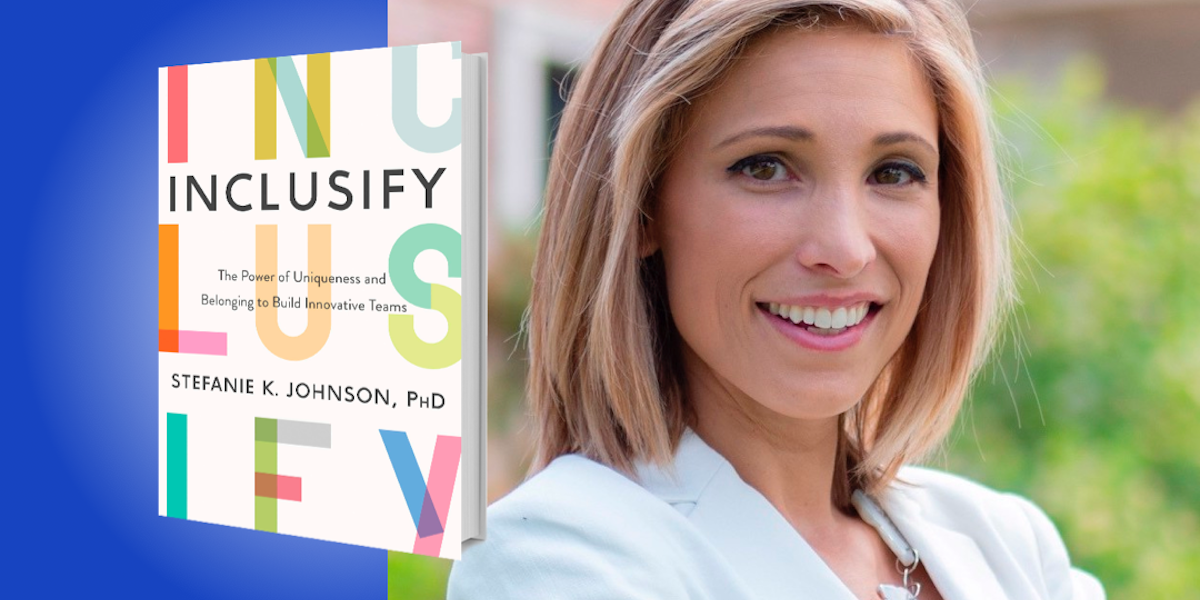 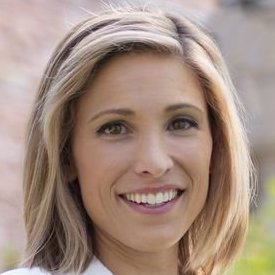 Stefanie K. Johnson is an Associate Professor of Management at the Leeds School of Business, University of Colorado Boulder. Johnson has received several million dollars in federal and other grant funding to study leadership and create leadership development programs. Her work has been featured in The Economist, Newsweek, Time, and CNN.

Below, Stefanie shares 5 key insights from her new book, Inclusify: The Power of Uniqueness and Belonging to Build Innovative Teams. Download the Next Big Idea App to enjoy more audio “Book Bites,” plus Ideas of the Day, ad-free podcast episodes, and more.

Next Big Idea Club · Inclusify: The Power of Uniqueness and Belonging to Build Innovative Teams

1. The business case for diversity and inclusion.

There are many statistics that capture the benefit of having diverse perspectives in your organization. For example, if just one member of your team reflects a new target market, you’re 158% more likely to capture that target market. For every 1% increase in gender and racial diversity, you get a corresponding 3 and 9% increase in sales. When we work with people who are similar to us, we have what’s called a “shared information bias” in which we’re less likely to share information because we assume that everyone already knows it. But when we work with individuals who are different, we don’t make that assumption, and are therefore more likely to put novel information into the conversation. Ultimately, diverse teams are less likely to suffer from groupthink, they make better decisions, and they generally have better innovation and performance.

2. A level playing field does not exist.

We want to believe that everyone has an equal opportunity to get ahead, but there are huge disparities around race and gender that cannot be ignored. For every dollar of wealth held by white people in the United States, Black families have only five cents, and Hispanic people have six cents. So how can we expect Black and Latinx students to have equal chances of getting into great schools? Indeed, fewer than 5% of students in top universities come from the bottom 20% of earners in America. Moreover, one study showed that when you tell people that you’re making a decision based on meritocracy, they become more biased in favor of white men. So even the idea of meritocracy causes us to make unmeritocratic decisions.

“For every dollar of wealth held by white people in the United States, Black families have only five cents, and Hispanic people have six cents.”

3. Each of us has the power to increase inclusion in our workplaces.

People often feel the least inclusion in meetings where they feel invisible. Maybe no one makes eye contact with them, uses their name, or acknowledges the value of their work. But each of us has the power to ensure that all of our coworkers are seen. We can engage with people and have empathy for their experiences. We can give one another the same micro-affirmations that we often give to majority group members, like smiling, nodding, and making eye contact. We can also acknowledge biased organizations, and call attention to how a given system may disproportionately impact one group over another.

4. We can redesign meetings to be more inclusive.

Managers and leaders can reorganize meetings so that everyone is heard. That could mean sending out meeting questions in advance, collecting people’s responses beforehand, and then going through each person’s ideas, one by one. Kevin Lofton, the CEO of Catholic Health Charities, would even include a devil’s advocate in every meeting, someone who was asked to give dissenting opinions regardless of whether they agreed with the ideas being shared. At the end of the day, it’s about creating a psychologically safe environment where failure is accepted and different ideas are valued.

5. Diversity and inclusion must be intentional.

Diversity and inclusion initiatives are most successful when we create specific, measurable goals and ensure accountability. This means starting by looking at the data to determine where your organization’s biggest diversity and inclusion gaps lie. Are they in recruitment, or in selection, or in promotion once people come into the organization? Look at your turnover numbers—are you losing more women and people of color? Do you have similar opportunities for men and women, for people of color and whites when it comes to things like mentoring, sponsorship, and leadership development? Most organizations don’t, but those things can all be fixed; it just requires action, intention, and accountability.