Influence Is Your Superpower: The Science of Winning Hearts, Sparking Change, and Making Good Things Happen 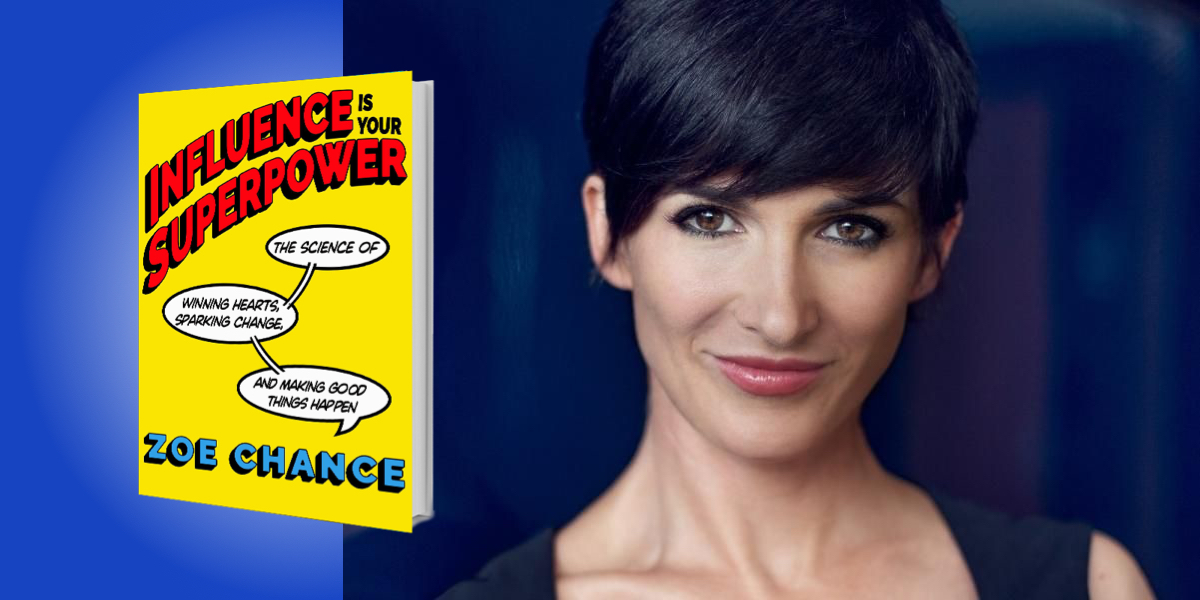 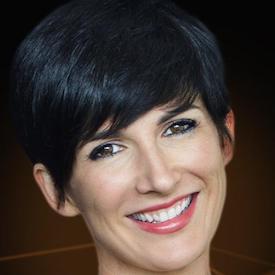 Zoe Chance is a behavioral scientist and professor. She runs a course at Yale School of Management called Mastering Influence and Persuasion, and it ranks as their most popular elective. Prior to Yale, Zoe managed a $200 million segment of the Barbie brand at Mattel, and acted on stage and film. Her research has been published in top academic journals like Proceedings of the National Academy of Science and Psychological Science, and covered in media outlets like the New York Times, the Wall Street Journal, The Economist, and the BBC.

Below, Zoe shares 5 key insights from her new book, Influence Is Your Superpower: The Science of Winning Hearts, Sparking Change, and Making Good Things Happen. Listen to the audio version—read by Zoe herself—in the Next Big Idea App.

1. Making it okay for someone to say no makes them want to say yes.

What do you wish for? Maybe you’re hoping to find meaningful work, lead a successful team, get a raise, share your art, fall in love and have a happy relationship, change a policy, change a politician, or save the planet. Or maybe, right now, you’d just like to get your kids to bed before you’re exhausted. The only way to make your dreams come true is to influence other people to change their behavior.

Trying to influence someone means you’re a threat to their time, money, pride, or social capital. Most importantly, influence threatens their attention. Attention is in short supply, and they’re already handling hundreds of influence attempts per day from marketing, kids, bosses, and internal temptations. It’s no wonder that when someone realizes you’re trying to influence them, their gut reaction is to say no or tune you out. They meet your pressure with resistance.

But when you make an invitation without any pressure whatsoever, they become inclined to lean forward. It’s one of the aikido moves for handling resistance. All you have to do is add a softener to your request like, “I know you’re probably busy,” or “please don’t say yes unless you really want to do this,” or “would you feel comfortable?”

Keep in mind that people are more likely to say yes to a face-to-face request, and far less likely to respond to a social media post. The pressure and likelihood of saying yes depend on the closeness of the interaction. Use your own judgment about balancing the two, and focus on the long run. Conversion doesn’t happen in one conversation—it happens in a relationship.

Influence isn’t rocket science, but it is a science—which is great news, because that means it can be mastered by nerds like us. If you’ve read other “big idea” books, you may have learned something about what behavioral economists call System 1 and System 2.

In a nutshell, there are two internal systems governing all our thinking and behavior. The first is fast, unconscious, emotional, and instinctive; these are your gut reactions. The second is slow, conscious, effortful, and seemingly rational; these are your deliberate decisions.

We tend to overestimate the conscious system because it’s the only one we can experience, but the unconscious mind is far more powerful. Being influential requires us to focus first and foremost on people’s gut reactions, and on making their path to a choice as easy as possible.

3. The best predictor of behavior is ease.

The biggest misperception about changing minds is that you need to do it at all. A lot of our behavior doesn’t reflect any conscious thinking; that’s why the best predictor of behavior is ease. It’s more powerful than motivation, price, quality, satisfaction, or intentions.

You might not be selling something, but you can still take inspiration from a little-known marketing metric for measuring ease called the Customer Effort Score, which comes down to a simple question: How easy was it?

How customers answer explains one-third of their willingness to buy again, increase their business with the company, or rave about it to others. The Customer Effort Score is 12 percent more predictive of customer loyalty than customer satisfaction.

Ease makes people happy, and effort can really annoy people. In a study of 75,000 customer service calls, researchers found that 81 percent of customers who reported a difficult experience said they intended to complain to friends or post negative reviews, while only 1 percent of customers who reported having an easy experience said they would do the same. So whenever you want to influence behavior, make that behavior as easy as possible.

When I ask people which influence skill they’d like to master, the most common answer is charisma. When I ask what that means, they tell me charisma means people pay attention to you. So how do we get people to pay attention to us? You could run through the office in your underwear, but that’s not exactly charismatic, is it?

The most charismatic performer I’ve ever seen was Prince. As he took the stage, he looked right into my eyes (I was sure) and I took my friend’s arm and whispered, “Oh my God, I’m going to faint!” At that moment, the woman on the other side of me fell to the floor, unconscious, knocked out by Prince’s powerful charisma. The paramedic who loaded her onto a stretcher told me it wasn’t an unusual occurrence.

If I didn’t know better, I would have imagined Prince was supernaturally gifted. But the truth is that he was so uncharismatic that when Warner Brothers signed him and he had a #1 Billboard hit, they wouldn’t let him go on tour! He was such a nervous performer that he’d play with his back to the audience. When he spoke, it was barely a whisper. That all changed when Rick James invited him to join his tour as the opening act. Prince studied James’ moves, the way he interacted with the audience, and, most importantly, how he directed his attention. Prince completely transformed himself.

You don’t have to be loud to be charismatic. You also don’t have to wear lingerie on stage or play an electric guitar—you can master charisma with simple tools. You can become more charismatic–someone people want to pay attention to–with a few tweaks to your language, body language, and your attention.

The simplest charisma hack is to practice focusing your attention on people one at a time. Start by asking questions and using people’s names more often. Pronouns reveal where your attention is focused (and I don’t mean gender pronouns). To have charisma is to shine so that other people feel like they’re the only one in the room, and people want to say yes to you.

As our paths cross, entwine, diverge, and reconnect, we form a greater whole—an interconnected web of influence. You are already part of this collective power. The root of the word “influence” is the Latin influere, to flow in—as a river, a current. Your influence flows from other people and to other people, and from them to others, and so on. Sometimes you’re aware of your own ripple effects, sometimes not.

Few of history’s turning points can credit just one hero. Instead there was an army of angels who spread the word, or they stepped up and did it. Working together in 1943, the Danish people saved 99 percent of their Jewish neighbors from the Holocaust. In the middle of the night, they ferried them in tiny fishing boats to Sweden and safety. In 2005, the “Cajun Navy” rescued 10,000 of their neighbors from Hurricane Katrina. Rebecca Solnit writes in Hope in the Dark:

In Hurricane Katrina, hundreds of boat-owners rescued people—single moms, toddlers, grandfathers—stranded in attics, on roofs, in flooded housing projects, hospitals, and school buildings. None of these people said, I can’t rescue them all. All of them said, I can rescue someone, and that’s work so meaningful and important I will risk my life and defy the authorities to do it. And they did.

Sometimes we succeed, and sometimes our hearts break open. Sometimes inspiration strikes, our timing is perfect, luck is on our side, and the gates of heaven part for us. And all the time, the seeds of our influence are floating off like the tufts of a dandelion, carried on the wind. Whether we mean to or not, we are planting seeds. We are making history.

To listen to the audio version read by author Zoe Chance, download the Next Big Idea App today: