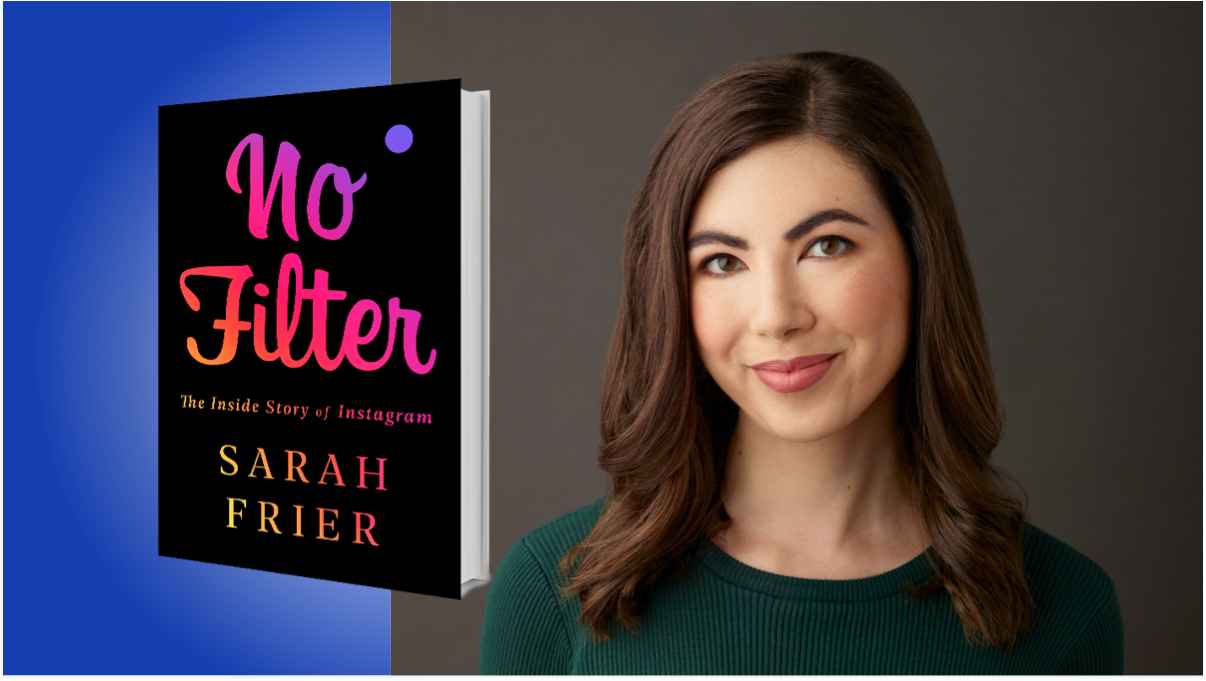 Sarah Frier is a Bloomberg News reporter whose new book is No Filter: The Inside Story of Instagram. Her award-winning features and breaking stories have earned her a reputation as an expert on how Facebook, Instagram, Snapchat, and Twitter make business decisions that affect their future and our society. She is also a frequent contributor to Bloomberg Businessweek and Bloomberg Television.

Below, Sarah shares 5 key insights from No Filter in this exclusive Next Big Idea Club Book Bite.

1. Instagram is the ultimate benchmark of relevance in modern society.

If you “win” at Instagram, you can skip past society’s normal gatekeepers and chart the life you want. More than six million people have Instagram followings over one million, and more than 200 million people have followings over 50 thousand, the level at which they can potentially make a living. Brands call those people “influencers,” and pay them to incorporate products into their posts. Also, any business that builds something visual (food, makeup, fashion, home decor, etc.) has to think about how it will perform on Instagram, changing what products are available and how they’re sold.

2. The design of Instagram puts immense pressure on us to perform.

Instagram was launched in 2010 as a marriage of art and technology, allowing people to make their otherwise grainy and poorly lit photos seem artsy and nostalgic. But Instagram profiles have now become life résumés—people check Instagram to see if someone is worth dating, or accepting into a fraternity, or hiring for a job. So people go out of their way to achieve Instagram eye candy, using apps to airbrush their skin or shape their figures. This is causing feelings of insecurity and inadequacy, and a mental health crisis for teens.

Unlike Facebook and Twitter, Instagram has a thesis about what kind of content they want to become more popular. They have an editorial strategy to promote their favorite users, helping them get attention and even brand deals. The corporate account, @instagram, has about 350 million followers—more than any Kardashian—and when the company picks people to feature there, they become instantly more famous. Instagram also has a robust partnerships team that personally tends to A-list celebrities, sometimes shaping the product based on their needs. All this means that Instagram is not a level playing field.

4. Every company ends up being a reflection of its founders.

In 2012, Instagram sold to Facebook for $1 billion. They took the deal in part because Mark Zuckerberg, the CEO of Facebook, promised Kevin Systrom, the CEO of Instagram, that his app could operate completely independently. Systrom cared about doing things in the best way possible—he would develop deep interests and obsessions about everything from coffee to the stitching of Italian leather. So Instagram was the perfect app for Systrom, as it highlights people who are the best at what they do. He thought he could hold on to his product sensibilities, and that Zuckerberg would leave him alone—but he thought wrong.

After the 2016 presidential election, Facebook was blamed for manipulating public discourse because it allowed misinformation from Russia to go viral. While the company was facing scrutiny, Instagram was thriving, considered an escape from Facebook to a happier place. Zuckerberg started to think that his own acquired product—Instagram—was siphoning away attention from Facebook. So he cut off some of Instagram’s independent resources, and at the end of 2018, the Instagram founders left their creation. Today, Instagram is much less independent; the immense power that Instagram built over our culture is now completely in Mark Zuckerberg’s control.