2 Minutes Is All It Takes to Break Your Procrastination Habit 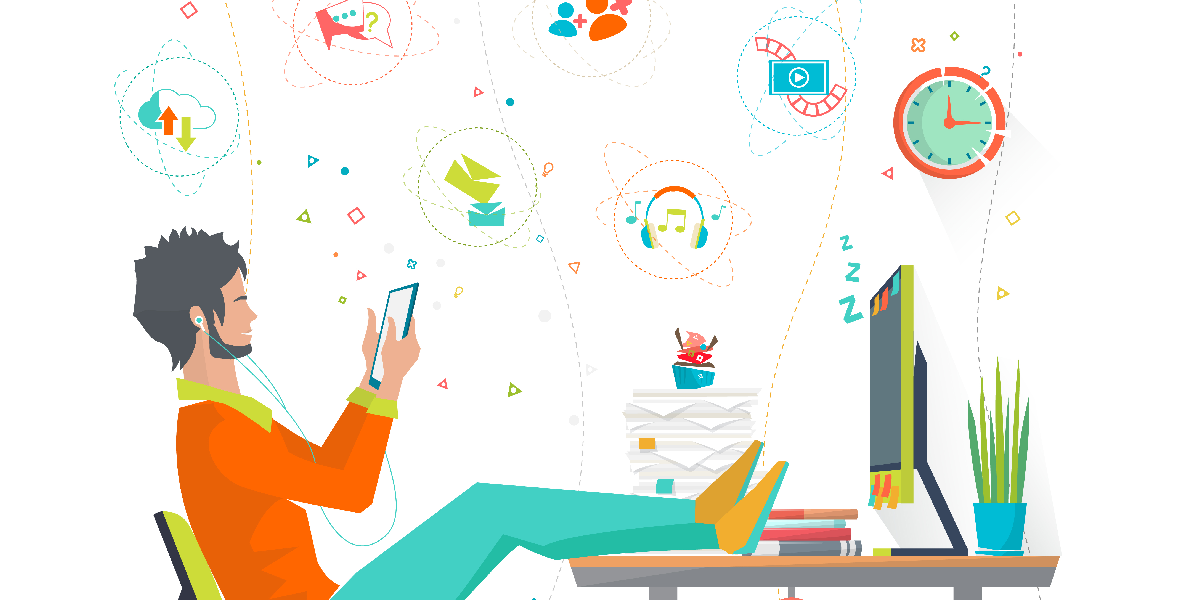 Recently, I’ve been following a simple rule that is helping me crush procrastination and making it easier for me to stick to good habits at the same time.

I want to share it with you today so that you can try it out and see how it works in your life. The best part? It’s a simple strategy that couldn’t be easier to use.

I call this little strategy the “2–Minute Rule” and the goal is to make it easier for you to get started on the things you should be doing.

Most of the tasks that you procrastinate on aren’t actually difficult to do — you have the talent and skills to accomplish them — you just avoid starting them for one reason or another. The 2–Minute Rule overcomes procrastination and laziness by making it so easy to start taking action that you can’t say no.

There are two parts to the 2–Minute Rule…

Part 1 — If it takes less than two minutes, then do it now.

Part I comes from David Allen’s bestselling book, Getting Things Done. It’s surprising how many things we put off that we could get done in two minutes or less. For example, washing your dishes immediately after your meal, tossing the laundry in the washing machine, taking out the garbage, cleaning up clutter, sending that email, and so on.

If a task takes less than two minutes to complete, then follow the rule and do it right now.

Part 2 — When you start a new habit, it should take less than two minutes to do.

Can all of your goals be accomplished in less than two minutes? Obviously not.

But, every goal can be started in 2 minutes or less. And that’s the purpose behind this little rule. It might sound like this strategy is too basic for your grand life goals, but I beg to differ. It works for any goal because of one simple reason: the physics of real life.

The Physics of Real Life

As Sir Isaac Newton taught us a long time ago, objects at rest tend to stay at rest and objects in motion tend to stay in motion. This is just as true for humans as it is for falling apples.

The 2–Minute Rule works for big goals as well as small goals because of the inertia of life. Once you start doing something, it’s easier to continue doing it. I love the 2–Minute Rule because it embraces the idea that all sorts of good things happen once you get started.

The most important part of any new habit is getting started — not just the first time, but each time. It’s not about performance, it’s about consistently taking action. In many ways, getting started is more important than succeeding. This is especially true in the beginning because there will be plenty of time to improve your performance later on.

The 2–Minute Rule isn’t about the results you achieve, but rather about the process of actually doing the work. It works really well for people who believe that the system is more important than the goal. The focus is on taking action and letting things flow from there.

I can’t guarantee whether or not the 2–Minute Rule will work for you. But, I can guarantee that it will never work if you never try it.

The problem with most articles you read, podcasts you listen to, or videos you watch is that you consume the information but never put it into practice.
I want this article to be different. I want you to actually use this information, right now.

What’s something you can do that will take you less than two minutes? Do it right now. Anyone can spare the next 120 seconds. Use this time to get one thing done. Go.

A version of this post appeared on James Clear’s blog, where he writes about habits, behavioral psychology, and performance improvement.