Conquer Procrastination With a Little Help from Seinfeld 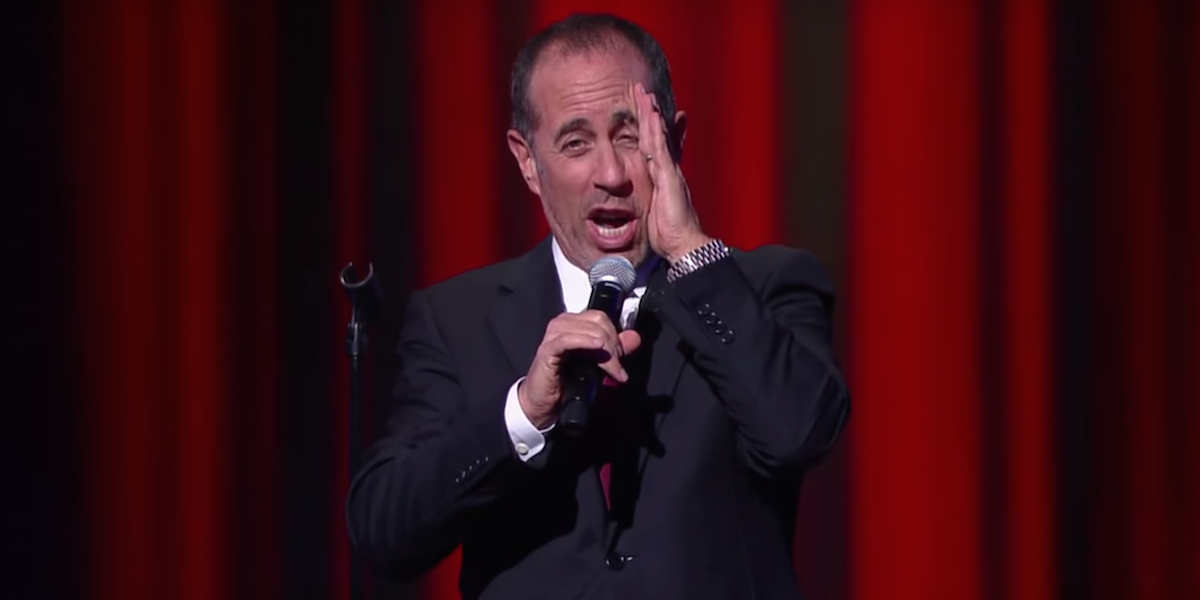 Jerry Seinfeld is one of the most successful comedians of all‐time.

He is regarded as one of the “Top 100 Comedians of All–Time” by Comedy Central. He was also the co–creator and co–writer of Seinfeld, the long–running sitcom which has received numerous awards and was claimed to have the “Top TV Episode of All–Time” as rated by TV Guide.

According to Forbes magazine, Seinfeld reached his peak in earnings when he made $267 million dollars in 1998. (Yes, that was in one year. No, that’s not a typo.) A full 10 years later, in 2008, Seinfeld was still pulling in a cool $85 million per year.

By almost any measure of wealth, popularity, and critical acclaim, Jerry Seinfeld is among the most successful comedians, writers, and actors of his generation.

However, what is most impressive about Seinfeld’s career isn’t the awards, the earnings, or the special moments — it’s the remarkable consistency of it all. Show after show, year after year, he performs, creates, and entertains at an incredibly high standard. Jerry Seinfeld produces with a level of consistency that most of us wish we could bring to our daily work.

Compare his results to where you and I often find ourselves. We want to create, but struggle to do so. We want to exercise, but fail to find motivation. Wanting to achieve our goals, but — for some reason or another — we still procrastinate on them.

What’s the difference? What strategies does Jerry Seinfeld use to beat procrastination and consistently produce quality work? What does he do each day that most people don’t?

I’m not sure about all of his strategies, but I recently discovered a story that revealed one of the secrets behind Seinfeld’s incredible productivity, performance, and consistency.

Let’s talk about that what he does and how you can use the “Seinfeld Strategy” to eliminate procrastination and actually achieve your goals.

Brad Isaac was a young comedian starting out on the comedy circuit. One fateful night, he found himself in a club where Jerry Seinfeld was performing. In an interview onLifehacker, Isaac shared what happened when he caught Seinfeld backstage and asked if he had “any tips for a young comic.”

Here’s how Isaac described the interaction with Seinfeld…

He told me to get a big wall calendar that has a whole year on one page and hang it on a prominent wall. The next step was to get a big red magic marker. He said for each day that I do my task of writing, I get to put a big red X over that day.

“After a few days you’ll have a chain. Just keep at it and the chain will grow longer every day. You’ll like seeing that chain, especially when you get a few weeks under your belt. Your only job is to not break the chain.”

And that’s one of the simple secrets behind Seinfeld’s remarkable productivity and consistency. For years, the comedian simply focused on “not breaking the chain.”

How to Stop Procrastinating

Top performers in every field — athletes, musicians, CEOs, artists — they are all more consistent than their peers. They show up and deliver day after day while everyone else gets bogged down with the urgencies of daily life and fights a constant battle between procrastination and motivation.

While most people get demotivated and off–track after a bad performance, a bad workout, or simply a bad day at work, top performers settle right back into their pattern the next day.

The Seinfeld Strategy works because it helps to take the focus off of each individual performance and puts the emphasis on the process instead. It’s not about how you feel, how inspired you are, or how brilliant your work is that day. Instead, it’s just about “not breaking the chain.”

All you have to do to apply this strategy to your own life is pick up a calendar (here’s an inexpensive one) and start your chain.

A Word of Warning

There is one caveat with the Seinfeld Strategy. You need to pick a task that is meaningful enough to make a difference, but simple enough that you can get it done.

It would be wonderful if you could write 10 pages a day for your book, but that’s not a sustainable chain to build. Similarly, it sounds great in theory to be able to deadlift like a maniac every day, but in practice you’ll probably be overtrained and burnt out.

So step one is to choose a task that is simple enough to be sustainable. At the same time, you have to make sure that your actions are meaningful enough to matter.

For example, researching good jokes each day is simple, but you’re never going to write a joke by merely researching. That’s why the process of writing is a better choice. Writing can actually produce a meaningful result, even when it’s done in small doses.

Similarly, doing 10 pushups per day could be simple and meaningful depending on your level of fitness. It will actually make you stronger. Meanwhile, reading a fitness book each day is simple, but it won’t actually get you in better shape.

Choose tasks that are simple to maintain and capable of producing the outcome you want.

Another way of saying this is to focus on actions and not motions, which is a concept that I explained in this article: The Mistake That Smart People Make

The central question that ties our community together — and what I try to write about every Monday and Thursday — is “how do you live a healthy life?” This includes not merely nutrition and exercise, but also exploration and adventure, art and creativity, and connection and community.

But no matter what topic we’re talking about, they all require consistency. No matter what your definition is of a “healthy life,” you’ll have to battle procrastination to make it a reality. Hopefully, the Seinfeld Strategy helps to put that battle in perspective.

Don’t break the chain on your workouts and you’ll find that you get fit rather quickly.

Don’t break the chain in your business and you’ll find that results come much faster.

Don’t break the chain in your artistic pursuits and you’ll find that you will produce creative work on a regular basis.

So often, we assume that excellence requires a monumental effort and that our lofty goals demand incredible doses of willpower and motivation. But really, all we need is dedication to small, manageable tasks. Mastery follows consistency.