Creativity Is A Process. Here’s How To Master It. 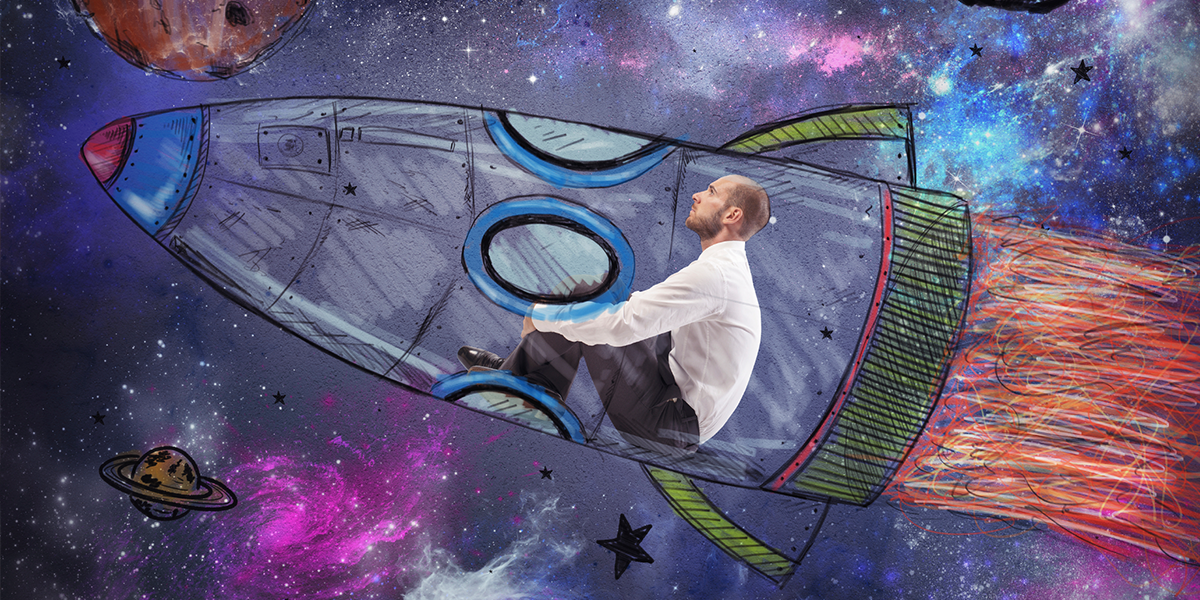 In 1666, one of the most influential scientists in history was strolling through a garden when he was struck with a flash of creative brilliance that would change the world.

While standing under the shade of an apple tree, Sir Isaac Newton saw an apple fall to the ground. “Why should that apple always descend perpendicularly to the ground,” Newton wondered. “Why should it not go sideways, or upwards, but constantly to the earth’s center? Assuredly, the reason is, that the earth draws it. There must be a drawing power in matter.”

And thus, the concept of gravity was born.

The story of the falling apple has become one of the lasting and iconic examples of the creative moment. It is a symbol of the inspired genius that fills your brain during those “light bulb moments” when creative conditions are just right.

What most people forget, however, is that Newton worked on his ideas about gravity for nearly twenty years until, in 1687, he published his groundbreaking book, The Principia: Mathematical Principles of Natural Philosophy. The falling apple was merely the beginning of a train of thought that continued for decades. 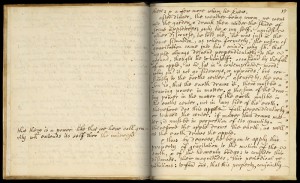 Newton isn’t the only one to wrestle with a great idea for years. Creative thinking is a process for all of us. In this article, I’ll share the science of creative thinking, discuss which conditions drive creativity and which ones hinder it, and offer practical tips for becoming more creative.

Creative thinking requires our brains to make connections between seemingly unrelated ideas. Is this a skill that we are born with or one that we develop through practice? Let’s look at the research to uncover an answer.

In the 1960s, a creative performance researcher named George Land conducted a study of 1,600 five-year-olds and 98 percent of the children scored in the “highly creative” range. Dr. Land re-tested each subject during five year increments. When the same children were 10-years-old, only 30 percent scored in the highly creative range. This number dropped to 12 percent by age 15 and just 2 percent by age 25. As the children grew into adults they effectively had the creativity trained out of them. In the words of Dr. Land, “non-creative behavior is learned.”

Similar trends have been discovered by other researchers. For example, one study of 272,599 students found that although IQ scores have risen since 1990, creative thinking scores have decreased.

This is not to say that creativity is 100 percent learned. Genetics do play a role. According to psychology professor Barbara Kerr, “approximately 22 percent of the variance [in creativity] is due to the influence of genes.” This discovery was made by studying the differences in creative thinking between sets of twins.

All of this to say, claiming that “I’m just not the creative type” is a pretty weak excuse for avoiding creative thinking. Certainly, some people are primed to be more creative than others. However, nearly every person is born with some level of creative skill and the majority of our creative thinking abilities are trainable.

Now that we know creativity is a skill that can be improved, let’s talk about why—and how—practice and learning impacts your creative output.

What does it take to unleash your creative potential?

As I mentioned in my article on Threshold Theory, being in the top 1 percent of intelligence has no correlation with being fantastically creative. Instead, you simply have to be smart (not a genius) and then work hard, practice deliberately and put in your reps.

As long as you meet a threshold of intelligence, then brilliant creative work is well within your reach. In the words of researchers from a 2013 study, “we obtained evidence that once the intelligence threshold is met, personality factors become more predictive for creativity.”

What exactly are these “personality factors” that researchers are referring to when it comes to boosting your creative thinking?

One of the most critical components is how you view your talents internally. More specifically, your creative skills are largely determined by whether you approach the creative process with a fixed mindset or a growth mindset.

The differences between these two mindsets are described in detail in Carol Dweck’s fantastic book, Mindset: The New Psychology of Success.

The basic idea is that when we use a fixed mindset we approach tasks as if our talents and abilities are fixed and unchanging. In a growth mindset, however, we believe that our abilities can be improved with effort and practice. Interestingly, we can easily nudge ourselves in one direction or another based on how we talk about and praise our efforts.

The whole self-esteem movement taught us erroneously that praising intelligence, talent, abilities would foster self-confidence, self-esteem, and everything great would follow. But we’ve found it backfires. People who are praised for talent now worry about doing the next thing, about taking on the hard task, and not looking talented, tarnishing that reputation for brilliance. So instead, they’ll stick to their comfort zone and get really defensive when they hit setbacks.

So what should we praise? The effort, the strategies, the doggedness and persistence, the grit people show, the resilience that they show in the face of obstacles, that bouncing back when things go wrong and knowing what to try next. So I think a huge part of promoting a growth mindset in the workplace is to convey those values of process, to give feedback, to reward people engaging in the process, and not just a successful outcome.

How can we apply the growth mindset to creativity in practical terms? In my experience it comes down to one thing: the willingness to look bad when pursuing an activity.

As Dweck says, the growth mindset is focused more on the process than the outcome. This is easy to accept in theory, but very hard to stick to in practice. Most people don’t want to deal with the accompanying embarrassment or shame that is often required to learn a new skill.

The list of mistakes that you can never recover from is very short. I think most of us realize this on some level. We know that our lives will not be destroyed if that book we write doesn’t sell or if we get turned down by a potential date or if we forget someone’s name when we introduce them. It’s not necessarily what comes after the event that worries us. It’s the possibility of looking stupid, feeling humiliated, or dealing with embarrassment along the way that prevents us from getting started at all.

In order to fully embrace the growth mindset and enhance your creativity, you need to be willing to take action in the face of these feelings which so often deter us.

How to Be More Creative

Assuming that you are willing to do the hard work of facing your inner fears and working through failure, here are a few practical strategies for becoming more creative.

Constrain yourself. Carefully designed constraints are one of your best tools for sparking creative thinking. Dr. Seuss wrote his most famous book when he limited himself to 50 words. Soccer players develop more elaborate skill sets when they play on a smaller field. Designers can use a 3-inch by 5-inch canvas to create better large scale designs. The more we limit ourselves, the more resourceful we become.

Write more. For nearly three years, I published a new article every Monday and every Thursday at JamesClear.com. The longer I stuck with this schedule, the more I realized that I had to write about a dozen average ideas before I uncovered a brilliant one. By producing a volume of work, I created a larger surface area for a creative spark to hit me.

Not interested in sharing your writing publicly? Julia Cameron’s Morning Pages routine is a fantastic way to use writing to increase your creativity even if you have no intention of writing for others.

Broaden your knowledge. One of my most successful creative strategies is to force myself to write about seemingly disparate topics and ideas. For example, I have to be creative when I use 1980s basketball strategies or ancient word processing software or zen buddhism to describe our daily behaviors. In the words of psychologist Robert Epstein, “You’ll do better in psychology and life if you broaden your knowledge.”

Sleep longer. In my article on how to get better sleep, I shared a study from the University of Pennsylvania, which revealed the incredible impact of sleep on mental performance. The main finding was this: Sleep debt is cumulative and if you get 6 hours of sleep per night for two weeks straight, your mental and physical performance declines to the same level as if you had stayed awake for 48 hours straight. Like all cognitive functions, creative thinking is significantly impaired by sleep deprivation.

Enjoy sunshine and nature. One study tested 56 backpackers with a variety of creative thinking questions before and after a 4-day backpacking trip. The researchers found that by the end of the trip the backpackers had increased their creativity by 50 percent. This research supports the findings of other studies, which show that spending time in nature and increasing your exposure to sunlight can lead to higher levels of creativity.

Embrace positive thinking. It sounds a bit fluffy for my taste, but positive thinking can lead to significant improvements in creative thinking. Why? Positive psychology research has revealed that we tend to think more broadly when we are happy. This concept, which is known as the Broaden and Build Theory, makes it easier for us to make creative connections between ideas. Conversely, sadness and depression seems to lead to more restrictive and limited thinking.

Ship it. The honest truth is that creativity is just hard work. The single best thing you can do is choose a pace you can sustain and ship content on a consistent basis. Commit to the process and create on a schedule. The only way creativity becomes a reality is by shipping.

Creativity is a process, not an event. You have to work through mental barriers and internal blocks. You have to commit to practicing your craft deliberately. And you have to stick with the process for years, perhaps even decades like Newton did, in order to see your creative genius blossom.

The ideas in this article offer a variety approaches on how to be more creative. If you’re looking for additional practical strategies on how to improve your creativity habits, then read my free guide called Mastering Creativity.