Richard Branson’s Key to Success Can Be Yours, Too 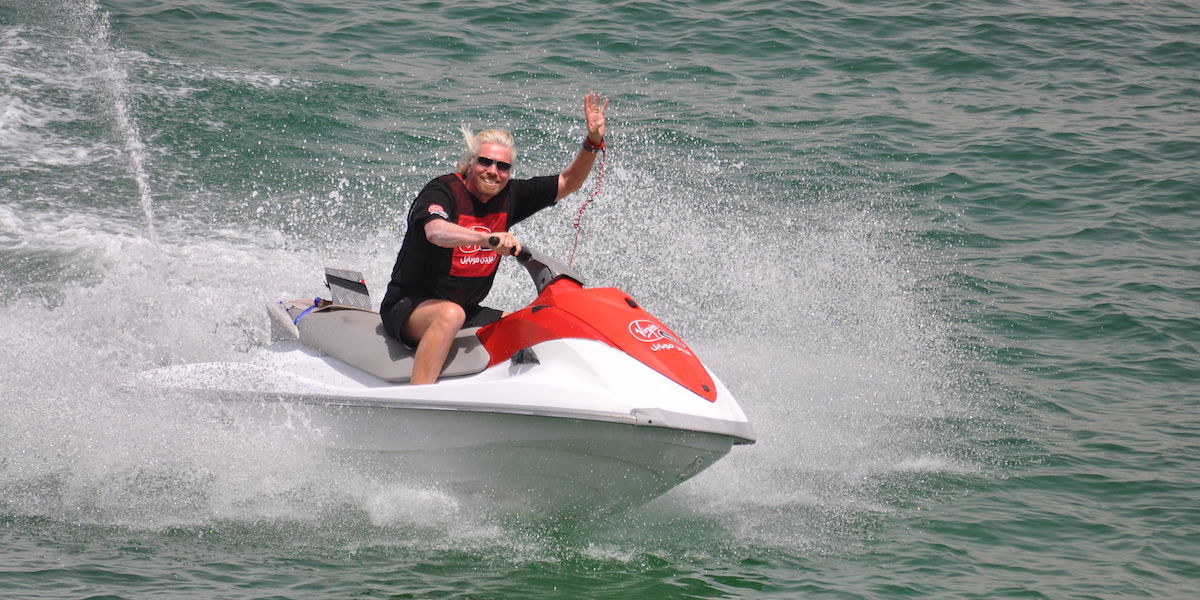 In 1966, a dyslexic sixteen-year-old boy dropped out of school. With the help of a friend, he started a magazine for students and made money by selling advertisements to local businesses. With only a little bit of money to get started, he ran the operation out of the crypt inside a local church.

Four years later, he was looking for ways to grow his small magazine and started selling mail order records to the students who bought the magazine. The records sold well enough that he built his first record store the next year. After two years of selling records, he decided to open his own record label and recording studio.

He rented the recording studio out to local artists, including one named Mike Oldfield. In that small recording studio, Oldfield created his hit song, Tubular Bells, which became the record label’s first release. The song went on to sell over 5 million copies.

Over the next decade, the young boy grew his record label by adding bands like the Sex Pistols, Culture Club, and the Rolling Stones. Along the way, he continued starting companies: an airline business, then trains, then mobile phones, and on and on. Almost 50 years later, there were over 400 companies under his direction.

Today, that young boy who dropped out of school and kept starting things despite his inexperience and lack of knowledge is a billionaire. His name is Sir Richard Branson.

How I Met Sir Richard Branson

Two weeks ago, I walked into a conference room in Moscow, Russia and sat down ten feet from Branson. There were 100 other people around us, but it felt like we were having a conversation in my living room. He was smiling and laughing. His answers seemed unrehearsed and genuine.

At one point, he told the story of how he started Virgin Airlines, a tale that seems to capture his entire approach to business and life. Here’s the version he told us, as best I can remember it:

I was in my late twenties, so I had a business, but nobody knew who I was at the time. I was headed to the Virgin Islands and I had a very pretty girl waiting for me, so I was, umm, determined to get there on time.

At the airport, my final flight to the Virgin Islands was cancelled because of maintenance or something. It was the last flight out that night. I thought this was ridiculous, so I went and chartered a private airplane to take me to the Virgin Islands, which I did not have the money to do.

Then, I picked up a small blackboard, wrote “Virgin Airlines. $29.” on it, and went over to the group of people who had been on the flight that was cancelled. I sold tickets for the rest of the seats on the plane, used their money to pay for the chartered plane, and we all went to the Virgin Islands that night.

I took this photo right after he told that story. A few moments later I stood shoulder–to–shoulder with him (he’s about six feet tall) and thanked him for sharing some time with us.

The Habits of Successful People

After speaking with our group, Branson sat on a panel with industry experts to talk about the future of business. As everyone around him was filling the air with business buzzwords and talking about complex ideas for mapping out our future, Branson was saying things like: “Screw it, just get on and do it.” Which was closely followed by: “Why can’t we mine asteroids?”

As I looked up at that panel, I realized that the person who sounded the most simplistic was also the only one who was a billionaire. Which prompted me to wonder, “What’s the difference between Branson and everyone else in the room?”

Here’s what I think makes all the difference:

Branson doesn’t merely say things like, “Screw it, just get on and do it.” He actually lives his life that way. He drops out of school and starts a business. He signs the Sex Pistols to his record label when everyone else says they are too controversial. He charters a plane when he doesn’t have the money.

When everyone else balks or comes up with a good reason for why the time isn’t right, Branson gets started. He figures out how to stop procrastinating and take the first step — even if it seems outlandish.

Branson is an extreme example, but we could all learn something from his approach. If you want to summarize the habits of successful people into one phrase, it’s this: successful people start before they feel ready.

If there was ever someone who embodied the idea of starting before they felt ready to do so, it’s Branson. The very name of his business empire, Virgin, was chosen because when Branson and his partners started they were “virgins” when it came to business.

Branson has started so many businesses, ventures, charities, and expeditions that it’s simply not possible for him to have felt prepared, qualified, and ready to start all of them. In fact, it’s unlikely that he was qualified or prepared to start any of them. He had never flown a plane and didn’t know anything about the engineering of planes, but he started an airline company anyway. He is a perfect example of why the “chosen ones” choose themselves.

If you’re working on something important, then you’ll never feel ready. A side effect of doing challenging work is that you’re pulled by excitement and pushed by confusion at the same time.

We all start in the same place: no money, no resources, no contacts, no experience. The difference is that some people — the winners — choose to start anyway.

No matter where you are in the world and regardless of what you’re working on, I hope you’ll start before you feel ready.