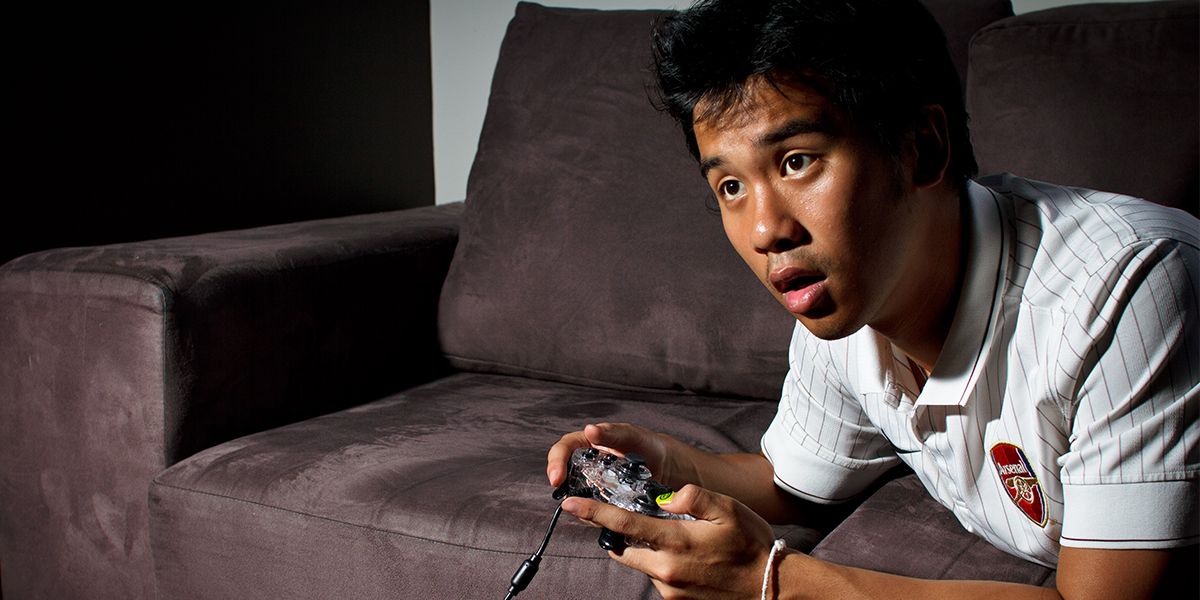 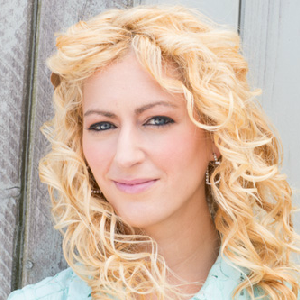 What’s the opposite of play?

Your first instinct is probably to say: “work.” But there’s another, better answer to the same question that could be the key to developing powerful new treatments in the field of mental health.

The opposite of play isn’t work. It’s depression.

This idea was first offered up by Brian Sutton-Smith, a noted psychologist of play. Sutton-Smith became well known in the 1950s and ’60s for studying children and adults at play. He observed that most people tend to experience stronger self-confidence, increased physical energy, and powerful positive emotions, like curiosity and excitement, during play. This is a perfect contrast to depression. People who are clinically depressed lack the physical energy to engage with ordinary everyday tasks. They’re overwhelmingly pessimistic, particularly about their own capabilities. And they experience a distinct absence of positive emotion.

[placeholder] Video game play is literally the neurological opposite of depression.[/placeholder]

Sutton-Smith did most of his research long before the technological advances that allow scientists today to scan brains for evidence of blood flow patterns related to mental illness and well-being. And he worked long before the explosion of video gaming—according to a meta-analysis I performed, more than 1.23 billion people play globally, including 155 million people in the United States. But thanks to a rapidly growing body of scientific research, we now know that his intuition that “the opposite of play is depression” is a perfectly apt description at a neurological level of what’s going on with these 1.23 billion video gamers.

In the past few years, multiple fMRI studies, including a seminal one conducted at Stanford University, have peered into the brains of gamers. Their results show that when we play video games, two regions of the brain are continually hyperstimulated: the region most associated with motivation and goal-orientation (often referred to as “the reward pathways”) and the region most associated with learning and memory (the hippocampus). When you think about the experience of playing a video game, it makes perfect sense that these two regions of the brain would be hyperactivated. When we play games, we’re immediately and constantly focused on a goal. Whether it’s to solve a puzzle, find hidden objects, reach a finish line, or score more points than other players, the goal focuses our attention and creates a sense of motivation and determination. As we anticipate our potential success, our reward pathways light up.

Meanwhile, all video games—not just “educational” games—are designed to be learning experiences. Level 1 of any game is easy, because players are usually not very good at a new game the first time they try it. Immediately, the learning process kicks in, as they figure out the rules, test different strategies, and improve their skills. Crucially, as players succeed and advance in any video game, it gets harder, which requires players to continue to learn and improve for as long as they’re playing. This experience of consistently getting better at something is perhaps the signature pleasure of all video games. When there is nothing else to learn, and no way to keep improving, we usually stop playing. This is why adults don’t play tic-tac-toe! But as long as the game requires us to improve, our hippocampus will be engaged.

If you’ve ever wondered how you—or a loved one—can fail 20 times in a row at an Angry Birds or Candy Crush Saga level and yet still be enthusiastic and determined to try just one more time, this distinct neurological activation pattern is the reason why. To nonplayers, this tendency to keep trying again and again to finish a game level can seem obsessive and irrational. But it’s exactly the resilient behavior you would expect from someone whose brain has been primed both to stay focused on her goal and to gain confidence in her ability to learn and get better.

Now here’s where it gets really interesting to researchers like me who are interested in the connection between gameplay and depression: These two regions of the brain, the reward pathways and the hippocampus, are the same two regions that get chronically understimulated, and that even shrink over time, when we’re clinically depressed.

In other words: Video game play is literally the neurological opposite of depression.

When the reward pathways are underactivated, we can’t anticipate success. As a result, we feel pessimistic and lack the motivation to do—well, anything. And a lack of blood flow to, or even shrinking gray matter in, the hippocampus is associated with difficulty learning new skills or developing effective coping strategies—which makes it all the harder to get better at anything, let alone from depression.

No wonder several major video game studies have showed a correlation between playing more than 20 or 30 hours a week (depending on the study) and depression! Some researchers originally interpreted this as evidence that video games can cause depression. But today, a more common interpretation among the researchers that I compare notes with is that many depressed players are actually attempting to self-medicate with games. They experience a dramatic sense of relief from their symptoms while playing, and therefore, the more depressed they feel, the more they play.

Self-medicating with games can be a dangerous path to go down. If you play games with an “escapist” mindset—that is, to ignore your problems, to block unpleasant emotions, or to avoid confronting stressful situations—you’re more likely to suffer some of the negative effects that many studies have found associated with playing games, like anxiety, depression, or social isolation. That’s because the more depressed you feel or the more stressful your life gets, the more you play games—and the less time and effort you put into action that could help solve your real-life problems. Your problems therefore get worse, so you spend more time gaming to escape them. It’s a vicious cycle. If you know someone who is addicted to games, they are almost certainly playing with an escapist mindset. In fact, researchers have found that “the use of games to escape daily life” is the No. 1 factor that predicts excessive or pathological game play.

[placeholder]You don’t have to change the games you play—you just need to focus on the way the games are making you better.[/placeholder]

Alarmingly, a whopping 41 percent of frequent game players say they “play video games to escape daily life.” Well-meaning parents, spouses, and educators make the situation worse by admonishing gamers to “put down the game and do something real,” or to “stop wasting so much time.” This kind of nudging, while well intentioned, conditions gamers to believe that play has no purpose, no meaningful connection to everyday life. In turn, this makes them more likely to view games as an “escape” from reality—and therefore, more likely to become addicted or negatively impacted by them.

But playing games to change our mood doesn’t have to be problematic. The key is to play your favorite games with a purpose—with a positive goal, such as developing your creativity (in a game like Minecraft), learning to solve new problems (in a game like Portal), strengthening relationships with friends and family (with Words With Friends), getting better at bouncing back from failure (in Call of Duty), or improving your performance in high-pressure situations (with League of Legends).

Researchers have found that this kind of purposeful game play builds self-confidence and real-world problem-solving skills. More important, it has the opposite impact of escapism: Playing to get better at something (anything!) really does help you become less depressed, better connected, and more resilient in real life. That’s because every time you play, you think about the mental, emotional, and social resources you’re building up. You don’t see game play as artificially divorced from “real life.” Instead, you see play as an important way to help you practice real and meaningful skills.

You don’t have to change the games you play—you just need to focus on the way the games are making you better. When you do, you become more likely to believe that the strengths you build while playing are strengths that you can bring to your everyday challenges. In fact, as I show in my book, SuperBetter, the more you consciously think about how games help you get better, the easier it becomes to activate your gameful mindset—the mindset characterized by increased activity in the reward pathways and the hippocampus, the mindset that represents the neurological opposite of depression—in the face of real-life obstacles.

I’ve tested this hypothesis in my own work over the past five years to see if individuals battling depression, anxiety, and traumatic brain injury can be taught to apply “gameful” ways of thinking and problem-solving to their real-life health challenges. So far, the results have been compelling. In a randomized controlled study conducted last year with psychology researchers at the University of Pennsylvania, we found that after 30 days of being coached to approach their daily challenges like a game, clinically depressed individuals were significantly less depressed and anxious, and experienced better moods and higher self-efficacy, or the feeling that they had the skills and abilities necessary to successfully solve their own problems. (Participants used an app called “SuperBetter” specifically designed for this purpose.) And in a clinical trial completed earlier this year, funded by the National Institutes of Health and conducted by Ohio State University Medical Research Center, we found a similar reduction in depression and improvement in mood among patients with mild to moderate traumatic brain injury who followed the same SuperBetter program.

I’m excited about the potential for a systematic approach like SuperBetter to help people learn to be as mentally and emotionally resilient in everyday life as they are games. But you don’t need a special program to benefit from the idea that the opposite of play isn’t work, it’s depression. Anyone can learn to be more mentally and emotionally resilient in the face of tough obstacles, just by beginning to think and talk about the ways that games help them get better. Although everyday life may not always activate your brain in the same way as a video game, you can start to see yourself as someone who is goal-oriented, resilient in the face of setbacks, and always able to learn and improve.

If you have an avid game player in your life, start a conversation with him or her about how games can make us better. Here are some powerful questions to ask any gamer in your life—or to ask yourself, if you frequently play games:

What makes this game hard? What skills or abilities do you need to be good at this game? What have you gotten better at since you started playing this game? Is there a part of your everyday life where you could apply the same skills or talents to solve a problem or achieve a goal?

And then, be sure to follow up with the single most powerful question you can ask a gamer, because connecting is always better than escaping (and because maybe you could use a little extra resilience yourself!):

Can I play with you?