Jerks at Work: Toxic Coworkers and What to Do About Them 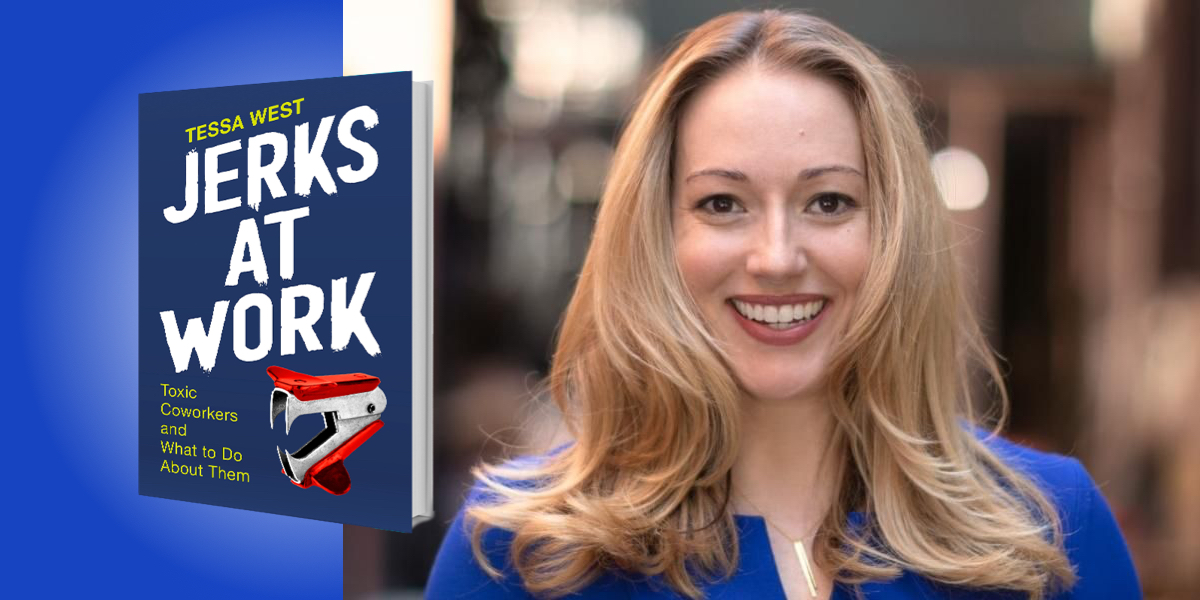 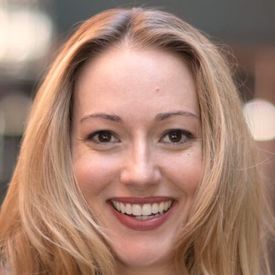 Tessa West is a social psychology professor at NYU, and an expert on social interaction. She writes about fielding awkward situations, accumulating influence, and leveraging social relationships to improve the average workday.

Below, Tessa shares 5 key insights from her new book, Jerks at Work: Toxic Coworkers and What to Do About Them. Listen to the audio version—read by Tessa herself—in the Next Big Idea App.

1. The most effective ways of gaining power at work are often the most subtle.

We like to think of jerks at work as talentless employees who can’t climb the ladder so they sabotage others, or use brute force, to get ahead. But for most of them, this isn’t the case. They are skilled social perceivers who know how to gain power and influence, often in surprising ways.

Take, for example, the tactics of one type of jerk at work: the bulldozer. These folks work their connections in any way they can to accomplish their goals—often to the detriment of those who work alongside them. But they are clever in how they do it. Most of them don’t start off by interrupting people and forcing their views on others—that would raise red flags. Instead, they sneak into power roles early, often when the group first starts working together.

The most effective use of this I’ve seen was on a hiring committee, where none of the members knew each other. The group of us was drinking coffee and eating pastries when one person—who turned out later to be an unsuspecting bulldozer—cut through the small talk by suggesting that we go around the room to have everyone say where they are from. Next, when the group was struggling to figure out who should do what and when, he pointed out a simple way the group could divvy up work, and then offered to start a spreadsheet where we could update each other. It was a simple and uncontested use of power.

These subtle moves, when done early, are even more effective at persuading groups than making strong, reasoned arguments down the line. It’s shocking when you realize that most of the time these behaviors don’t even register to onlookers as power moves.

“A little more power now begets a lot of power later. And once a jerk at work holds a little power, they use it to get others in power to help them out.”

Once you’re labeled a leader, the group views all of your future behaviors through that lens. A little more power now begets a lot of power later. And once a jerk at work holds a little power, they use it to get others in power to help them out.

2. One person’s jerk is another person’s gem.

My favorite example is the “kiss-up-kick-down” jerk. This person is maddeningly tough to beat. They torture you behind the scenes by belittling you or questioning your expertise, but your boss loves them because they find ways to make their life easier. Many offer to take on extra work that the boss is too overwhelmed to handle.

One of the trickiest kiss-up-kick-downers I met had a specialty: she knew that my boss’ schedule was packed to the brim, so she offered to meet with the new batch of summer interns and the entry level folks who needed to be onboarded. From here, she not only saved my boss loads of time, but also became the sole communicator between my boss and the victims she mistreated.

Her victims soon learned that complaining to the boss got them nowhere. Why would the boss cut out someone who saved her five hours of precious time a week? If you are the victim in this story, you need to think creatively about who you can turn to for help, to convince your boss there’s a problem.

3. The best allies for tackling jerks at work are people at arms-length.

I took on a kiss-up-kick-down during a sales job. After a failed attempt at convincing my boss she hired a monster, I sought the help of someone I wasn’t close to, but who had a lot of broad social connections at work: the person who ran the in-house coffee shop. By virtue of watching all types of employees socialize, day-in and day-out, this person had a rich knowledge of who was friends with whom and what people’s reputations where. I asked this person to give me a reality check: am I complaining about someone who everyone else gets along with?

“Once I was able to identify other victims with the help of my arms-length ally, I could approach the boss with less whining and more evidence.”

He wasn’t a good friend, so he wasn’t motivated to tell me what I wanted to hear—I could trust him to give it to me straight. He also connected me with other people that I otherwise never would have talked to. Once I was able to identify other victims with the help of my arms-length ally, I could approach the boss with less whining and more evidence.

These arms-length folks are also critical for helping you get “voice” at work—which means that when you speak up, people in power listen. Because they have connections with people you don’t, they often have advice on tactics you can use to expand your relationship with leaders beyond your own boss or manager.

What days of the week should I avoid meeting with a leader, and what are their pet peeves? Are they comfortable with speaking out of turn, or should you arrange ahead of time if you want speaking time during the next meeting? These small pieces of knowledge accumulate, and you will eventually become known as someone other bosses can use to get things done.

4. Most jerks at work aren’t born, but made.

Bosses often benefit from jerks, and in fact, many jerks are born of a workplace where their behavior is encouraged. Take, for example, the neglectful boss. Feeling pushed to the sidelines can kill your mojo, but in many cases, neglect is born of bad systems, not bad people.

Researchers have found that the average manager spends 71 percent of their time doing tasks their boss asks them to do. In the eight-hour workday, that leaves about two hours for them to focus on everything else. If your boss oversees 10 people, that’s 12 minutes a day for each of you—max! And most don’t know how to make those 12 minutes count.

Many managers oversee folks whose jobs they have little expertise in—the devil is in the details, and they don’t know any—or they are eaten alive by time thieves—those pesky favor-askers who manage to squeeze to the front of the line. Even micromanagers, who do understand the inner workings of your job, might have no expertise in their own job of managing people, so they micromanage you in a misguided attempt to be conscientious.

Beating a jerk at work often requires understanding the systems that encourage bad behavior. Knowing why your jerk behaves the way they do is the first step in improving your relationship with them.

5. Some of the best tactics for handling jerks go against intuition.

In my sales job, my boss was more receptive to my concerns about a kiss-up-kick-downer when I opened by acknowledging their strengths. It showed that I understood why they value this person and what they would lose by getting rid of them.

In the case of the bulldozer—that person who pushes their agenda at a cost to the group—I’ve had awkward “how did we get here” conversations with my team members, where we slowly admitted to ourselves that we handed over too much power to the one person who offered to take on a job that no one else wanted.

Or, in the most striking case of the micromanager, I’ve learned to tackle this person head-on by holding more meetings, not less, that were structured and short, rather than hiding in my office hoping my boss was too busy micromanaging others.

Often, these tactics feel aversive—no one likes meeting with the boss who praises the person who has been torturing them behind the scenes—but they are based on tried-and-true science of resolving conflict in sustainable ways that fundamentally change your relationship with the jerk at work, not just stop them in the short term.

To listen to the audio version read by author Tessa West, download the Next Big Idea App today: