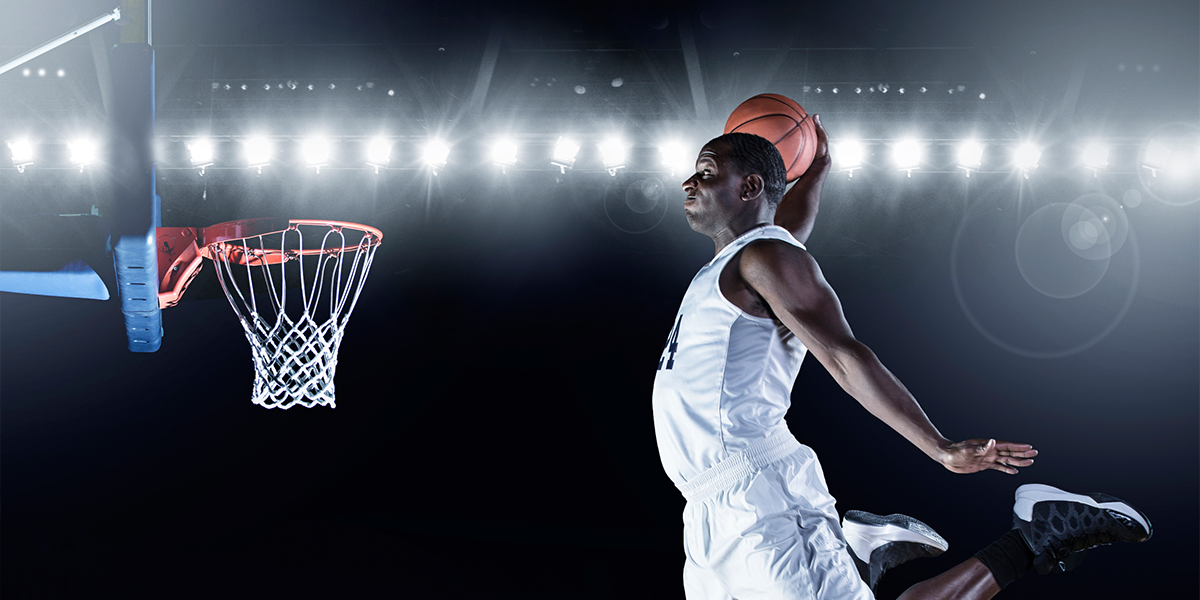 This year’s tournament has been wild. Harvard pulled off an amazing upset over New Mexico. Wichita State surprised top-seeded Gonzaga. And a 15 seed (Florida Gulf Coast University) made it into the sweet 16 for the first time ever.

But whether your bracket is already busted, you’re gunning for the top of the office pool, or you could care less about the whole endeavor, here are three important insights your business can draw from basketball.

1. Make People Feel They’re Behind. But Just By A Little.

You might expect that being ahead in competitions is a good thing. Sports teams that are ahead early win more than two-thirds of games. The further teams are ahead the more likely they are to win.

But when my colleague Devin Pope and I analyzed over 18,000 NBA games we found a pretty surprising result. In some cases it’s better to be losing. Teams that were losing by a point at halftime, for example, were actually more likely to win than teams ahead by one point. Losing can lead to winning.

Being behind is motivating. Teams, and people, work harder when they’re losing by a little. LeBron James, for example, is 8% better when his team is down late in the game.

Next time you want to motivate your team at work or push yourself to exercise harder at the gym, harness the psychology of motivation. Don’t give feedback about where people stand relative to everyone else (e.g., 20 percentile or 9 best out of 100). Aggregate feedback discourages poor performers and makes strong performers feel like they can coast. Instead, shrink the reference group. Compare people to someone slightly ahead of them, regardless of whether they are doing well or poorly. Structure feedback so people feel as if they are almost, but not quite, there. Feeling slightly behind should increase motivation, and ultimately performance.

2. Rivalries Can Be Good. And Bad.

Rivalries are a big part of any sports environment. UNC vs. Duke. Kentucky vs. Louisville. The Stanford-Cal football Big Game my freshman year in college was one of the loudest sporting events I’ve ever attended. And I narrowly missed getting hit in the head with a bottle when we rushed the field after the Stanford win.

But rivalries are also prevalent at the office. Jim from Sales vs. Tim from Business Development. Your company vs. those other bozos who say their product is better.

Do rivalries help or hurt?

The answer is both. Rivalries boost the motivation to perform. In sports, more fans show up for games, basketball teams play stronger defense, and runners run five seconds faster per kilometer. But that same motivation can have adverse effects. Rivalries increase unsportsmanlike behavior and soccer games between rivals have nearly double the number of red cards.

The same is true at the office. Rivalries make people work harder, but they also drive people to lie, cheat, and behave unethically.

So be wary of fanning rivalry’s flames. You may fire people up, but the blaze may soon be beyond your control.

3. Be Wary of Success. It Can Make You Risk Averse.

Unfortunately, not all the news is good. In basketball, teams can shoot 2-point shots or 3-point shots that are harder to make but worth more. But as a game gets closer, leading teams become risk averse. They tighten up and start taking suboptimal shots. They stop shooting 3’s even though that would actually make them better off.

As companies grow or become industry leaders, you often see a similar pattern. Managers start playing it safe rather than shooting big. Everyone keeps doing what they are doing rather than rocking the boat. Right up until an upstart comes by and steals your lunch.

The moral? Success is good, but don’t let it stifle the pioneering spirit that got you there in the first place. Don’t get complacent. Keeping taking risks and trying new things. Great companies are always innovating. Sure the new product may cannibalize some of the sales of the old one, but if you don’t introduce it, your competitor will.

March Madness may have decimated office productivity, but not everything is lost. In between the nail-biting wins and devastating losses, basketball can actually teach us a lot about human behavior. So next time the boss complains about you ducking out early to catch a game, tell her you’re doing more than just watching basketball. You’re doing research.

Jonah Berger is a Marketing professor at the Wharton School and author of the current New York Times bestseller Contagious: Why Things Catch On. More about the book, and his research, can be found at www.jonahberger.com. You can follow him on Twitter @j1berger.