Jump: Dare to Do What Scares You in Business and Life 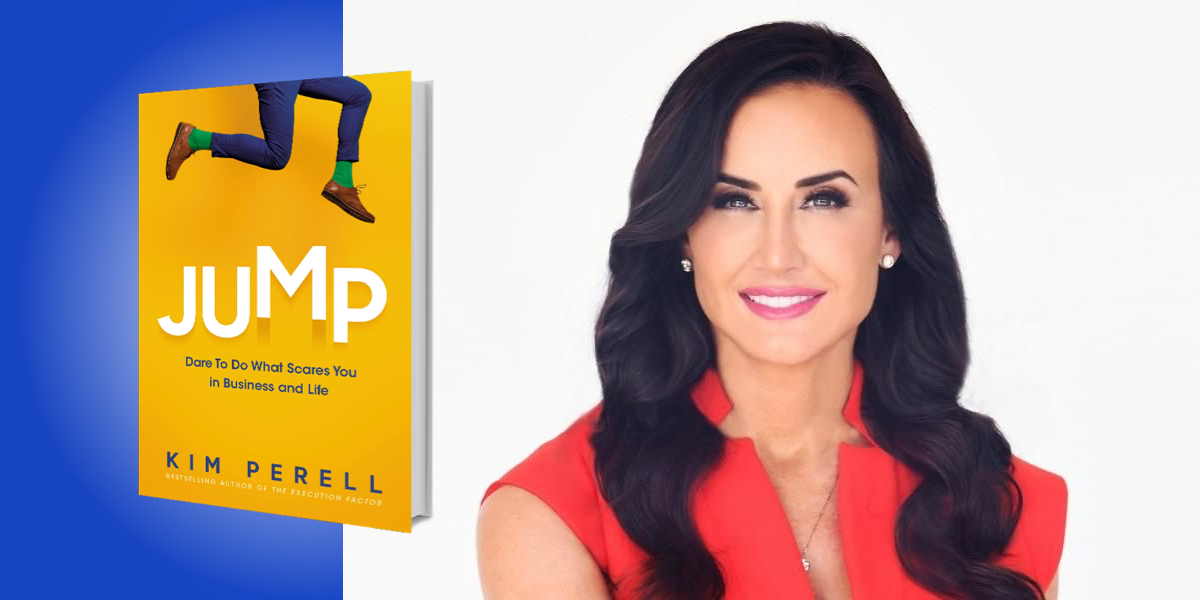 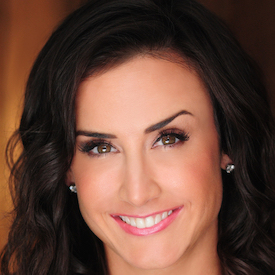 Kim Perell is an award-winning entrepreneur, executive, and CEO of Amobee, a global marketing technology company. She was raised by two entrepreneurial parents and didn’t want a future full of the unpredictability and roller-coaster hurdles that she saw in her parents’ careers. But when she was suddenly unemployed, broke, and devastated, she sat down at her kitchen table and started a company. This jump defined her life and career, and she has since been profiled by CNN Money, the New York Times, and Forbes, to name a few.

Below, Kim shares 5 key insights from her new book, Jump: Dare to Do What Scares You in Business and Life. Listen to the audio version—read by Kim herself—in the Next Big Idea App.

1. Every great story starts with a leap into the unknown.

Whether you’re jumping from a place of greatness, jumping from rock bottom, or you’re simply stuck, you can absolutely create positive, transformative change in your life. As a seasoned jumper, I’ve noticed that there are three main reasons why people take big leaps:

Now here’s a little secret: your reason for jumping doesn’t matter. The only thing that matters is that you have the courage to take the leap.

“Readiness is a myth, and it can become an excuse that holds you back. You have to give yourself permission to jump.”

2. You will never feel ready.

Nobody ever feels truly “ready”—for anything. Seriously. Do you think that LeBron James waited until he felt fully ready to declare for the draft and play for the Cleveland Cavaliers? Nope. Do you think singer-songwriter Billie Eilish was ready for international superstardom when she started recording songs in her brother’s bedroom and uploading them to SoundCloud? Definitely not. Or that Vincent van Gogh waited until he had an art degree and the approval of critics to begin painting? Hard no.

All of these people had talent and spent time preparing to tackle their ultimate goals, but none of them were totally ready when they took leaps in their careers. I wasn’t ready when I launched my first business, with no money, from my kitchen table. I had never been an entrepreneur and I was terrified of failing, but that didn’t stop me from trying.

Time and again, successful people dive into action before they’re ready. They force themselves to jump without knowing for certain where they’ll land. Readiness is a myth, and it can become an excuse that holds you back. You have to give yourself permission to jump.

When you are about to make a big jump, feeling scared is a natural reaction. I spoke to dozens of people about why they were hesitant to start something new, and their answer was often the same: they were afraid. I felt fear too when I started my first company. I had dozens of what-ifs swirling around my head, and I wondered if that fear was a sign that I wasn’t cut out for being an entrepreneur. But everyone feels fear, especially people making transformative changes in their lives.

“I don’t let my fears stop me from moving forward, because I’d rather face an ocean of fear than a mountain of regret.”

So learn to use that fear of failure as fuel! Stephen King received thirty rejection letters for his first novel, Carrie, which went on to be a massive bestseller. Abraham Lincoln lost the Senate race of 1858, but then became President of the United States. Michael Jordan didn’t make his high school’s varsity basketball team the first time he tried out, and he became one of the most iconic players of all time. Failing doesn’t make you a failure—giving up does.

I don’t let my fears stop me from moving forward, because I’d rather face an ocean of fear than a mountain of regret. The scariest part is standing still, which is why I always choose to jump.

4. Nobody is successful alone.

Where would Ben be without Jerry? Procter without Gamble? Jay-Z without Beyoncé? Even people who seem like solo successes often have a valued partner or talented team supporting them.

When I started my first company, I committed to doing everything myself for as long as humanly possible. That way, I wouldn’t spend any money or let go of anyone. But looking back, it was lonely and hard, and I wish I would have harnessed the power of surrounding myself with great people sooner. I worked myself into exhaustion, often doing things that weren’t my forte.

Eventually I admitted that I could no longer do it on my own. I made a commitment to hire people with complementary skills, and once I did, it was astonishing how quickly my energy changed. It wasn’t just that more work got done, or that the right people were doing it, though that certainly helped; it was that I finally had collaborators. I got to share my excitement with smart, fun people who were just as excited as I was. It reminded me that life is a team sport.

Everyone needs support, sounding boards, cheerleaders, truth-tellers, and people who can talk you down from the scariest of ledges. We all need teammates to walk the path alongside us.

Innovation and inspiration can come at any age. So it’s time to rethink our entrepreneurial stereotypes and shut down the negative thinkers who say that monumental life changes can only be tackled by young people. It’s just not true! What matters most is the desire to begin something of your own, and the belief that it’s possible.

Colonel Sanders started KFC at 65 years old. Sam Walton started Walmart at 44 years old. Leo Goodwin started GEICO when he was 50. When it comes to taking bold risks and making life-changing jumps, you’re never too old or too young.

Whether you’re twenty-two, seventy-two, or anywhere in between, be confident. There’s no better time to jump than right now. I hope you always choose to jump than stand still.

To listen to the audio version read by author Kim Perell, download the Next Big Idea App today: