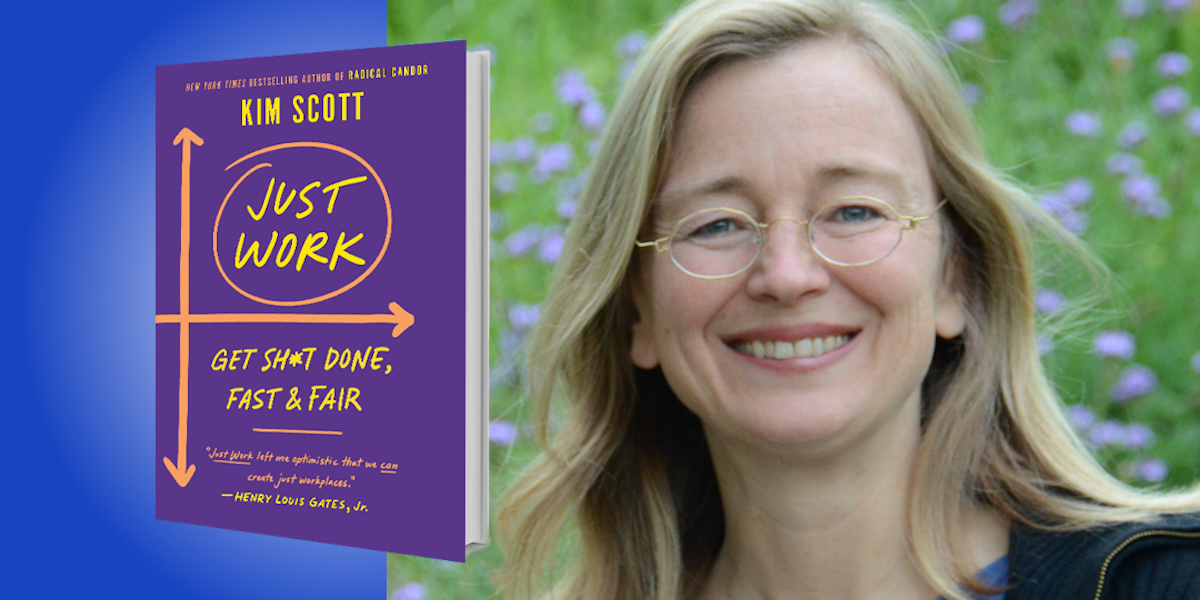 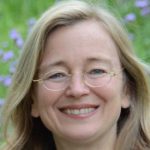 Kim Scott is the author of the New York Times bestseller Radical Candor. She has been a CEO coach at Dropbox and Twitter, a member of the faculty at Apple University, and once started a diamond-cutting factory in Moscow.

Below, Kim shares 5 key insights from her new book, Just Work: Get Sh*t Done, Fast & Fair (available now from Amazon). Listen to the audio version—read by Kim herself—in the Next Big Idea App.

Nobody wants to work in an organization where it’s impossible to get things done, yet it’s often so much harder than it needs to be. Leaders may think they’re designing an organization to optimize for collaboration, but people still wind up feeling coerced. They may think they’re designing an organization that respects everyone’s individuality, but what they’re really doing is demanding conformity. To break these cycles, good leaders should embrace two simple criteria: The first is to optimize your organization for collaboration rather than coercion, and the second is to respect everyone’s individuality rather than demanding conformity.

2. We conflate bias, prejudice, and bullying.

Let’s start with some quick definitions. When we’re biased, we don’t mean to be—it’s an unconscious belief. When we’re prejudiced, it’s conscious. And when we bully we mean harm. So how can we respond to each?

The best response to bias is with an I statement. An I statement invites that other person in to understand the situation from your perspective, to understand the harm that their words or actions did. It can be something like, “I don’t believe you’re going to take me seriously when you refer to me as ‘pretty girl.’” Or it can be a simple correction of fact: “I am a manager here. I’m not the receptionist.”

An It statement is the best way to respond to prejudice—it lets people know where that line is. Let’s say that someone on a team is resisting hiring a Black person who’s wearing their natural hair out, and they attribute their decision-making to the hair. One thing you could say is, “It is illegal not to hire someone because of their hair,” which is true in many states. Or you could appeal to the company policy: “It is an HR violation not to hire someone because of their hair.” Or you can appeal to common sense: “It is ridiculous not to hire the most qualified person for this job because of their hair.” That’s an It statement, letting people know where that line is.

Finally, a You statement is a good way to push away a bully. You need to create consequences for bullying by saying something like, “You can’t talk to me like that.”

Very often, we have gobsmacked moments at work. Someone says or does something that leaves you unsure of how to respond because you don’t know what’s going on.

I was once giving a talk at a conference, and just as I was about to go on stage, a fellow attendee came running up to me and demanded that I go and get him a safety pin because he had just popped a button off his shirt. I had no idea what to say. I assumed that he did this because he thought I was one of the people who was staffing the conference. But, of course, that ignored the fact that I was 30 years older than any of them, and I wasn’t wearing the bright yellow T-shirt that said STAFF on it. Part of the reason why I found it difficult to respond is that when we’re not sure what to say, we often don’t say anything. And that’s a big problem.

“When we’re not sure what to say, we often don’t say anything—and that’s a big problem.”

We all play different roles at different times, and our responsibility for confronting bias, prejudice, and bullying differs depending on what role we’re playing. As a leader, we have a responsibility to respond in such a way to prevent this thing from happening again. When you find yourself in the role of the person harmed by bias, prejudice, or bullying, it’s important that you make a proactive choice; don’t just succumb to the default of silence. When you are the person who causes harm, it is your job to listen and to address the problem. Finally, we sometimes play the role of upstanders. We observe bias, prejudice, or bullying happening in a meeting or on the street, and even though we are only an observer, we do not want to be a silent bystander. We should all want to be upstanders who intervene.

5. When you layer power on top of bias, prejudice, and bullying, you get discrimination, harassment, and physical violations.

When leaders design the systems that determine who gets hired, promoted, or fired, they will inevitably design for systemic injustice. That said, it is possible to design for systemic justice. The most important thing a leader can do to optimize for collaboration and minimize coercion is to put checks and balances in their organizational structure. One method is to measure bias at each stage of the employee life cycle. Go out and proactively look for bias in your hiring processes, in your compensation system, and in your promotion system. You’ll find that bias is reflected in each of these systems—and if you measure it, you can root it out.

To listen to the audio version read by Kim Scott, download the Next Big Idea App today: