Why I Feel Great About Being a Bad Surfer 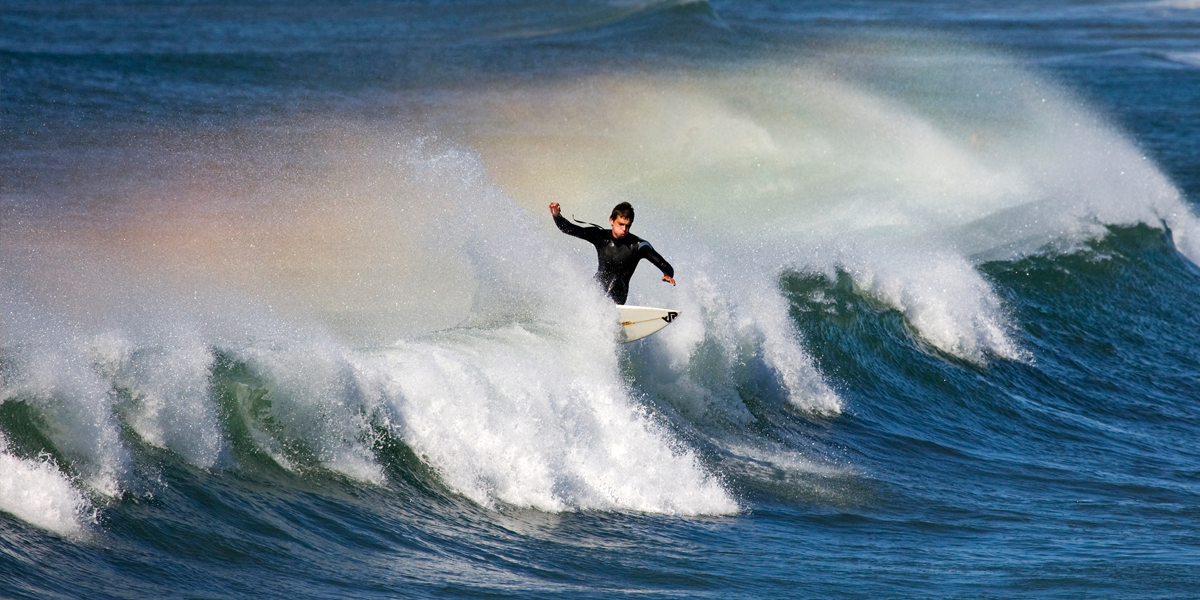 Few activities are harder on the body—and mind—than learning to surf. The first time I tried was a chilly day in March, in the frigid waters off Washington’s coast. The Pacific Northwest isn’t known for its surfing, and for good reason. The waves are inconsistent, the water calls for thick wetsuits, gloves, and booties, and paddling out to the break usually means battling 75-100 yards of perpetually breaking waves.

That first day, after 4 hours of struggling against the ocean’s movements, the cold, and a 9-foot board that had very different intentions than I did, I slogged out of the water having caught just one, very short ride. Shivering in the parking lot, bare feet too numb to feel the gravel, I peeled off my wetsuit and tugged a thick sweatshirt over my sticky hair. Despite the exhaustion and my general failure to catch anything, I was filled with pride–and eager to get back in the water as soon as possible.

It’s a surprising phenomenon: doing something really difficult, even if you don’t do well, can be an incredible confidence boost. 16-year-old me felt like a new, cool, brave version of myself—and even though I’ve graduated to (slightly) less painful, more successful surf missions, I still feel the most satisfied with myself when I’ve worked hard, been scared, and stayed in the water anyways. Yes, catching waves is the fun part, but the vast majority of surfing is paddling, waiting, and holding my breath until the latest, botched wave shows me the surface again. While those in-between times can be the most challenging parts of the sport, they’re can also be the most rewarding.

The unique feeling of confidence and self-assuredness that we get from taking on a challenge is a result of “mastery”, as journalists Katty Kay and Claire Shipman explain in their book The Confidence Code, an in-depth look at confidence specifically as it relates to women (though their theories for personal growth apply to everybody.) Learning a new skill like surfing forces you to adopt a growth mindset, in which all experience is valuable even when you’re failing. As I struggled through my first, second, fifth, and tenth surf sessions, I never felt as if I had wasted time in the water when I wasn’t “successful.” Every factor of those tough days—too-big waves, too-small waves, too-tired arms—was an opportunity to learn about the ocean, my own strength, and my relationship with surfing.

“Mastery” doesn’t refer to perfection (which I certainly haven’t achieved), but rather the process and progress of learning a new skill. It’s about embracing and seeking out challenge, and gradually building up a tolerance for the inevitable, intermittent failures that come with “mastering” something difficult. The confidence I got from surfing—even though I’m still not the Blue Crush character I hoped I’d be at 16—wasn’t confidence in my talent or skill, but my determination, resilience, and courage. And those factors are much more important to success, in any area of life, than raw talent.