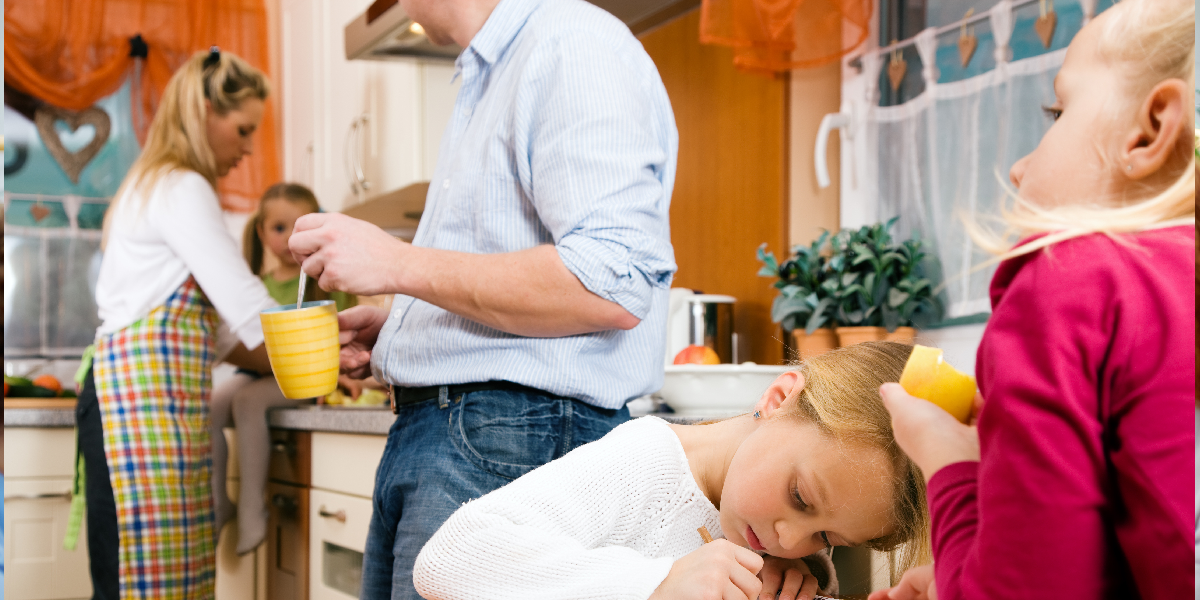 When studying time logs for I Know How She Does It, I realized that people tended to fall into two camps.

There was the “Organized Camp,” full of folks who prepped meals on Sunday for the week, did a load of laundry daily so it never stacked up, and the like.

Then there were people in the “Good Enough Camp.” These folks (I include myself in this) did what we had to do without any sort of organized method.

Women’s magazines are full of service pieces teaching you how to adopt the habits of the former, usually with the promise that this will make your harried life easier. But here’s what I discovered: people in the Organized Camp spent a lot more time on household chores than others. There may be upsides to being organized about food prep and other chores. But saving time isn’t one of them.

I was reminded of this while reading this month’s Real Simple. Longtime readers know I have a thing for this magazine. I love the photos, and the essays, and I totally dug a shrimp taco recipe I found earlier this year. I believe that Real Simple has perfectly tapped into the modern, upper-middle-class 35-45 year old woman zeitgeist. And yet I find that zeitgeist incredibly funny. There is often nothing “real simple” about the suggestions.

Take this month’s feature on “Sunday Prep School.” It was about how to prep ingredients and a few meals in advance for the week. “This plan requires a little sacrifice — two hours on a weekend — but the payoff is huge: a mix-and-match stash of building blocks to create easier, faster dinners all week long.”

What follows are instructions for making carrot soup with herb yogurt, make-ahead mac and cheese, “goes with anything kale salad,” and ricotta meatballs. You’d also prep various ingredients for other meals: you’d roast squash and hard boil eggs and potatoes, trim and slice a pineapple, and make a tuna salad. The result would be instant dinner all week long, right?

No. Take the make-ahead mac and cheese. You spend 25 minutes making it on Sunday, according to the instructions. Then you refrigerate it until it’s ready to bake. On the night it’s ready to bake, you have to put it in the oven at 400 degrees for 25-35 minutes.

In other words, your prepped-ahead dinner still takes at least 25-35 minutes to make. Oh, sure, you could be doing something else in that time, but I found that people in the Organized Camp used the time their make-ahead dinners were baking to make side dishes or personalize the “goes with anything kale salad” or what have you. They’d be in the kitchen for most of those 25-35 minutes. That’s an important number to remember, because there are a lot of on-the-spot dinners you can make in less than 25-35 minutes, such as salmon and green beans, or an omelet. Or anything out of Rachael Ray’s literature. These dishes wouldn’t require you to invest 25 minutes on Sunday in their prep as well. Now granted, if you want baked mac and cheese, this is a way to spread its prep over two days, so it’s a possibility on a Tuesday. The prep-ahead method allows you to have more complicated meals on busy days. But regular old homemade mac and cheese can be made in the time it takes to boil noodles and make a cheese sauce. Or you can go with Annie’s. Not as good, to be sure. But definitely real simple.

I have been experimenting lately with ways to eat better without spending more time on it. The best method I currently have is this: we make something for a weekend meal that can be made in bulk. One week it was a Moroccan chicken stew, another week Real Simple’s slow cooker chicken tikka masala, another week a big batch of chili. If I’m entertaining over the weekend (as I was this weekend) I have the special food from that. There’s no extra prep time, in essence, because it’s what we’re eating for that weekend meal. But then the leftovers can become my lunches or dinners throughout the week. Then I buy a few bagged salads I like (this one Caesar kit, and a southwest with jalapeno Greek yogurt dressing one). Also, it turns out that veggies can be bought pre-chopped! No need to spend time on a Sunday doing it! I buy some cuts of meat that cook quickly (see the salmon suggestion above, or a few shrimp). Finally, I buy a few frozen meals that will work in a pinch. This is truly real simple meal prep. It probably won’t wind up in a magazine, but remember, I’m in the good enough camp. It works.

A version of this post originally appeared on Laura Vanderkam’s website, where she writes about parenting, working, and time management.