Why Being A Mom Doesn’t Mean Giving Up Your Career 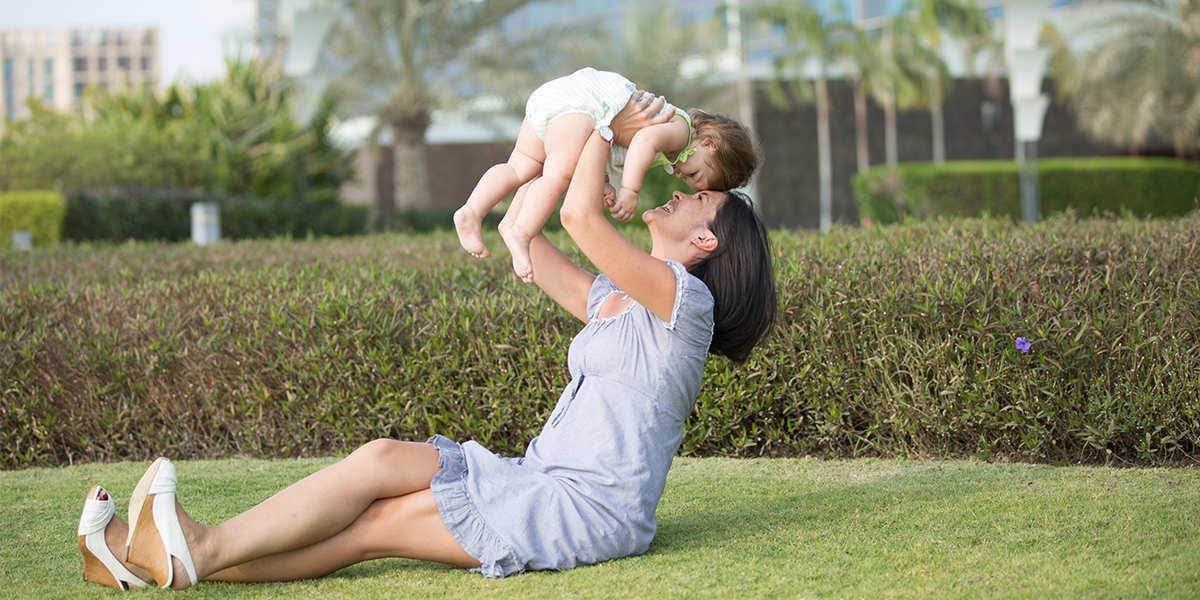 When I was writing a book on time management several years ago, I had dozens of people keep logs of their time. Paula, a Nashville mom of a preschooler who was also launching her own business, requested a time makeover. Her husband is an airline pilot, so he was often on the road. She was feeling like she wasn’t doing a good job making all the pieces fit together.

She sent me her time log, which looked pretty reasonable to me. She was doing a lot of fun things (going to the pool and the park) with her 3-year-old son, B, plus spending a lot of sheer quantity hours with him. She was working somewhere between 25-30 hours per week. She logged these hours partially when B was in preschool, and in bits and pieces here and there. She was sleeping enough. She wanted time to exercise, but that appeared to be more a matter of not making time than not having time.

In other words, she had what most people consider a pretty ideal schedule for a mom of a young child: part-time hours, lots of flexibility. A recent Pew Research Center survey found that the percentage of working moms who say part-time work would be ideal for them rose from 48 to 60 percent from 1997 to 2007, while the percentage that said full-time work was best fell from 32 to 21 percent.

I am not surprised by these numbers, but I also think they show a bit of a blind spot, which was coming out in the fact that Paula wasn’t feeling as blissful about her time as her “ideal” situation suggested she should. I asked her why she needed a makeover. Did she feel like her time with her son seemed more like a chore than an opportunity for meaningful interaction? Did she want more hours to work?

Well, it turns out that I was spot-on, or as she put it, “Oh you hit it perfectly! Spending time with my son is not what I’d like it to be– it definitely feels more like a chore than fun. I’m always thinking about work and what needs to be done… It takes away from my fun. Of course, I think a big part of that is also the fact that business is really struggling — the financial strains are a huge part of this.”

So I told her something you are unlikely to hear in other work-life balance or time management literature. I told Paula she needed to work more. There were two reasons for this:

First, we achieve certain economies of scale with work.

From talking with hundreds of people about their time, I’ve learned that it is very hard to feel like you’re getting somewhere in your career — making a name for yourself, improving at your craft, achieving a breakthrough — working less than 30 hours per week. This is a lot, because these are real hours. Not sitting-in-meetings-you-didn’t-need-to-attend hours, or lingering-over-take-out-at-8pm hours. These are real hours spent focused on your professional craft, both the substance of your work and the networking and prospecting necessary to get to the next level. When you work more than 30 hours, you tend to reach a tipping point. If you’re running a business, your revenues grow beyond what the additional hours would suggest. If you’re working for someone else, you start seeing new opportunities and landing better projects.

Second, because she did have so much time available to be with her son, she wasn’t being very focused with it.

It was the exact opposite problem with her work schedule! People who sit at their offices for 80 hours a week are monstrously inefficient, because they’re always there. Likewise, Paula was just sort of muddling through her hours with B, doing the same things over and over again and, not surprisingly, having the same returns that she would have if she showed up at an office without thinking through her time.

I suspected that if she bumped up her uninterrupted work hours– either by hiring more childcare or having her husband take B on the days he was home — she would feel less panicked about her new business, and she would treat the limited hours she had with B more seriously.

Paula spent some time thinking about this and discussing it with her family. Her husband was open to taking B for 4-6 hours during the days he was in Nashville. I encouraged her to make time for her own interests outside of work, too. There is no need to apologize for having someone else take care of a small child for 3 hours per week (especially in the context of a 168 hour week) so you can exercise. She agreed to give it a try.

So did bumping up her work hours and decreasing her time with B (a bit) help? She wrote me a month later. “I’ve been thinking about it a lot lately especially because of the reversal of instinct that occurred,” she said. “Here I was a mom trying to balance work and time with my toddler — therefore in a downward spiral of decreasing work time while decreasing enjoyment with him. I took your advice and added more hours to my work schedule … and it’s made a HUGE difference!”

She was now spending a strong 35-40 hours a week working again, mostly by doing more at night while her husband traveled (so she wasn’t having to fork out more for childcare). “The result is that I feel much more satisfied with my efforts — and though the pay check hasn’t increased quite yet, the pipeline is and my direction is much more clearly defined with 3 new service platforms I’m offering on my website.” With the pipeline full, “I am now able to ENJOY my time with B and not constantly worrying about having to work more to get caught up.” Put together, this allowed her “to be at peace with where my life is right now.”