Okay, Sleep Is Important. But How Much of It Do We Really Need? 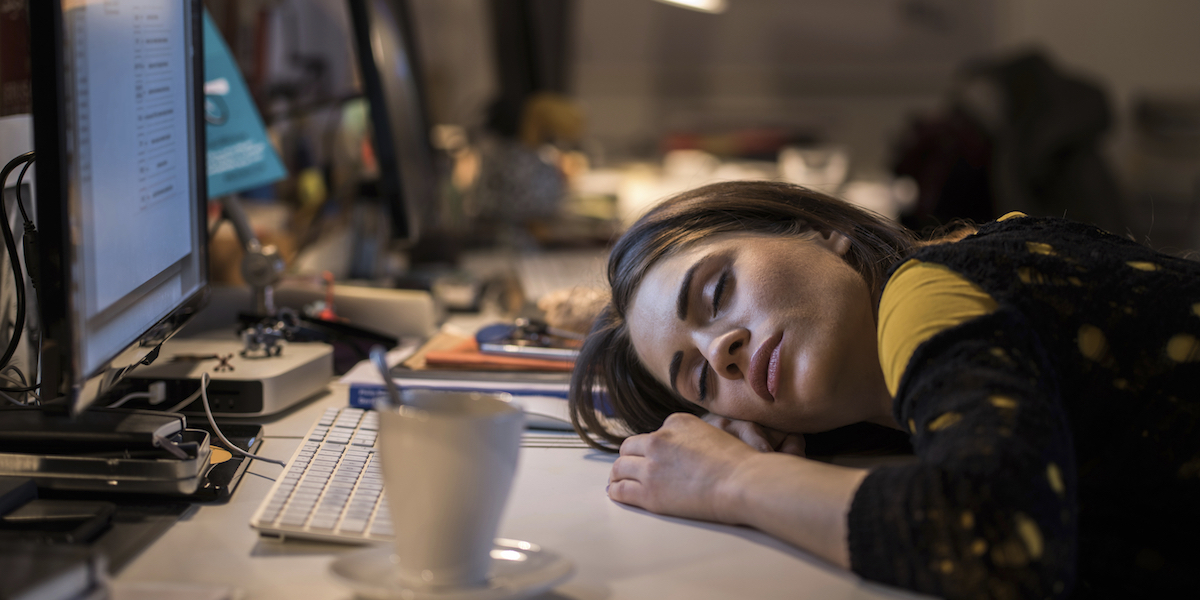 Sunday, March 14, was a grueling day. After staying up until 1 a.m. for a dinner, I woke at 7:15 to catch a train to Washington, D.C., to report a story there. That’s a short night anyway, but the switch to daylight saving chopped out another hour, and by the time I came back to New York in the evening to trade off kid duties with my husband, I was fading fast. Unfortunately, my baby and toddler, thrown off their schedules by the time change, stayed up half the night. Hello Monday, right?

Such tales normally illustrate a thesis repeated so often that few question it: Americans are increasingly sleep-deprived. With the rise of two-income families and extreme jobs, the story goes, we can barely breathe, let alone snooze. Each year, headlines from the National Sleep Foundation’s Sleep in America poll, released earlier this month, purport to show this (The New York Times: “Sleep: Study Finds Many Are Too Tired for Sex“). Working moms in particular speak of sleep, sociologist Arlie Hochschild once said, “the way a starving person would talk about food.”

The stats we embrace

It sounds bleak. But force me to be honest, and I’ll admit this: March 14 was a big exception. Normally I sleep plenty, and there’s evidence I’m not alone. That’s good news — though it raises hard questions about why we think otherwise, because the result has worse consequences than the occasional yawn.

If you believe Americans are sleep-deprived, you can certainly find statistics to support this. In 2009, the National Sleep Foundation (NSF) found that Americans slept six hours and 40 minutes on weeknights and seven hours and seven minutes on weekends. In 2007, the poll found that working moms of school-age kids reported “being in bed less than six hours per night on weeknights.” While some studies find that six to seven hours is OK, the American Academy of Sleep Medicine recommends that adults get seven to eight hours.

Figuring out how many hours people sleep is more difficult than it sounds. You can ask. That’s what some polls do, but research finds that people have trouble estimating how much time we devote to anything from paying bills to washing dishes. You can ask what time people go to bed on a typical work night, and what time they wake up, but tell me moms are sleepy often enough, and I’ll remember March 14 as a typical day.

To combat this, the Bureau of Labor Statistics uses a different methodology when it compiles an annual study called the American Time Use Survey (ATUS). Researchers ask people to record their activities on a certain day, then call them on the following day to talk through the previous 24 hours.

Audits find this “time diary” approach is more accurate than typical surveys, and the results are startling. According to the 2009 ATUS, Americans sleep 8.3 hours per night on weekdays and 9.3 on weekends. This number isn’t skewed by college students and retirees. Married moms who work full-time and have kids younger than 6 get 8.3 hours per night.Those with kids ages 6-17 clock 8.1 hours.

Of course, even if the average person is in bed plenty, this doesn’t mean no one is deprived, and when it comes to sleep, “the real question is a question of quality,” not quantity, says Rubin Naiman, a sleep specialist and clinical assistant professor of medicine at the University of Arizona’s Center for Integrative Medicine.

Even so, eight is a different number than six, and beyond that, the Sleep in America poll findings are often less dire than other people’s headlines. For instance, this year’s poll found that most Americans say their workday schedules leave enough time for sleep, a cheery stat that got less ink than the woes of those too tired for sex.

So why is the sleep-deprivation narrative so compelling? Some critics believe pharmaceutical companies push it to sell sleep drugs, just as “people who sell mouthwash worry about bad breath,” says Daniel Kripke, a psychiatrist and professor emeritus at the University of California-San Diego.

Even if you don’t believe that, chew on this: When I recount a day like March 14, I am showing, in our competitive world, that I am dedicated to my job (I worked on Sunday!) and family. Perhaps others succumb to the same temptation. “There’s this old perception that sleep is maybe a waste of time and not productive,” says Donna Arand, clinical director of the Kettering Sleep Disorders Center in the Dayton, Ohio, area.

Nothing could be further from the truth.

Regardless, this narrative has consequences. In our culture, people constantly ruminate about how hard it is to “have it all.” Exaggerated complaints of sleep deprivation keep young women from hearing this feminist message: According to the Labor Bureau, not only is it possible to have kids, a full-time job and get enough sleep, it’s not even that rare. Indeed, people from all walks of life have enough time in the 168 hours we have each week to sleep 49-56 hours and still pursue their dreams.

This is an empowering message if we’re willing to change the story, so let me start: I went to bed at 11:15 last night and slept until 7:30 this morning. That’s normal for me, and it felt great.