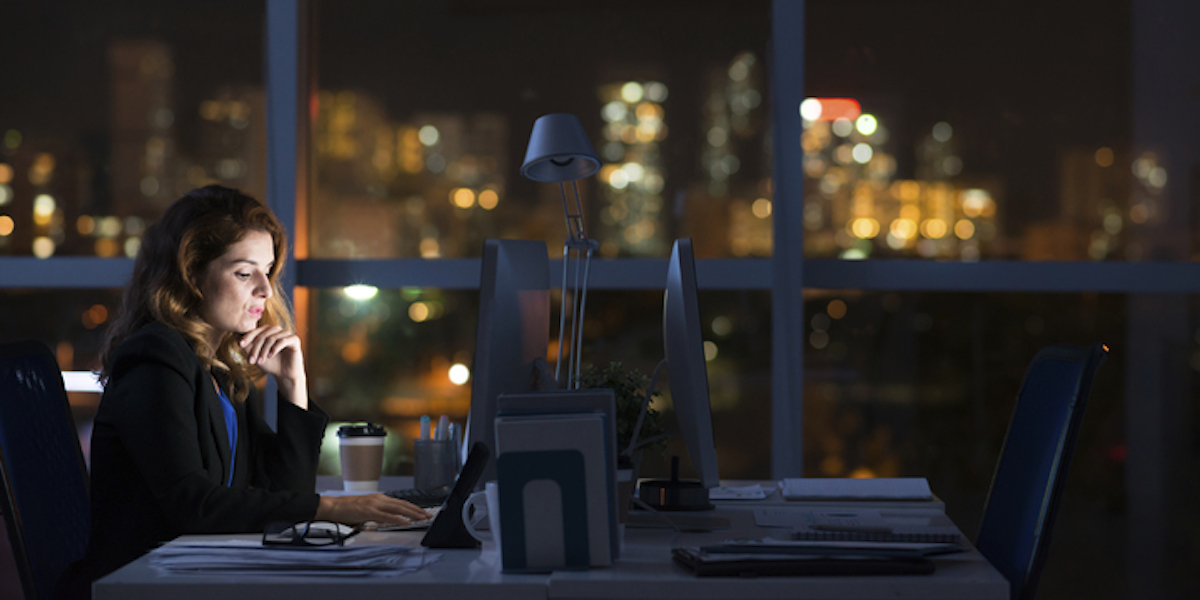 When people track time, they discover all kinds of things, but one of the most common is that they do not work as many hours as they think they do. We (and I include myself in this statement after analyzing my 8784 hours — yes, I overestimated too!) have a tendency to remember our busiest weeks as typical. Not only that, our mental image of a typical week does not involve anything unusual pulling us away from work.

In life, however, these things do happen, both the planned (dentist appointment) and the unplanned (a quick Friday morning trip to the urgent care clinic!). If someone generally works 8-6, this would seem to be 50 hours a week. Yet often there is at least an hour of non-work stuff (lunch, breaks) during a day, bringing the total down to 45 hours. Leave early on Friday and the total comes down to 43 hours. If every other week brings at least a 2-hour diversion, you are down to 42 hours on average.

I don’t know that there is a good way around these diversions. You can minimize some with back-up care, but not all. For the kid-related ones, it seems fair for couples to share, but this is often not the way it goes. According to the Bureau of Labor Statistics, women with full-time jobs are more likely than men with full-time jobs to have worked fewer than 35 hours during the week due to absence. The absence rate in the particular comparison I am linking to (granted, from a few years ago) was 2.7 percent for men and 5.1 percent for women. To be sure, this is not all family-related. Nonetheless, in the various ways that inequality gets exacerbated, this is a real one.

So what to do? I know many of my readers are committed to keeping their careers going full-throttle during the little kid years. Success does not require working around the clock, but it does require intense hours at times. It also requires that one not feel constantly frantic about falling behind. The strategy many parents use is to purposefully work late one or maybe two nights per week.

Sometimes this is a source of guilt, but I do not think it should be. First, there are 7 days in a week. Working late 1-2 nights (which could include working late while traveling) means you are not working late 5-6 nights. 5-6 is a lot more than 1-2. Think 168 hours, not 24.

Second, if you fall behind, you are going to wind up working late right before deadlines anyway. Planning the late nights ahead of time, before the situation is dire, means less stress for you and your family. Kids know that Tuesday is coming, and Tuesday is the night they go to Grandma’s, or it is the night Daddy makes pizza, or that Gail comes and they all play Monopoly after doing homework.

Third, while the usual narrative is that a late night means work is encroaching into family time, if you are the primary parent (or even an equal one) of young children, family will encroach into work time with some frequency. Sometimes, for people with job flexibility, this is for fun, wonderful, chosen reasons (attending the school play!). Sometimes it is for soul-crushing ones (the vomiting child who must be picked up after you have driven an hour in the opposite direction). Smart workplaces take this in stride. Others require formal write-ups if someone shows up at 8:02 instead of 8:00. But in either case, working late is evening the situation back up.

Many people use a “split shift” (working after the kids go to bed) to increase their hours. That can work too, but working straight through on one night might buy you an evening off for a little leisure time — no small thing for a working parent. Working late one night a week can also allow you to be seen, and if you are needing to dash off to pick up a sick kid here and there, being seen working late some nights has major political benefits. Perhaps it should not. But it does. And many people have told me that it feels incredibly nice to get caught up at 7:30 P.M., and then be able to start thinking of big picture stuff while still functional. The split shift is great for routine work, but seldom for deep thinking.