Paychecks or Hugs?: How to Balance Work and Parenting 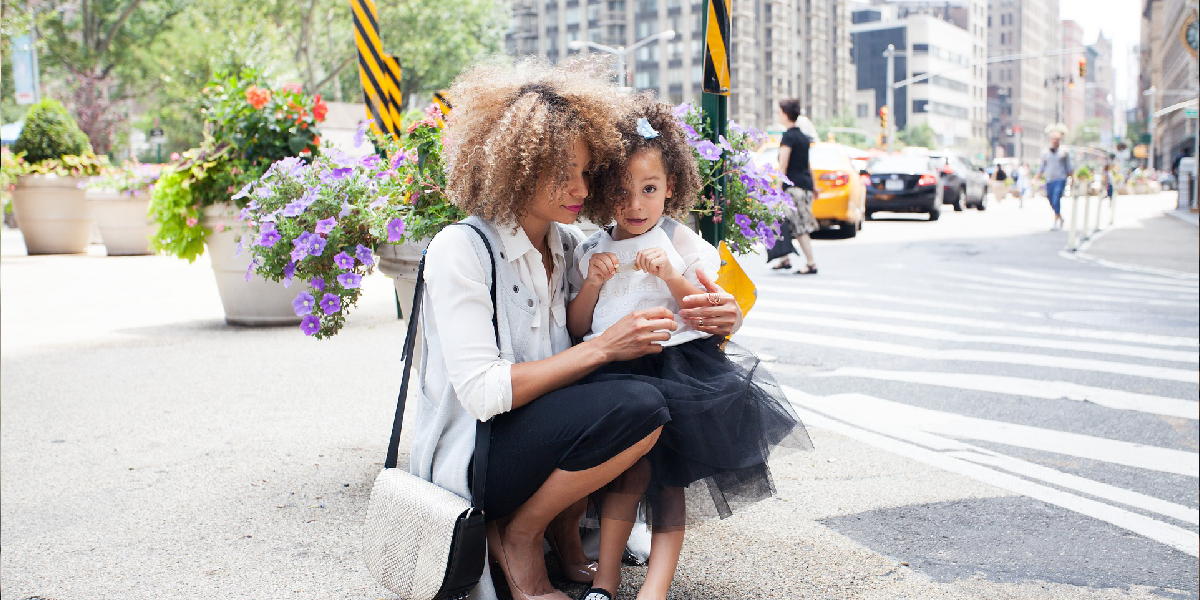 Like any commonly-shared experience, parenting is prone to sentimentality. Sentimentality often leads to non-critical thinking. People spout lines that sound like hard-won truths but, upon closer examination, the “truth” part is debatable.

I’m examining a few of these faulty narratives. (Requisite self-promotional note: I address these more in I Know How She Does It!) The first is that oft-repeated assumption that career success requires harsh trade offs at home. When moms work full time, they miss out on family life.

This narrative takes many forms. It’s Caitlin Flanagan writing in The Atlantic that “When a mother works, something is lost.” It’s a young woman reporting that “I looked at the senior women in my firm and there was no one whose life I wanted.” It’s someone explaining her absence from the workforce like this: “I just couldn’t imagine someone else raising my child.” Or there was the comment from a reader on the Modern Mrs. Darcy blog a few years ago that helped set off the whole process of writing my book: “If you get your joy from a paycheck and a pat on the back, go for it. I prefer hugs and dandelions.”

In this worldview, for women at least, hugs and paychecks are incompatible. They are on opposite sides of the ledger. The only hugs that count are those received at 10 a.m. on Tuesday. If you want the real hugs, well, you better not work. If you do, it better not be more than part-time.

There’s a lot that’s problematic with this narrative. First, there’s the math. There are 168 hours in a week. If you work 40, and sleep 8 hours per night (56 per week), that leaves 72 hours for other things, including hugs and dandelions. Some people work more than 40, though on average not that much more. The women in I Know How She Does It averaged 44, and no one topped 70 during her diary week. To be sure, long workday hours might correspond with the hours children are awake, but from my research, I’ve found that parents tend to structure their schedules to accommodate this. Close to half of women in the Mosaic Project worked a “split shift” — ending work relatively early, doing family time in the evening, then doing some work after the kids went to bed. Parents also score a lot of morning time with kids who wake up early. Those are real hours, as much as any other hours of the day, to say nothing of weekends.

However, even if the only hugs that counted were those received at 10 a.m. on a Tuesday, a reasonable number of women with “big jobs” have enough control of their time that they can receive such hugs. I found that about three-quarters of the time logs in the Mosaic Project featured something personal during core work hours. The nature of modern information work means you might go to a preschool function at 10 a.m., then work later to make up what you missed. If you have control of your calendar, you can work solid hours, and still score kid time. I worked 52 hours last week (including 2 nights away) and yet I also spent 2 hours at my daughter’s preschool, hanging out with her class. I expect this flexibility since I work for myself, but one of my take-aways from the logs in I Know How She Does It was that a number of conventionally-employed women have such flexibility too. It might not be formally arranged, but in much of life it’s easier to ask for forgiveness than permission.

Indeed, given how much kid time I saw on time logs, I’d say the popular narrative has it kind of backward. A surprising number of women aren’t missing out on kid time for work. They’re making life harried because they’re not working enough hours to get the mental space necessary to think about the big picture. I know this is a challenge for me right now. Going to New York for 2 nights last week was a major logistical challenge (oh, the pumping!) But investing in professional relationships is part of being in it for the long haul.

As for looking around at senior women at a company and seeing no one whose life you might want? I’d advise anyone spouting this line to try looking closer. There are stressful moments, and these are the ones that get lamented at cocktail parties. But even in the busiest life, there are often light moments and white space too.

The reality is that women can and do work full time hours while maintaining a primary position in their children’s lives. Indeed, I recall someone making the outsourcing-parenting comment to me on a day a few years ago when I was dealing with kids from 5 a.m. to 9 a.m., working from 9 a.m to 5 p.m., and then dealing with kids from 5 p.m. to 9 p.m. I looked at my baby daughter and thought “wow, for outsourcing parenthood, I sure am seeing a lot of you!”