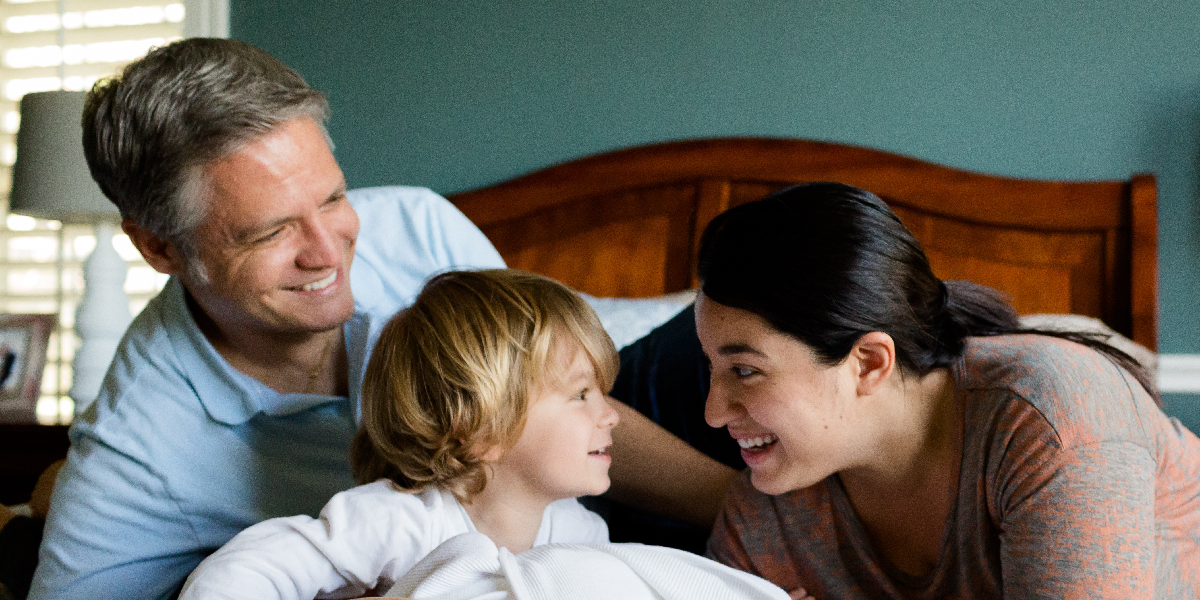 As I’ve been traveling to a somewhat ridiculous number of places these past six weeks, I’ve gotten used to certain questions. People often ask how I came to the topic of time management (I really wish I had a better story). People ask if I discovered anything in my research for I Know How She Does It that surprised me (not on the big stuff. But I’ll throw some random tidbit out there to keep the conversation going).

One question that has surprised me, though, was “Now does your husband stay home with your kids?”

The first time I got that, I was flabbergasted. Then I got it again, and I realized I should think about why I was being asked this. I suspect this question stems from a new, and yet still traditional narrative that’s gaining currency in the conversation on work and life. My husband and I clearly have a lot of children. People are asking me this question when they’ve seen me speak somewhere that’s not Philadelphia. I must be traveling a lot. Traveling a lot seems to mean you’re “leaning in,” as it were, and the common narrative is that when you have young kids, someone needs to lean back for a while. This narrative gains traction now that a number of high-powered women are publicly giving credit to their leaned-back husbands as the secret of their success.

I think it’s great that those couples have figured out arrangements that work for them. Sometimes I do think it would be nice if I wasn’t using precious mental space remembering which kids needed notes about staying after school for activities, or going home in a different carpool for playdates.

The first step to making it work is seizing whatever control you can of your time. I run my own business, so that’s a given, and in my husband’s case, it’s a combination of seniority and carefully choosing working situations. Long hours can be fine. It’s long, unexpected hours that throw a wrench into the works. I honestly believe that 50 hours you choose feels a lot less stressful than 40 (or possibly even 35) that have to occur at a certain time and place

Then you try to alternate the extra hours. One of the attendees at an event last week told me that she and her husband alternate who works late during the week. Monday through Thursday, they’re either solo parenting or working, and then Friday, Saturday, and Sunday are family days. It’s not a bad split. Neither party becomes the person who’s always racing out of work at 5 p.m. for daycare pick up or relieving the nanny. Both still appear to be the kind of person who’s willing to work late or go to happy hour. In our case, I often work on the weekends while my husband takes the kids, since I’m more likely to cover weekday evenings or events that ABSOLUTELY MUST BE ATTENDED and inevitably seem to happen during the work day.

(Side note: My 8-year-old told me I had to volunteer with the book fair this year. Elementary school events are somewhat stressful for me because the two boys are highly attuned to fairness, and if I go do something for one, I have to do it for the other, which means all things are twofers. But, magically enough, their two classes are scheduled to attend the book fair at the exact same time. Yay!)

Third, you get a lot of help. This can be expensive, but if you have two people leaning into their careers, there may be some extra cash floating around. A key point here is that if each of your 50 hours aren’t staggered, you may need more coverage than it is fair to require of one person. I know this was a common criticism of I Know How She Does It — some reviews thought the idea of hiring two nannies was over-the-top, but I think it’s a lot more sustainable and responsible than having one and expecting her to work sweatshop hours. In most cases it doesn’t have to be two FT people. One 40-hour FT person plus an extra 10-20 hours from a PT person could do it. But (see point above) there is a big lifestyle difference between working 40 hours and 55 hours when you don’t control those hours. Putting 55 hours on one person is asking for trouble. I have heard tales of people going through four caregivers in a year. Then you could tell yourself that “women can’t have it all!” … or you could draw different conclusions.

Finally, you look for trouble spots. You can’t always alternate hours and travel, so you have to look forward and anticipate busy times and figure out a plan for dealing with that. Fortunately, the busy times often aren’t eternal. These things tend to go in waves, and taking the long view keeps life from looking unsustainable at any given point.