The Least of Us: True Tales of America and Hope in the Time of Fentanyl and Meth 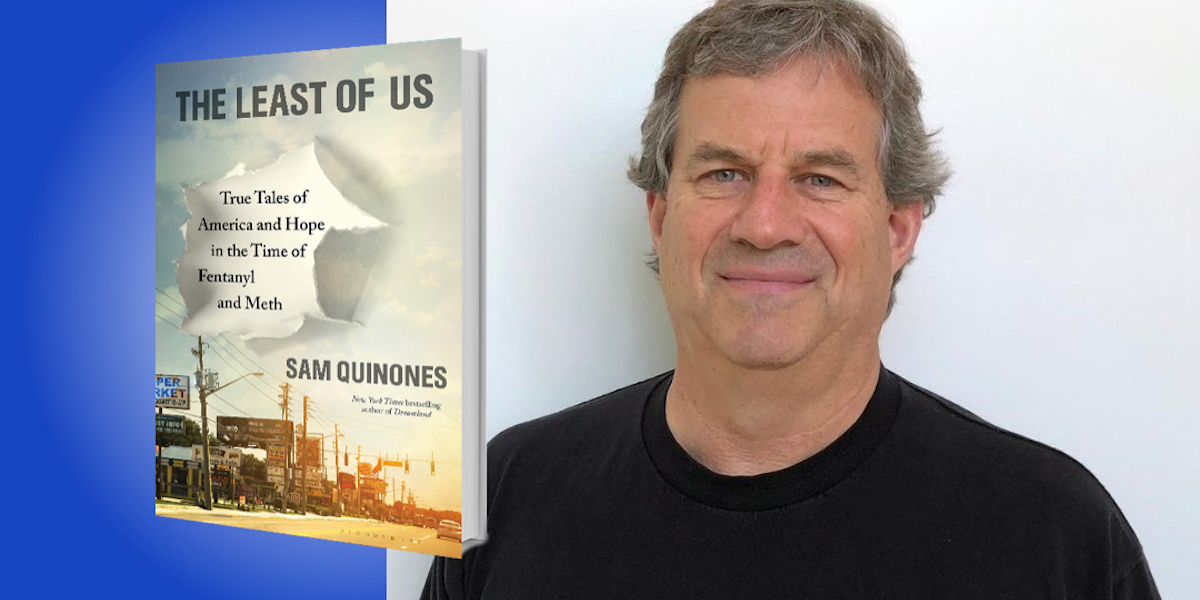 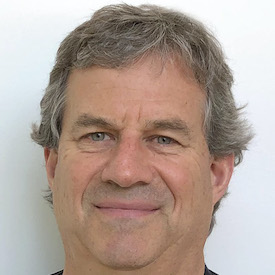 Below, Sam shares 5 key insights from his new book, The Least of Us: True Tales of America and Hope in the Time of Fentanyl and Meth. Listen to the audio version—read by Sam himself—in the Next Big Idea App.

1. We’re now in the era of synthetic drugs.

The new era of drugs is radically different because the drugs being produced today no longer need land, seasons, irrigation, or farmers. They are produced entirely in labs with chemicals. The Mexican drug cartels that grew up in the ’70s, ’80s, and ’90s relied largely on land. But they no longer need land—what they need more than anything is shipping ports, because shipping ports allow them access to the world’s chemical markets, which is where they get all that they need to produce these drugs. What’s more, if they can get access to those chemicals, they can produce drugs year-round. They don’t need seasons, pesticides, or irrigation. They have radically transformed the supply chain of drug production.

Synthetic drugs have proven easier to make. A lot of people know how to make them. At the same time, because they are synthetic, they’ve removed huge costs from the supply chain. One result of this is to democratize the production of drugs.

2. Anybody can be a kingpin.

You don’t need to work your way up some dangerous organization—you can make and sell enormous amounts of whatever drug you learn how to make. And the knowledge is widespread.

“You don’t need to work your way up some dangerous organization—you can make and sell enormous amounts of whatever drug you learn how to make.”

What we’re seeing in Mexico now is a vast proliferation of producers. We call Mexican trafficking organizations “cartels,” but they’re not true cartels. Cartels are like OPEC; they exist to restrict supply and force the price up. We have seen quite the opposite, particularly over the last five to ten years, where supplies of drugs, particularly fentanyl and now methamphetamine, have exploded and prices have dropped.

Producers have access to the chemicals needed to make these drugs via two shipping ports along Mexico’s Pacific coast. They also have a near-limitless supply of guns coming down from the U.S., and thus maintain impunity in the regions where they produce.

One of these is seen with fentanyl. Fentanyl is being laced into methamphetamine and cocaine. People often ask me, “Why would a trafficker want to put into cocaine or methamphetamine a drug like fentanyl, which is so likely to kill the people who buy it?” And the answer is there’s an unregulated free market not just among producers but among dealers as well. And once one dealer adds fentanyl to the mix of his cocaine or methamphetamine, people start to hear how potent it is, and pretty soon, everybody flocks to that dealer. So once one person does it, everybody has to do it. And the concerns of whether customers die or not are secondary.

Because fentanyl is produced in such enormous quantities and available all year-round, dealers also view it as a way of gaining customers. Once you add fentanyl to cocaine, it takes only a few uses of that mix before you basically become a fentanyl addict, and a fentanyl addict is going to buy that drug every day. From the dealer’s point of view, that’s a huge benefit. He gets a regular customer, a daily customer, not a customer who might buy every few days or weekly.

“There’s an unregulated free market not just among producers but among dealers as well.”

Methamphetamine, meanwhile, has been transformed. In the last eight years or so, Mexican traffickers have taken to making it a new way. Why and how that happened is a long story that I relate in the book, but it’s now a new kind of meth made with highly toxic chemicals. Meth of any kind is bad for the brain, but this meth has proven to be especially damaging. It not only creates scabs and a general decline in people, it creates paranoia, hallucinations, and delusions.

This leads to widespread homelessness. This is almost never spoken of when we’re discussing the homeless problem in America, but my reporting has convinced me the problem is directly connected to the catastrophic supplies of methamphetamine made year-round, with very toxic chemicals that can quickly drive people mad.

4. The synthetic era of drugs is about supply.

What this has done, it seems to me, has transformed how we should think about drugs. This is really no longer about demand. No one was demanding a heroin substitute like fentanyl, which would kill them eventually. No one was demanding a methamphetamine that would drive people insane. Really, the synthetic era of drugs is about supply. These drugs were devised, innovated, and produced in such massive amounts because they obeyed the interest of traffickers, not the users. They were easier, cheaper, and more profitable to produce. And so producers said, “This is what we’ll give them, and they’ll take it.” And they were right.

Traffickers’ enormous new markets for fentanyl and meth were built on the opioid epidemic, on people who got addicted first to the widely prescribed pain pills. Many stayed on those pills if they could, or switched to heroin if they got too expensive. But the traffickers of today have found that if they provide enough supply, they can create new kinds of demand. So in many parts of the country, the new meth users are the old heroin pain pill users, and they’re sometimes also addicted now to fentanyl.

“The traffickers of today have found that if they provide enough supply, they can create new kinds of demand.”

All this is calling on us to question certain ideas that were thrown around as possible solutions, such as decriminalizing drugs. It seems to me that decriminalizing drugs, when those drugs are fentanyl and meth produced year-round in the quantities that we’ve seen, is just inviting disaster. With fentanyl, it’s really a death sentence. There is no such thing as a long-term fentanyl user, as there was with heroin. With fentanyl, everybody dies.

I think you can look at the COVID year, 2020, as a long, unplanned experiment in the decriminalization of drugs, while those drugs were fentanyl and meth. The result, of course, was record overdose deaths. And in the case of meth, I believe widespread expansion of mental illness across America.

The era of synthetic drugs as we see today is now also questioning the wisdom of letting people come to treatment when they’re ready. These drugs do not permit that—they will kill people. They will destroy people’s brains before that ever happens. I think what this is calling on us to realize is that we now need to be in the business of forcing people into treatment. This happens most effectively, I believe, by arresting people—not to put them in prison, but to use the leverage of a felony charge to push them into treatment. This happens in drug courts across America every day. It’s a long process. It’s not perfect, but it is the best we have right now. Otherwise, leaving people on the street and asking them to come to treatment when they’re ready is asking for disaster. As the saying goes in drug treatment, no one recovers from drug addiction when they’re dead.

“Leaving people on the street and asking them to come to treatment when they’re ready is asking for disaster.”

5. Community is the solution.

As part of The Least of Us, I spent a lot of time looking at advances in neuroscience, and one of the things that’s clear is that we are all capable of addiction. All of us can be that addict eating from the trash. Every human brain has evolved such that it is susceptible to addiction in one form or another. What’s more, we are surrounded by a toxic soup of legal, addictive substances and services: social media, pornography, gambling, sugar, fat, video games, not to mention alcohol and tobacco. We live now in a time when corporations behave like traffickers, and drug traffickers behave like corporations.

Given all that, it seems to me that our best defense, perhaps our only defense, is repairing, rebuilding, and strengthening our communities. I think the epidemic of drug addiction, along with the pandemic, has shown us that we are only as strong as the most vulnerable. And we’re better off when we look out for each other.

That’s why I called my book The Least of Us and why I filled half of it with small, unnoticed stories of Americans involved in community repair: A woman adopting an infant and caring for the child’s bedridden mother, who was rendered a vegetable by a drug overdose. Townspeople coming together to save its newly homeless meth-addled population from a lethal winter. A sheriff who hires an addict in recovery, first as a janitor, then as a dispatcher.

After years of interviews, research and writing, I’m left with the idea that the lessons of neuroscience, the opioid epidemic, the era of synthetic drugs, and the pandemic are really the same—that we are strongest in community, as weak as our most vulnerable, and that the least of us lie within us all.

To listen to the audio version read by author Sam Quinones, download the Next Big Idea App today: