Life on the Rocks: Building a Future for Coral Reefs 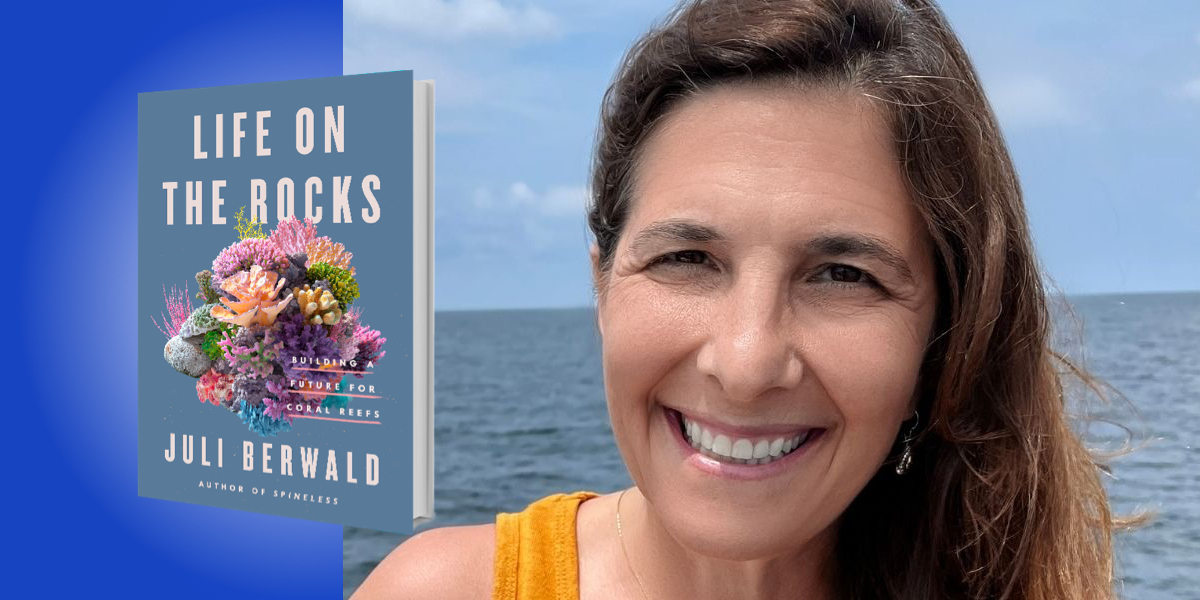 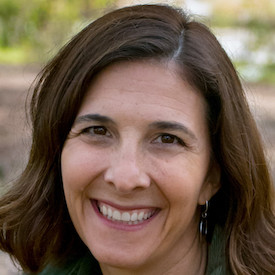 Juli Berwald began her career as an ocean scientist studying satellite imagery of the ocean, before transitioning to writing about the ocean full time. She edits and writes science textbooks, and has written for publications including the New York Times, Nature, and National Geographic. Her first book, Spineless: The Science of Jellyfish and the Art of Growing a Backbone, was featured in must-read lists on Buzzfeed, Popular Science, and Cosmopolitan. She received her Ph.D. in Ocean Science from the University of Southern California.

Below, Juli shares 5 key insights from her new book, Life on the Rocks: Building a Future for Coral Reefs. Listen to the audio version—read by Juli herself—in the Next Big Idea App.

Despite their floral appearance, coral are animals. Each floret is a tiny polyp, most no bigger than a pencil eraser. The small polyps are networked together—their stomachs share nutrition, their nervous systems share information, and their skeletons are bound together, forming colonies.

In the tissues of each polyp are symbiotic algae that make sugar from sunlight, water, and carbon dioxide, and then give 90 percent of that sugar to the coral. This sugar is the energy that allows coral to build their stony skeletons.

Collectively, those stony colonies become reefs. Coral reefs are the largest biological structures on Earth—bigger than anything humans have ever built. If you draped the Great Barrier Reef along the west coast of the United States, it would trail off into Canada and Mexico.

A reef’s boughs and branches, plates and tables, are full of nooks that make for terrific hiding places and homes. From massive whales to minute worms, from spiny urchins to flimsy slugs, and from lumbering sea turtles to elegant eels, coral reefs house a quarter of all marine species. That’s as many as 800,000 species—each species including unknown millions of animals.

When we look at the world’s problems and, in hopelessness, feel that our individual actions don’t matter, let coral show how much can be accomplished through relationships and working together. Coral demonstrate that, collectively, it’s truly possible to have an outsized impact on the world.

I visited the island of Bontasua, in Sulaweisi, Indonesia, where a gaggle of ducks followed me through the center of town to a meeting house. There, a fisherman told me about how a coral restoration project on the reef had increased the number and size of fish he could catch, and that the incomes of fishermen on the island increased as a result.

“The economic value of coral reefs is estimated between $3 trillion and $10 trillion annually.”

Between half a billion and a billion people rely on reefs for their primary source of protein, mostly in tropical developing countries. In Mexico, Indonesia, and Kiribati, the collapse of reefs shifts diets from traditional high-protein foods to low-cost processed foods—which leads to nutrient deficiencies and increased risk of disease.

A healthy coral reef is also the best-known buffer against storms—and storms are only growing stronger in our warmer world. No jetty, seawall, or levee has the protective capacity of a coral reef, which deflects 97 percent of a storm’s energy, and regenerates itself if damaged.

The economic value of coral reefs is estimated between $3 trillion and $10 trillion annually. Coral reefs don’t just provide food and shelter for the creatures beneath the waves—they feed and protect us on land, too.

A few years ago, I went on a Caribbean cruise with my grandmother, and I had the opportunity to dive on a coral reef for the first time since my career moved me away from the ocean. I submerged, looking forward to the bustling world of coral. Instead, I saw strands of moldy-looking algae streaming from decaying skeletons. I saw fish with open sores on their flanks. It was all rot, ruin, and absence of life.

We’ve treated our seas as if they are “too big to fail” for centuries. But they have begun to falter. Pollution and overfishing are critical problems for coral health, but the biggest problem is climate change. The seas have absorbed a disproportionate amount of the heat held in our atmosphere by carbon dioxide (more than 90 percent) and are getting hotter. For reasons that are still unclear, when the temperature rises by a few degrees for a few weeks, the intimate relationship between coral and algae breaks apart. Devoid of the algae’s pigments, coral become bleached. Devoid of the algae’s sugar, the coral starves.

“By 2050, it is predicted that 90 percent of coral reefs—and the animals that depend on them—will be lost due to bleaching.”

Mass coral bleachings were unheard of before 1980. Since the 1990s, however, mass bleachings have occurred almost every year, with at least three spanning the entire globe. By 2050, it is predicted that 90 percent of coral reefs—and the animals that depend on them—will be lost due to bleaching.

On land, we respond to the threat of extinction one species at a time. Imagine how we might act if more than half a million terrestrial animals, which depend on one ecosystem, were threatened by extinction. That’s how we should think about our response to climate change.

4. Coral show us what it means to be both invisible and foundational.

As I considered the growing sicknesses on the reefs around the world, I couldn’t help but compare it to a growing sickness in my own home. When I started writing the book, my 14-year-old daughter abruptly distanced herself from all her friends and started failing her classes. She had become ill with severe OCD. As my daughter’s life crumbled, I saw parallels between what was happening on the reefs and what happens when someone’s mental health is compromised.

Both coral and mental health are often invisible. As terrestrial creatures, it’s not easy to feel the visceral changes on a reef, because we can only visit by scuba—and then for only an hour or so. During the worst of my daughter’s illness, you would have never known what she was suffering. Her illness was invisible, too.

As her illness grew worse, my daughter’s friendships, academics, hobbies, and even her ability to read a book disappeared. Mental health is the support upon which so much of our lives rest. Likewise, the coral reefs are foundational to our seas’ ecosystems.

“On the reefs, we know what is causing the sickness: pollution, overfishing, and climate change.”

Where the parallel falls apart is in this: we have very little understanding of what causes mental illness, which makes it hard to treat. But on the reefs, we know what is causing the sickness: pollution, overfishing, and climate change.

5. Giving up is not an option.

In the Caribbean, I met scientists delving into coral genetics and finding that some coral can survive in hotter seas. In Indonesia, I learned how to rebuild a reef using inexpensive, but carefully engineered, rebar structures called “reefstars.” In Australia, I spoke to scientists exploring ways to shade the reefs by brightening the clouds with aerosolized seawater.

Away from the labs and reefs, I discovered novel ways to bolster coral, too. In 2018, the Mexican state of Quintana Roo, in cooperation with the Nature Conservancy and local hoteliers, took out the world’s first insurance policy on a coral reef. Following Hurricane Irma, the policy paid nearly $800,000 and supported a team of divers called “reef brigades” to repair damage. Now reef insurance is being issued throughout the Caribbean and into the Pacific.

In the Seychelles, an innovative Debt-for-Ocean swap resulted in a discount on an outstanding loan, in exchange for putting 30 percent of their marine habitat under strict protections. A debt swap ten times bigger followed in Belize, and expectations are that an even larger one is in the works in the Galapagos.

Given what’s facing them, coral reefs aren’t going to be the same in the future. I will grieve those that will die. But I also find great hope in these scientific, financial, and political efforts. As coral experts from across the world told me, “Giving up is not an option.” That is the most important insight of all.

To listen to the audio version read by author Juli Berwald, download the Next Big Idea App today: