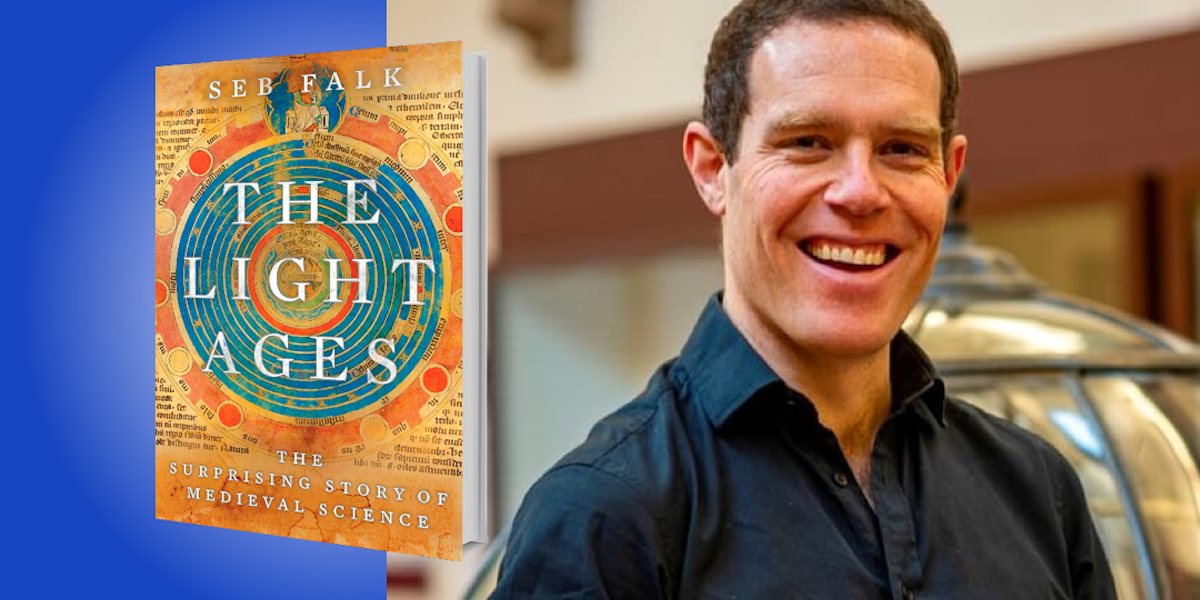 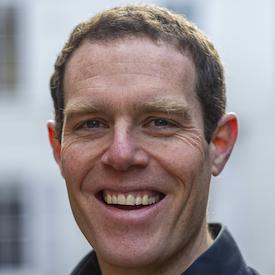 Dr. Seb Falk is a historian, teacher, broadcaster, and historical consultant who, in 2016, was named a BBC/AHRC New Generation Thinker. Seb teaches medieval history and history of science at Cambridge University, where he was a Fellow of Girton College from 2016 to 2019. His research is focused on the scientific instruments of the Middle Ages.

Below, Seb shares 5 key insights from his new book, The Light Ages: The Surprising Story of Medieval Science (available now on Amazon). Download the Next Big Idea App to enjoy more audio “Book Bites,” plus Ideas of the Day, ad-free podcast episodes, and more.

Next Big Idea Club · The Light Ages: The Surprising Story of Medieval Science

1. Science doesn’t depend on geniuses.

We’ve all heard the myths—Archimedes and his bath, Newton and his apple tree, Einstein at the patent office. They make great stories, these isolated geniuses ahead of their time, but telling the story of science as a parade of great men completely misrepresents how science is done. In The Light Ages, I write about John of Westwyk, a monk who lived in England in the late 14th century. No one has heard of him, but by studying math and astronomy, working on astronomical instruments, and inventing his own planetary computer called an equatorium, he made his own tiny contribution to the development of science. This is how science really works—legions of people carrying out experiments, studying and teaching, building up data, working through ideas, and communicating them to others. The more we bring the anonymous men and women of science into the light, the harder it is to claim that anyone is ever ahead of their time.

2. People have always gazed at the sky and wondered.

Everything from Stonehenge to SpaceX comes from the same sense of wonder. Since ancient times, astronomy had been a source of stories and had inspired religious belief. Seasonal changes in the heavens could be read like a calendar, helping farmers plant their crops and fixing the dates of important festivals. It gradually evolved into the first true science, as scholars studying the stars developed precise timekeeping. They could use astronomy to find their location, and even figure out the size of the Earth—and they invented instruments like the astrolabe to show off their knowledge.

“The experimental methods that alchemists developed were the basis of modern chemistry.”

Almost like a medieval smartphone, the astrolabe combined dozens of different functions into a single device that fit in the palm of your hand. It could tell the time, find the direction of North, work out the height of a building, identify a star, tell the length of the day, and more. Also like a smartphone, it was a design classic and a status symbol; some people would buy them just to show off to their friends. So medieval people were just as obsessed with gadgets as we are—and underneath it all was that old sense of wonder about the night sky.

3. Humans have always learned from other cultures.

People often say the medieval world was parochial or insular, but that couldn’t be further from the truth. In fact, in a few particular periods, there was such a strong drive to acquire knowledge from other cultures that there was a whole translation movement. The two most significant translation movements in the Middle Ages were around 800 CE in Baghdad and around 1150 in Toledo. Gerard of Cremona, for example, traveled from his native Italy to Spain to get his hands on the greatest work of ancient astronomy, the Almagest by Ptolemy. Gerard learned Arabic from scratch so he could do it, and while in Spain, he also translated a host of other scientific texts by Greeks, Arabs, Persians, Muslims, and Jews.

That knowledge spread across Europe. So for a monk in 13th-century England who was copying out a Latin treatise on the Hindu-Arabic numerals—the same numerals we use today—that monk started by referencing Muhammad ibn Musa al-Khwarizmi, a polymath who worked in Baghdad. (It’s often said that our modern life is guided by algorithms, and the word “algorithm” comes from the Latin translation of his name, al-Khwarizmi.) That English monk had no problem with the fact that the ideas he was explaining had come from a Muslim, and of course, al-Khwarizmi himself was aware of his debt to earlier scholars in India. So if we think that medieval scholars were somehow prejudiced about where their ideas came from, maybe we should wonder how much we’re just projecting our own prejudices onto them.

“If we persist in ridiculing the past, it will only distract us from fixing our own problems.”

4. We don’t need to disparage the past to feel good.

What does the word “medieval” mean to you? Probably something negative. We’ve all heard politicians and journalists say that something they’re against is “medieval,” and if you’ve seen the movie Pulp Fiction, you can’t have forgotten the notorious scene where Marsellus Wallace tells Zed he’s “going to get medieval on your ass.” Indeed, the very idea of the Middle Ages is built on a slander. The Middle Ages are known as the unfortunate bit between the glories of ancient Greece and Rome and the wonders of the Renaissance, when classical learning was supposedly reborn. The artists and scholars of the Renaissance called the period “medieval” as a dismissive way of saying it wasn’t worthy of respect or study. Later writers dubbed it the “Dark Ages,” a time of ignorance, stagnation, and gloom.

But it’s important to remember two things. First, while people in the past did believe some pretty amazing things about nature—like that unicorns existed and could be tamed by virgins—that doesn’t mean they were all stupid. All those beliefs had a social, moral, psychological, or practical function, just as our beliefs do today. And secondly, the fact that we know more about the world now than people did 1,000 years ago doesn’t make us perfect. For example, the ancient Romans were well aware that lead is toxic, but we continued to pump it through our cars and into city air until just a few years ago. Science hasn’t finished—it never will. And if we persist in ridiculing the past, it will only distract us from fixing our own problems.

“Some of the finest science come out of investigations that were originally looking for something else.”

5. The most fertile ideas can come from the strangest places.

Admittedly, if you want to ridicule medieval science, you’ve got plenty of material. They believed in astrology and alchemy—they even believed that beavers bit off their own testicles. But it turns out that even the most far-fetched medieval theories made important contributions toward modern science. For example, it’s often said that astronomy was the first science, making predictions of the positions of planets based on complex geometrical theories and extremely precise observations. But why were those observations so precise? Because of astrology—it was the desire for astrological accuracy that made ancient people keen to refine and improve their models of celestial motion. And it was the use of astronomy by astrologists that drew attention to the fact that Ptolemy’s geocentric cosmos didn’t match the observed reality. It’s the same with alchemy—the quest to turn base metals into gold might sound like a wild goose chase, but the experimental methods that alchemists developed were the basis of modern chemistry. Their work meant that things like fast, slow, hot, and cold, weren’t just states, but could be numbers on a speedometer or a thermometer.

Indeed, some of the finest science—the most life-changing technology, the most powerful medicines—come out of investigations that were originally looking for something else. That’s why you should never write off scientists, no matter how crackpot they may seem. Because as long as they’re looking at nature with an open mind, you never know what they might discover.