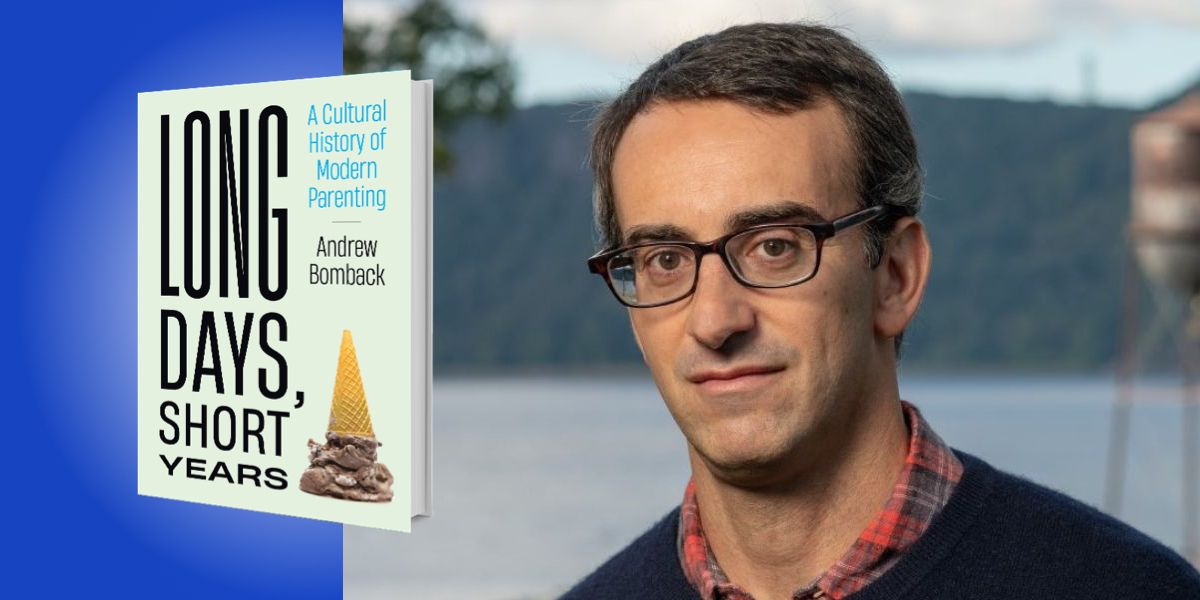 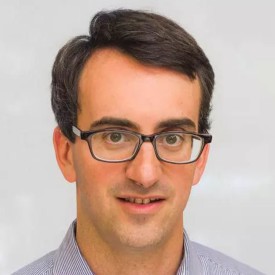 Andrew Bomback is a physician, writer, and father of three. He is Associate Professor of Medicine at Columbia University Irving Medical Center and his writing can be found in The Atlantic, Los Angeles Review of Books, and McSweeney’s.

Below, Andrew shares 5 key insights from his new book, Long Days, Short Years: A Cultural History of Modern Parenting. Listen to the audio version—read by Andrew himself—in the Next Big Idea App. 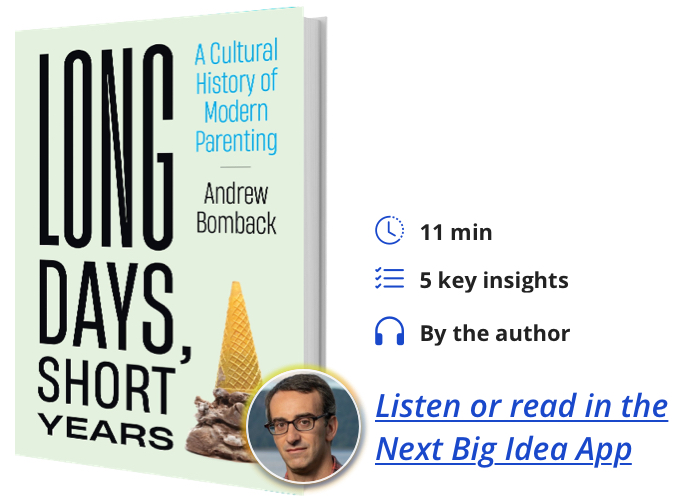 1. Parents are spending an increasing amount of time and energy on their children.

Today, a mother who works outside of the home spends essentially the same amount of time (and a lot more money) tending to her children as a stay-at-home mom did in the 1970s. This normalization of parents devoting themselves to their children 24 hours a day, seven days a week—at the expense of their own lives and, to some degree, happiness—is unique to the last half century. The pushback against this trend of helicopter parenting, whether it’s in the form of free-range parenting or espousing a RIE (Resources for Infant Educarers) approach, are still intentionally cultivated by parents, so there’s an effort involved in trying to make kids more independent.

“The elusive, likely impossible, pursuit of mastery is the essential struggle of modern parenting.”

Taking a longer view, going back 100 years, the work of parents has steadily increased by excluding older generations (grandparents or great-grandparents) from the childrearing experience, as it has become increasingly rare for multiple generations to live in the same house—or even the same town. This has taken a toll on parents, who not only have lost both a source of shared labor as well as a reservoir of practical advice.

2. We use parent more as a verb than a noun.

Moms and dads in the 2000s and 2010s inherited the vast parenting literature of the 1970s, 80s, and 90s which laid down prescriptions on how to raise children. The parent-as-a-verb ethos, so prevalent today, is basically a response to, How are we supposed to deal with all of these prescriptions? The verb form of “parent” suggests that raising children is a skill or science that can be learned, practiced, and mastered. The elusive, likely impossible, pursuit of mastery is the essential struggle of modern parenting.

I have read parenting books, listened to parenting podcasts, scrolled through parenting blogs, and attended parenting seminars. I usually find these resources helpful, especially when I’m struggling with a specific issue for a specific child: having parenting resources geared to that issue can feel like a life vest. But I also find the enormous parenting advice industry problematic.

First, the number of resources can be overwhelming and adds a layer of stress for parents who do not have the time to avail themselves of every available source. The pressure to find the “right” book or podcast or coach is a modern problem.

“Parents can feel disappointed rather than encouraged because the scenarios depicted seem so different—and easier—than what’s happening in their families.”

Second, the how-to guides that are the lifeblood of parenting advice often feel like a set of instructions for a completely different product than what most parents have in their own homes. Parents can feel disappointed rather than encouraged because the scenarios depicted seem so different—and easier—than what’s happening in their families.

Finally, the influx into the parenting advice space of external gurus who are not traditional parenting experts, including biostatisticians, behavioral economists, and neurobiologists, can devalue the work of parents. This new source of parenting advice suggests that data and science, rather than natural instincts, should guide child-rearing.

4. There is a tremendous gap between how mothers and fathers are expected to parent.

Having a child typically doesn’t uproot men the way it can women. Today’s fathers contribute much more time and energy to the process of raising their children than any previous generation of fathers, but so do today’s mothers, and men can continue to be their pre-father selves in ways that women can’t.

This persistent gap between the way parenting consumes mothers versus fathers is appearing more in popular culture media. There’s not a huge difference between the fathers in 80s sitcoms and the fathers in shows and movies today—they almost all have nine-to-five jobs outside the home and dump a lot of the parenting responsibility on their harried partners. The big change is how mothers are presented in pop culture. There are still some too-good-to-be-true, how-does-she-do-it moms, but parenting content that is aimed toward mature audiences (provided that the content is created by women and driven by a desire for authenticity) is focused on exploring the mixed bag nature of motherhood. Recent examples include the bestselling novels The Need, The Upstairs House, Nightbitch, and The School for Good Mothers.

“Parents trying in vain to be perfect for their kids has consequences.”

I don’t think motherhood was easy 50 years ago and suddenly became hard. The evolution is the honesty that is now being employed in discussing motherhood.

The biggest lesson the pandemic taught me about children is how resilient, adaptive, and strong they are. They often dealt with quarantines, masks, vaccines, social distancing, canceled events, and last-minute changes better than adults. At some point, I think parents will look back on this period and appreciate how well children handled the challenge, and hopefully that will make us feel more confident in their independence.

The pandemic also shone a light on the importance of mental health across all members of the family. Parents trying in vain to be perfect for their kids has consequences. Utilization of mental health resources skyrocketed during the pandemic, in part because virtual visits allowed this, but more so because the loneliness of the pandemic exposed anxiety and depression for both parents and children. This transparency about how we’re feeling, and how that affects the dynamics of a family, can only help in raising children. I hope this trend continues.

To listen to the audio version read by author Andrew Bomback, download the Next Big Idea App today: