How to Make Work Not Suck: Honest Advice for People with Jobs 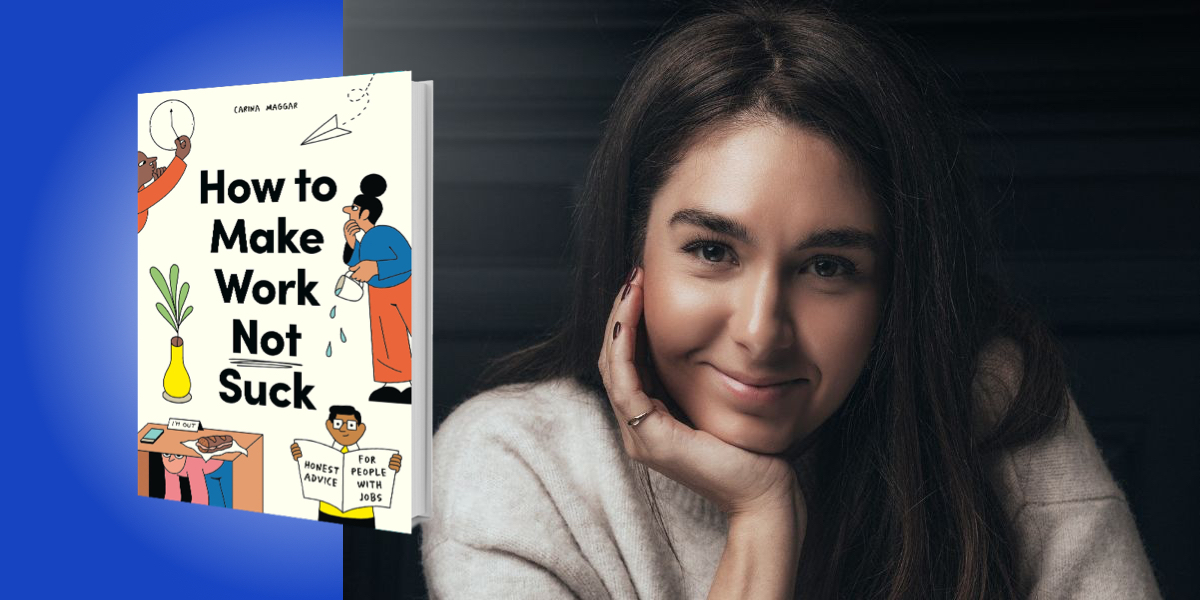 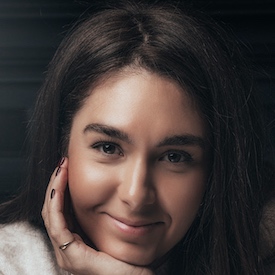 Carina Maggar has spent the past 10 years in various jobs and industries. She has been a bath bomb seller, a dog walker, staff at a film studio, done voiceover work, and presented children’s TV shows. Currently, she is a copywriter and author.

Below, Carina shares 5 key insights from her new book, How to Make Work Not Suck: Honest Advice for People with Jobs. Listen to the audio version—read by Carina herself—in the Next Big Idea App.

1. You will have regrets.

We’re told not to have regrets, but I have a handful—most of which relate to my career. But to anyone who is also full of career regret, know to just learn from the experiences. They can be incredibly useful. I’ve learned that things rarely go as badly as you think, and if they do, then it’s not the end of the world. There’s nothing worse than living with the regret of not trying something just because you were scared.

Suck it up and do it. I used to constantly turn down opportunities out of fear. When I was a television host, I would get nervous before jobs, screen tests, or auditions. I would fill my mind with all sorts of unrealistic scenarios of what could go wrong. Most of them were completely insane, and I’d work myself into such a frenzy that I’d either run from the opportunity or do it without enjoying the experience.

It’s unfortunate, but I’ve also found that the more nervous I was, the better I tended to perform. There’s something valuable in using your nerves for the better and seizing the moment. There’s nothing worse than thinking, “Should’ve, would’ve, could’ve.”

Whether you’re a scientist or an accountant, you are creative. If you tell people, “Oh, I’m not creative,” then you are lying to yourself. It’s just not true. The mere act of dressing yourself is creative. Making yourself a smoothie with different fruits in your fridge, that’s creative. Do you have to solve complex issues weekly? Hate to break it to you, but it’s all creativity.

“Creativity is another word for problem-solving.”

Creativity is another word for problem-solving. Creativity doesn’t need to be up on a pedestal. It’s not unobtainable. We seem to consider creative types as lucky people who have been anointed with a sterling silver paintbrush, but creativity is neither mysterious nor magical. If you’re feeling uncreative, that’s because of your environment, not you. So, switch it up: move your desk, watch a movie that you wouldn’t necessarily pick, have a conversation with someone that you wouldn’t normally interact with, listen to music you’ve never heard, or go for a walk without your phone.

Every successful brand is constantly updating and improving itself. It’s how they remain relevant. The monthly newsletters or discount codes in your inbox are tactics to ensure that consumers stay interested and don’t forget about that company.

You are a brand, so you have to set aside time to think about how you’re enhancing your brand and creating opportunities. Dedicate 10 percent of every week to the brand of you. It might be writing an article, updating your website, or reconnecting with an old boss—anything that lets people know you exist and are worth knowing. You have to remind people that you’re available. Opportunities don’t come knocking on their own. You have to find them.

Productize yourself as best as possible. Think of it like a bring-and-buy sale. What are you bringing? What are they buying? It’s about making it easy for people to buy into you. At the same time, you have to be chatting with people. How else are people going to be recommending you? The world of work is a massive spider’s web, but as an individual talent, you need a shop door. What’s the point in operating as a loner individual who doesn’t talk about what you do, or having a great website that no one knows about? Make yourself easy to find.

“Dedicate 10 percent of every week to the brand of you.”

I’m referring to “career.” Which, I’m not a fan of. It’s an outdated word that is no longer relevant. I wouldn’t say anything I’ve done has followed a linear path. My highlight is that I’ve tried a lot of things in a short amount of time. The word “career” implies that you can’t, or shouldn’t, accept opportunities that are unrelated to your current path. This mindset can imprison you. You’ve married this career, and divorce is not an option. Well, why can’t you be a scuba diver turned astronaut? Who put those rules in place? Only you. If you want to do it, do it. Change your career every decade, if you want.

Rory Sutherland, the vice chairman of advertising agency Ogilvy, says that you should have one or two complementary disciplines or interests that will enable you to bring something to the party that other people can’t. He refers to that as your “hinterland,” which is an area lying beyond what is visible or known.

Rather than thinking of work through the lens of a career, think of it as a series of jobs. There is a danger to expecting that you can plan what you’re going to do next. For example, for people in their 30s today, half of their job titles didn’t exist 15 years ago. It’s a different world.

When you are overwhelmed by a choice, the best thing you can do is make one. If you have no goal in mind, the first step is doing something—anything! But you do need to figure out a reasonable goal sooner than later. Goals are anchors of the future. You have to be aiming for something so that you plan your actions and have a purpose. You have to give yourself a sense of agency to propel yourself into the future.

It’s like trying a new restaurant; every time it’s a risk. If you want the best pasta you’ve ever tasted, but it turns out to be awful, then you’ll be devastated. You set yourself up for a fall. The uncertainty bound to your career is the future. No one knows what the future holds, and though you can adjust your life based on the circumstances, don’t be a servant to circumstances. Set yourself reasonable goals to buffer against the uncertainty of the future, as goals are your best bet for steering towards the circumstances of your choosing.

To listen to the audio version read by author Carina Maggar, download the Next Big Idea App today: