Malcolm Gladwell and Oliver Burkeman on Living Your Best Life 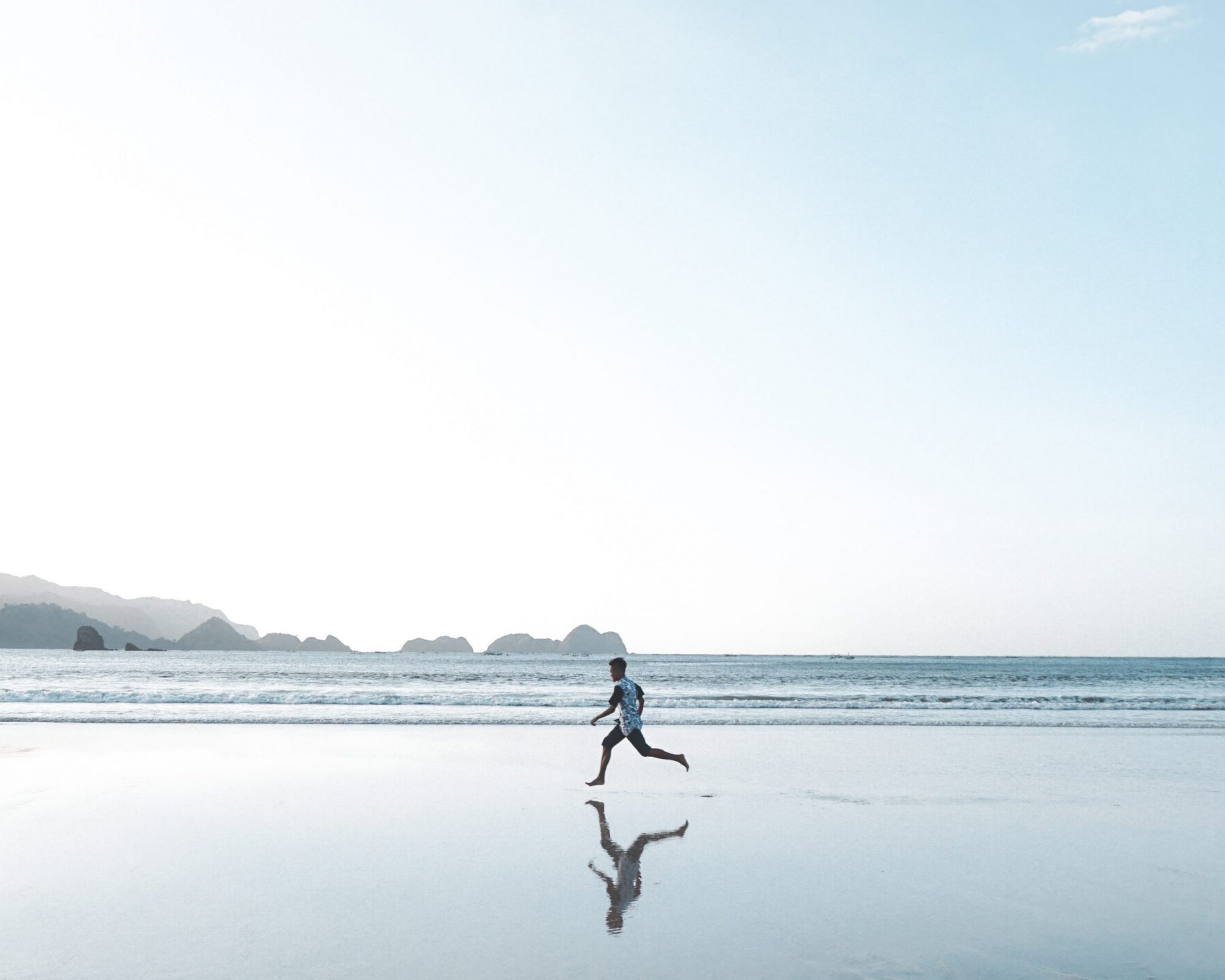 “The average human lifespan is absurdly, terrifyingly, insultingly short.” So begins Oliver Burkeman’s new book, Four Thousand Weeks: Time Management for Mortals. As the poet Mary Oliver asked, “What will you do with your one wild and precious life?” For most of us, the answer is obvious: Get busy. Why squander what little time we have? But in this conversation with Next Big Idea Club curator Malcolm Gladwell, Oliver Burkeman proposes an alternative. If you want to make the most of your time, he says, you have to stop chasing pointless productivity and embrace life’s finitude.

Listen to the full episode of the Next Big Idea podcast featuring Oliver Burkeman and Malcolm Gladwell below, or read a few key highlights.
For exclusive behind the scenes looks into the show, follow Rufus Griscom on LinkedIn

Focus on the present, not the endpoint.

Malcolm Gladwell: You use having a child—a baby—to illustrate that lovely phrase from Adam Gopnik, “causal catastrophe.” Describe the meaning of that notion for a moment. I want to dwell on this, because I think it’s a beautiful way to understand a central message of the book.

When you think about it, that completely neglects the present moment. His example is that on the one hand, the question of whether you should allow your 11-year-old child to play violent video games gets bound up in these questions of How good is the research, and does it suggest that kids who play violent video games will be violent or in other ways troubled in later life? It could be the case that the answer was absolutely not; there was nothing in later life that was negatively associated with that. But it could still be that spending that part of your childhood playing violent video games was just not a good way to spend childhood. And you can think of a million different examples of this. Causal catastrophe. The fixation on endpoints as the value of everything.

Malcolm: Four Thousand Weeks is really taking that idea and running with it very beautifully, and saying it applies to all of us in the way we think about our lives. We’re evaluating our behavior and choices based on some anxious interpretation of the long-term consequences as opposed to simply, to use that horrible phrase, living in the moment.

Oliver: In the book I grapple with the question: How can we make the best use of our time? But there is something in the idea of using time that is inherently instrumental, that inherently measures the value of any moment by where it’s leading. I can’t see how we could ever get past that. There are all sorts of worthwhile things we do in life that we could never do if we were insisting on just being in the moment with no concern whatsoever for where things were leading. But that particular anxiety that says, “You’re heading somewhere. It’s not guaranteed that you’ll get there. You’ll need to use lots of discipline and the right systems and methods”—I think that is deeply baked into our culture.

“We’re evaluating our behavior and choices based on some anxious interpretation of the long-term consequences as opposed to simply, to use that horrible phrase, living in the moment.”

How has Malcolm Gladwell managed to accomplish so much? By never thinking about the future.

Malcolm: I may have inherited it from my parents. I don’t think of either of my parents as being future oriented. They were people we never discussed tomorrow. We only ever discussed today. And I never think about tomorrow. Really. Not much. My most powerful memories of my parents—my father is no longer with us; my mother is very much—are of them being in the moment.

My father would only ever talk about what he was doing, and he would almost never talk about what he intended to do. And my mother was always celebrating the thing that was happening. She’d make a fresh scone, and eat it, and then she would say something to the effect of: “At this very moment, eating this particular scone, I am insanely happy.”

My father was an Englishman, so we would go for long walks on cold days with a dog. And nothing would be said. We would walk for two hours and there would be three sentences. The whole exercise was just about enjoying each other’s company. There was no grand plan. He wasn’t trying to get exercise. The walks had no function. We would get lost, epically, all the time. It didn’t matter.

I’m not thinking about tomorrow.

“My most powerful memories of my parents… are of them being in the moment.”

Zen and the art of slow jogging.

Malcolm: I’m a runner. A fairly serious runner. And we runners are always having a version of this exact same discussion, because the great mistake that people make when they would like to be competitive runners is they think of the daily running that they do—the training—strictly in terms of preparation for some future race or performance. And as a result, you lose sight of why you became a runner in the first place. You forget that the joy of just going for a run is what attracted you as a seven-year-old. Then you wake up, and you’re 50, and every step you take on a Tuesday evening on your run around the park is simply seen as preparation for the race you’re going to do in three months. You’ve destroyed this beautiful thing that you had.

I was reading this morning someone giving advice to young people who are starting out in running, and it was the best advice: If you’re running and you’re not enjoying it, stop. They don’t mean give up running, but just walk for a while, catch your breath, run a little slower. You should be there to enjoy yourself. The point of the activity is the moment. It’s not building some kind of complicated sand castle that is going to make you into a super athlete down the road. It’s very difficult to teach that.

You know, when I was reading, I thought, Four Thousand Weeks could be given to every young competitive runner. You don’t mention running at all, but the book is about so many different things that we do in the world that we’ve turned into something other than what they should be by this kind of over-preparation, over-thinking, over-structuring that you identify in the book.

“So many different things that we do in the world… we’ve turned into something other than what they should be.”

Oliver: Well, I’d be very happy if a copy of it was put into the hands of every young competitive runner in America, but I’m not sure I should be writing from a sports psychology perspective.

There is an important distinction that I want to make. I totally think the joy of competition is a real thing with real value. It’s not that there’s something wrong with wanting to set a new personal best or come in the top of a race. It’s that notion that you need to do that for your self-worth, your justification. There’s something of salvation in the idea that if you triumph in running, you’ll somehow be redeemed. That’s the thing I want to target and try to let go of and help other people let go of.