Malcolm Gladwell on the Renegades Who Tried to Reinvent War 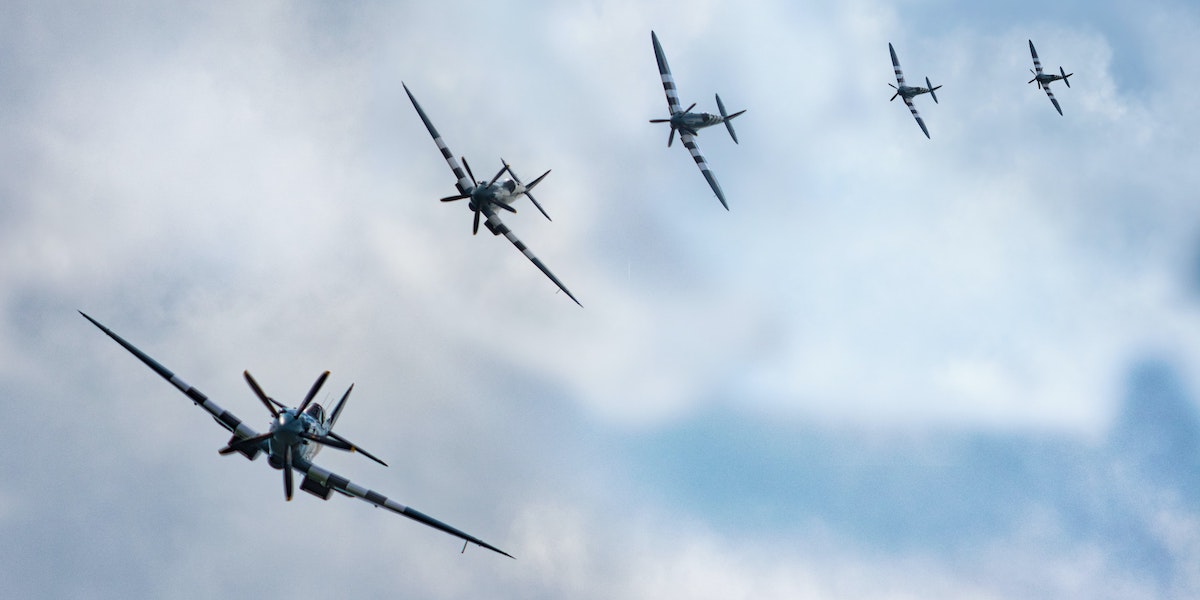 Malcolm Gladwell’s extraordinary new book, The Bomber Mafia, tells the story of a group of pilots who met on a muggy air base in central Alabama and hatched a plan to revolutionize warfare. This was in the 1930s, the era of the bomber, a new breed of aircraft that could supposedly drop a bomb from six miles up and land it in a pickle barrel. If you could do that, you wouldn’t have to level cities, rack up casualties, or send a single soldier onto the battlefield. Planes could win wars all by themselves—or so the young pilots thought.

The Bomber Mafia is about how that dream unraveled in World War II. But because this is a Malcolm Gladwell book, it’s about a lot of other things too, like a Dutch computer genius, a British psychopath, and pyromaniacal chemists at Harvard. It also dares to ask a vexing moral question: What happens when a piece of technology that heralds positive change is driven off course? Find out by listening to the full episode of the Next Big Idea podcast below, or read a few key highlights.

This is not your average Malcolm Gladwell book.

Rufus Griscom: The Bomber Mafia feels like a different kind of book for you in a few ways. For one, it’s the first time, to my knowledge, that you’ve followed a single narrative thread. And it reminds me of something I think I remember you saying years ago—that you admired Michael Lewis, because he had the courage to tell a single story, whereas you historically had a number of stories in your books, which kind of takes the pressure off. It’s like a diversified portfolio of storytelling. Was this a matter of finally finding the right story?

Malcolm Gladwell: Yes, you’re absolutely right. I’ve always admired Michael Lewis because he can do that. I just lack the confidence to do that. What always happens with me is I get distracted. I have one little storyline, and then I’m thinking, Oh, I want to jump over and make another version of this argument a different way. It never occurs to me to maintain my focus on one narrative. But with this book, I finally found a story where I had the confidence to stick to it because it’s just so rich. It’s got character. It’s got action. It’s got complication. It’s got twists and turns.

The Bomber Mafia: An elevator pitch.

Rufus: Do you want to set up the book for our listeners? What’s the elevator pitch?

“They thought they could find a way to wage war such that only a fraction of the people would die.”

Malcolm: This is a book about a group of pilots in central Alabama in the 1930s who became convinced they could reinvent war. And when I say “reinvent,” I mean they thought they could find a way to wage war such that only a fraction of the people would die, such that civilians wouldn’t be slaughtered in massive numbers, such that we wouldn’t have to destroy entire cities in order to defeat our enemy.

And the reason they had this dream was they were great believers in this new thing called the bomber. They thought that bombers changed everything. And more specifically, they thought that if you could drop a bomb accurately from a bomber, if you could hit the target you wanted to hit on the ground, then every other aspect of modern warfare would become obsolete. You wouldn’t need armies. You wouldn’t need navies. You wouldn’t need tanks. Everything you wanted to do, you could do from the air. And once you make that leap, you’re like, Oh, I could just sail over my enemy city, and I can take out the power plant and the aqueduct and the bridges, and then I can go home. The war’s over. They’ll sue for peace.

That’s the vision these guys had, and my book is the story of the birth of that dream, and then what happens to that dream in the Second World War.

Rufus: Describing one of the members of the Bomber Mafia, you say, “This is my favorite part: He was twice elected mayor of Beverly Hills. Oh, and I forgot to mention: He looks like a movie star. That’s one man. In one lifetime.” One of the things I enjoy, as a listener, is that we see you kind of falling for the protagonists.

“I just love all of these guys. So many of them are larger than life.”

Malcolm: Well, I just love all of these guys. So many of them are larger than life. Here’s a guy who’s in the thick of it. First of all, he’s at the head of a technological and moral revolution in the 1930s. Then he fights his way across the Second World War. Then he makes an ungodly sum of money with Howard Hughes in the 50s and 60s. But it’s not enough—he has to run for mayor of Beverly Hills. I just love these guys! Their appetite for doing stuff is endless.

And one of those characters is Malcolm himself.

Rufus: It’s really interesting to see you putting yourself into the story, which you haven’t always done in your writing. And it strikes me that this is kind of a new school rather than an old school approach to nonfiction. I think of it like the TED Talk formula: You have a powerful idea, and you also have a narrator who has some personal connection to it. As we think about the ways that audio is changing the storytelling experience, I wonder if this personal investment makes storytelling that much more powerful. Do you think it’s something that you will do in the future?

Malcolm: Because this book is such a departure for me—it’s a single narrative; it’s about a war—I felt I needed to explain my interests to listeners who are used to a different kind of Malcolm Gladwell story. In a sense, I’m saying to the listener, “Listen, I’m going to be in your ear for the next five hours, assuming you finish. So let me just tell you a little bit about myself before the two of us have such an intimate experience.”