How to Be a Math Genius, According to the (Real) Mathematician in Good Will Hunting 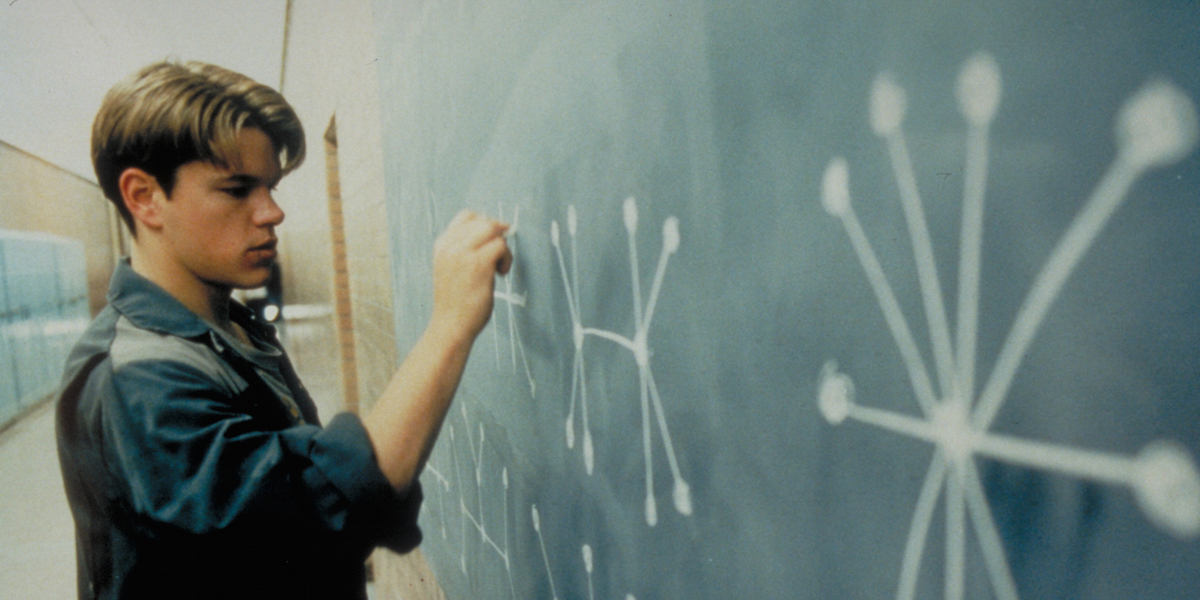 Good Will Hunting tells the well-known story of a young man from South Boston with a wayward path, a job as a janitor, and hidden super-intelligence. As Will Hunting, played by Matt Damon, mops his way through MIT, his gift — which he is reluctant to engage with or share — shines through, and well-meaning mentors discover the math whiz within.

However, while it makes for a good movie, this understanding of intelligence is actually pretty inaccurate.

“The message of that movie is that innate intelligence is real, that people are born geniuses. It’s just totally wrong, even though the movie’s great in every other way.” says David Shenk, author of The Genius in All of Us. Shenk’s work, which largely deals with education and intelligence, draws from the educator and mathematician John Mighton — who also happened to have a bit part in Good Will Hunting.

“One of John Mighton’s amazing insights is that if you break it down into what he calls micro steps, and make sure that every student masters those micro steps, every student can do math. Right now we have this terrible assumption that there are some people who are good at math and there are some people who just will never get it,” says Annie Murphy Paul, another writer and researcher who works to debunk the myth that intelligence is just something you’re born with, not something you build. “He has shown, over and over and over again, in a long career teaching students, that every student can get math as long as we respect and acknowledge the limitations of everybody’s brain, that everybody’s working memory is severely limited. These are things that we didn’t always know. Education is as much an art as a science, and we’ve been teaching in ways that make sense maybe intuitively, or logically, but the more we know about the brain and its capacities, the more we can design education to conform to it, and therefore be more effective.”

Despite the fact that John Mighton’s research directly contradicts the core message of Good Will Hunting, he appears in the film as “the very quiet assistant to the arrogant math professor who takes on Will as a protege, and kind of pushes John aside,” says Shenk. “ I’ve talked to John about this because, he kind of feels guilty about being a part of this movie that he is working his whole life, now, to disprove.

“I can’t remember the exact details, but he actually had a little bit of a fight with Gus van Sant, the director, about the message in the movie, and that’s actually how they recruited him to be in the movie. It’s kind of like, ‘Well, all right, we’ll give you this part.'”