The Metaverse: And How It Will Revolutionize Everything 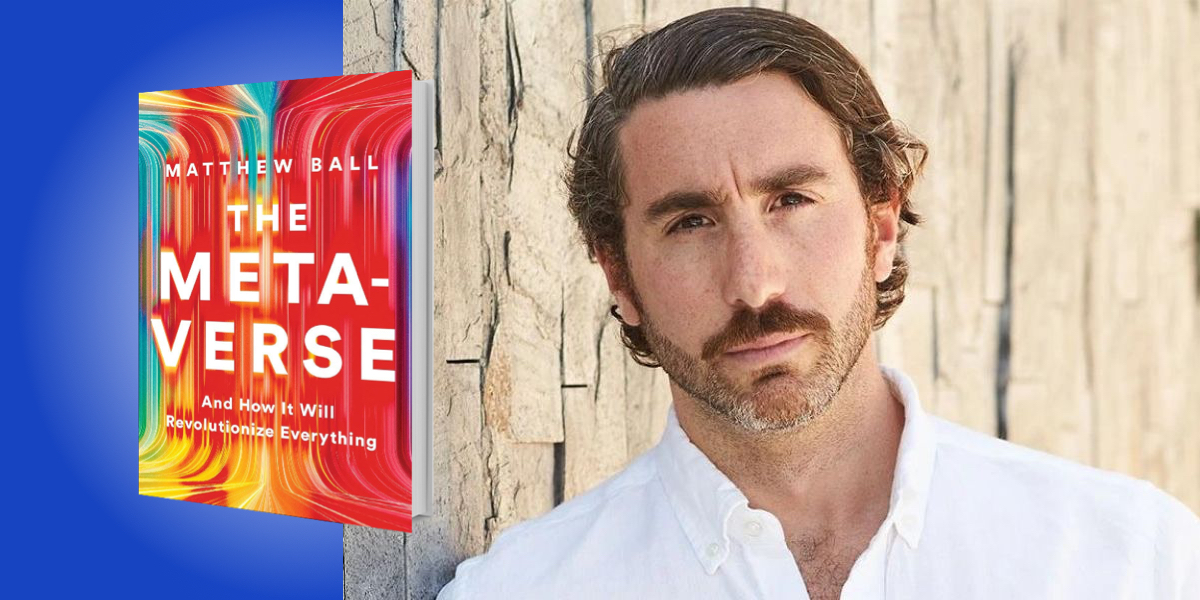 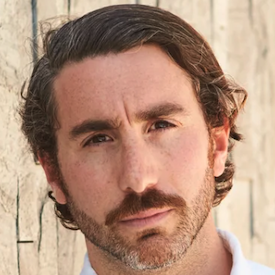 Matthew Ball is the CEO of Epyllion and the former global head of strategy for Amazon Studios. He has written for the New York Times, The Economist, and Bloomberg, and his essays on the Metaverse have been cited by leaders at Epic Games, Facebook, and more.

Below, Matthew shares 5 key insights from his new book, The Metaverse: And How It Will Revolutionize Everything. Listen to the audio version—read by Matthew himself—in the Next Big Idea App.

1. How should we think about the Metaverse?

There have been three core computing and networking eras over the last century. The first was the mainframe era, which began in the 1950s and ran through the 1970s. It was succeeded by the personal computing and internet era, which was in turn followed by the mobile and cloud era, which we live in today and generally say began in the mid-2000s. The Metaverse should be understood as a fourth computing and networking era, and observing the changes and consistencies across the three antecedent waves allows us to understand its importance.

First, each era enabled old problems to be solved for the first time while revealing nuance. Most importantly, it altered who accessed computing and networking resources—where, when, why, and how. This is essential to understand. The mobile era took a computing device that was locked in our den and living room, only occasionally used to access the internet, and transformed it into a device that was with us at all times. But the innovation was less about its technical connectivity and more about how it altered what we did online and when we used a computing device.

This led to a third consistent attribute: each era leads to new companies, which take advantage of new technologies, behaviors, use cases, and needs to move to the forefront of the economy. The economy connects to our fourth point: each wave grew the global economy, as well as digital’s share of the global economy. As a result, each wave was also more valuable and came faster than the era that preceded it.

Today, the U.N. estimates the digital economy to be roughly 20 percent of world GDP, or $18 trillion. And Goldman Sachs, Morgan Stanley, and Citibank estimate that by 2032, the Metaverse will contribute $8 to $13 trillion to our global economy. That would be another 10 percent of global GDP, representing between 20 and 40 percent of growth to come in the following years. Jensen Huang, the founder and CEO of Nvidia, estimates that by the end of 2050, in excess of half of the world’s economy will either be set in or powered by the Metaverse.

2. How will we experience the Metaverse?

The Metaverse is often described as a 3D version of the internet, one which elevates almost all of today’s digital experiences into another dimension, but also which fundamentally underpins the physical world around us. Why is 3D so important? Why might this advance contribute trillions to the global economy? One core reason for this hypothesis is the fact that, as humans, we did not evolve for thousands of years to interact with one another, with information and content, in 2D. The idea that our lives surround a flat piece of glass is counterintuitive. In fact, it is understood to stymie many core use cases in parts of the economy today.

“As humans, we did not evolve for thousands of years to interact with one another, with information and content, in 2D.”

Consider healthcare and education, two areas that are some of the most expensive and yet important parts of the world, especially in the American economy, and which have long resisted disruption in the digital era. We believe that the advance into 3D immersive space, into simulation, can fundamentally alter these two categories. A conference could be augmented by motion capture, and sensors could allow for rich physiotherapy and diagnostics at a distance. In education, imagine that we’re no longer building a volcano out of papier-mâché, baking soda, and vinegar, but actually constructing one at the atomic layer, agitating the magma as students watch in a virtual classroom. To better understand physics, we might build a Rube Goldberg machine not just on Earth, but also on Venus, on Mars, on the Moon. The Magic School Bus is no longer entertainment, but an experience.

The extent to which 3D will augment and change the world around us is hard to know. But what we should understand about the Metaverse is the belief that an ever-growing share of our existence—our time, leisure, friendships, wealth, and happiness—will exist inside virtual, 3D spaces.

3. What isn’t the Metaverse?

Number two, the Metaverse is not Roblox, Minecraft, or any other game. These are virtual worlds or platforms that are likely to be part of the Metaverse, but not the Metaverse itself. As an analogy, we can observe that Apple and Google aren’t the internet. They are horizontal and vertical platforms on it.

Number three, the Metaverse is not Web3 or crypto/blockchain. These are principles and/or technologies that may or may not be relevant to the Metaverse, but are not the Metaverse. As an analogy, note that social and SQL database are not the internet nor computing at large, even if they are important to both.

Number four, the Metaverse is not an overhaul to the internet. It’s not something that will replace all mobile models, devices, software, behaviors, and so on. Note that mobile did not replace the internet. It did not replace personal computing devices—it supplemented them. And here in 2022, we still do many things as we did in the pre-mobile era. I wrote my book on a PC physically connected to the internet, even though most of my life is on a mobile device.

“The Metaverse is not a comprehensive vision of the future.”

Number five, the Metaverse is not a comprehensive vision of the future. No part of the internet’s technical definition known to experts and advocates in the 1990s said what to build when, or how it would be used and monetized. And this is because innovation is recursive; a technology emerges, which leads to new behaviors and use cases, which are responded to with new technologies. There was no way to know in the 90s that Instagram and Snapchat Stories would dominate the world today—no way to predict the power of TikTok to affect Billboard charts, and the ways in which the largest social network, which began as a “hot or not” college application, would affect our political cycles.

If the Metaverse isn’t here yet, why is it so important to the average person in 2022? To answer this, let’s review the history of the internet, one of the most important technologies in human history. It’s easy to forget the internet’s quirky but essential starting point. It comes not from enterprise, but from government and public research labs. It was built as a de facto public good and for collaboration, not for data collection, advertising, or selling widgets.

This enabled the internet to be such a force for good—why it has created millions of companies, why it has democratized information globally, and why it provides a megaphone for so many disenfranchised individuals. We can imagine an alternative situation, where the internet protocol suite is privately owned, where what you use on the internet, how, and with which technologies, is a fee paid to your internet service provider, a technology company, or your device manufacturer.

Yet despite the origin of the internet as a public good, big tech has grown increasingly powerful. They control an ever-growing share of what we do, how we do it, and the fees we pay. With the Metaverse, this strength will grow further still. We should think about the Metaverse as the operating system of our future; that means there will be someone who programs our parallel plane of existence.

In 2006, Tim Sweeney—the founder and CEO of Epic Games, one of the leaders in the Metaverse today—warned, “This Metaverse is going to be far more pervasive and powerful than anything else. If one central company gains control of this, they will become more powerful than any government, and be a god on Earth.” One can find this claim slightly hyperbolic, similar to the belief that the Metaverse will be half of the global economy. But we should still take heed at the message. The internet came from the government because it was the only organization with the ambition, funding, and resources to build it. This will not be the case for the Metaverse. It will emerge from private industry. It is the only sector that has the resources to build it, not to mention the incentive and desire to do so.

“We should think about the Metaverse as the operating system of our future; that means there will be someone who programs our parallel plane of existence.”

And yet, the transformative nature of every wave of computing means that nothing is set. That means we—as users, consumers, voters, and developers—have agency. We get to decide which companies will win, which will lead us into the future, and with which business models, which philosophies, and frankly, which executives. So why does the Metaverse matter to the average person today? Because we need to choose the future we want.

5. Is the Metaverse dystopic?

Is the Metaverse a dystopic idea, of interest only to techno-capitalists seeking out a future of techno-feudalism? Will it be a force for good or for ill? Will we be happy when the Metaverse arrives, and should we be?

These are fair, understandable, and important questions. After all, the term “Metaverse” comes from dystopic science fiction, the 1992 classic Snow Crash. In Snow Crash, author Neal Stephenson doesn’t pass explicit judgment, though he certainly suggests it worsens the world around us, while also leading many of us to disengage with its problems. The history of virtual simulations throughout the 20th century come to similar conclusions, most notably William Gibson’s Neuromancer.

And yet, we shouldn’t get hung up on how the Metaverse and like ideas have been described in science fiction novels. After all, drama underpins most fiction, human drama underpins most drama, and utopias tend not to make for much human drama. Instead, if we focus on the virtual worlds and platforms that most closely resemble the Metaverse today—be that Roblox or Minecraft, or its antecedents in titles such as Second Life and MUDs and MUSHs of the 1970s—we find fundamentally different ideas, polarities, and focused design principles. They seek not subjugation, but self-actualization, realization, expression, creation, and identity.

This doesn’t mean the Metaverse doesn’t have its own problems. We are 15 years into the social, mobile, and cloud era, and we have many unsolved challenges. Data rights, data security, data literacy, abuse, harassment, toxicity, happiness, platform power, platform regulation, dis- and misinformation, radicalization—we are struggling to resolve these. They will all get harder in the Metaverse, and many of the answers that we have today will no longer apply.

I believe the Metaverse is coming. A life virtually simulated and augmented by projection displays and AR devices is inevitable. We can see it in the arc of our existence. But what it contributes to society, and how—that’s up to us.

To listen to the audio version read by author Matthew Ball, download the Next Big Idea App today: