We Might Be Able to Cure Death—But Should We? 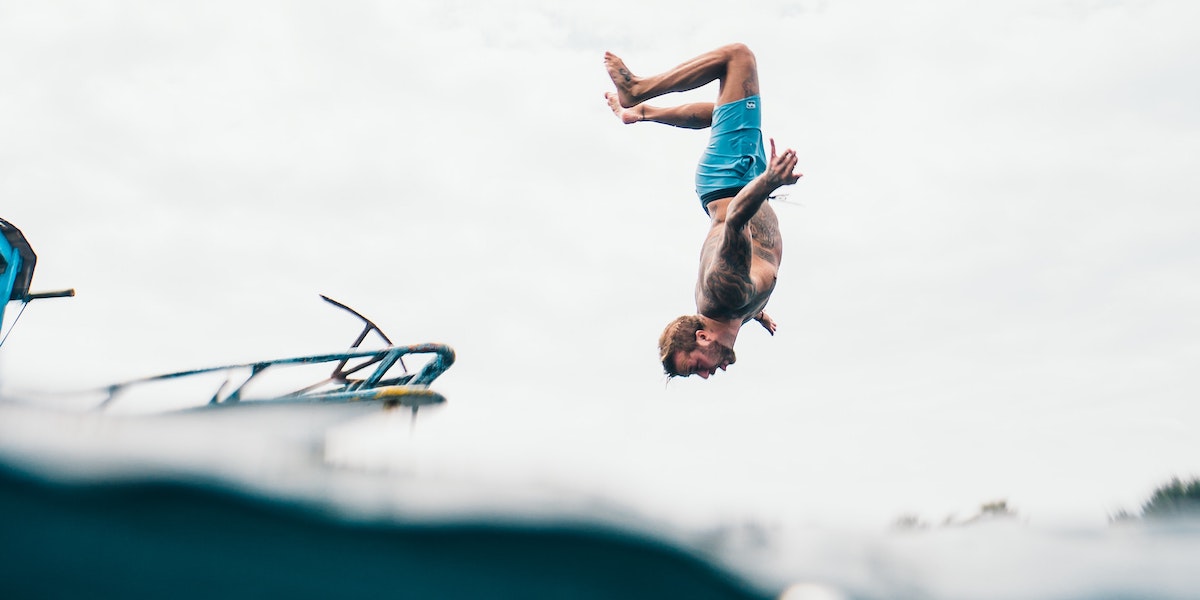 Over the past century, the average human lifespan has doubled. That astonishing statistic is the subject of a new book and PBS series by acclaimed science writer Steven Johnson called Extra Life: A Short History of Living Longer.

In today’s episode of the Next Big Idea podcast, Steven tells Rufus about the renegades who shamed milkmen, spiked public reservoirs, and rode rocket-powered sleds—all in the name of science. They discuss how inventions like vaccines, seatbelts, and sewers made the world a safer place, and they peer into a future where aging might be a thing of the past. Listen to the full episode below, or read a few key highlights.

We are the beneficiaries of incredible breakthroughs in public health. We just don’t realize it.

Rufus Griscom: Barack Obama gave Extra Life some love recently, tweeting that it “offers a useful reminder of the role of modern science in fundamentally transforming all of our lives.” And as you point out, it is in moments like this one that we all become aware of this whole journey we’re on, collectively, to try to improve public health.

Steven Johnson: The spirit of this whole project was that we do not recognize how much we are the beneficiaries of this kind of progress in human health. And we don’t recognize it for a couple of reasons. One is that it happened slowly and incrementally over time—it wasn’t a sudden, dramatic breakthrough. And the other reason is that the progress is measured in non-events; it’s measured in the things that didn’t happen to you. You didn’t die of smallpox when you were five, because smallpox was eliminated. You didn’t die in that car crash you were in when you were 15, because seatbelts had been invented. And so there’s a weird blind spot that we have to these amazing triumphs.

To me, the best way to kind of trick people into recognizing the magnitude of the change that we’ve undergone as a species is through this one measurement of life expectancy. To me, that is the condensing down of all of these extraordinary advances into one number, a number that measures probably the most important form of progress there is.

If a time machine takes you back to the 1800s, don’t go to the doctor.

Steven: One of the things that was most surprising to me in researching the book was how late medicine was as a useful intervention. It doesn’t start to have a positive effect, other than vaccines, until the 20th century. There are some fascinating studies that came out recently where people look through mortality records from the 1600s and 1700s. They found this strange thing where the wealthiest members of society were actually dying a little bit earlier than the working class, and the theory is that it was because the wealthier members of society had access to doctors. Everybody else was getting cured through their own immune reactions, but wealthy people were going to the doctors, and the doctors were like, “You should have some arsenic!” or “Let me attach these leeches to your body!” So medicine was actually harmful for an incredibly long period of time.

“When we are given drugs and told that they are effective, 20 percent of the time we will actually get better—even if they’re not effective.”

Rufus: If any of our listeners encounter a time machine, what’s the date before which you should just run away from doctors as fast as you can? When was the inflection point when the medical establishment actually started improving people’s lives?

Steven: So if you have a time machine, it matters where you’re going and when you’re going. But the two main things are, firstly, that hospitals were very unsanitary before the germ theory of disease was developed and Semmelweis finally convinced people to wash their hands between surgeries, which was a breakthrough that became the norm in 1870. But the real medical advances came from pharmaceutical drugs, and that didn’t start in earnest until the 1930s, 1940s.

Rufus: Which is astounding, because if we think back, we had trains, electricity, photographs, early television, radio! We think of this as a technologically sophisticated time.

Steven: Well it’s an interesting paradox why medical drugs took so long to be invented. We didn’t have randomized controlled trials (RCTs) to test the efficacy of a given drug versus another drug. That’s what we’ve been living through with the COVID vaccines. We have these systems to figure out if something works, but we had to invent those systems. It was not an intuitive thing to figure out if a drug would work or not.

You would think that there would be market forces that would select the good drugs versus the bad drugs. But medicine is weird because of two things. One, we have a built-in immune system, which is often able to fight off an infection or an invading virus. And then there is an interesting quirk of nature, which is the placebo effect. When we are given drugs and told that they are effective, 20 percent of the time we will actually get better—even if they’re not effective.

And so we needed RCTs, these statistical experiments, to be able to tell what was really working—and they didn’t arrive until the late 1940s.

“The eradication of smallpox . . . is one of the most impressive things we have ever done as a species.”

If we celebrated the eradication of smallpox the way we celebrate the Moon landing, we would have a lot less vaccine hesitancy right now.

Rufus: It’s hard to fully comprehend how much of a blight on humanity that smallpox was. I think it killed three out of 10 people over thousands and thousands of years. And the instinct with the early variolation was to scrape the pus from the pustule of a cow pox, and put it into the arm of a boy. And this was the beginning of figuring out how to protect people from this horrible disease.

Steven: And it eventually culminates in the eradication of smallpox in the 1970s. The project began in the mid-1960s and took about 10 years, and I think it’s one of the most impressive things we have ever done as a species.

The argument that I’ve been making in the age of COVID is that if we celebrated the eradication of smallpox the way we celebrate something like the Moon landing, which happened in the same timeframe, we would have a lot less vaccine hesitancy right now. We’d recognize like, “Wow, vaccines did this incredible thing—they eradicated this ancient killer for good. That’s what science does.”

Scientists believe that one day, they’ll cure aging. That may not be a good thing.

Rufus: Steven, you mention at the close of your book this possibility of a more radical extension of life. There’s been a lot of research on this topic, and a number of researchers think there’s a very real chance of extending the human lifespan, within our lifetimes, by decades. What’s your take on that?

Steven: It’s a fascinating question. Most of us take it for granted that aging is inevitable. But what we’ve learned in the last 20 or 30 years is that the aging process seems to be programmed into our bodies by our genes.

“The innovation that we need is not just some new pill or new vaccine—it’s actually a way of collectively making decisions as a society.”

None of this has been fully proven yet, but there is a reasonable path to taking that state you’re in when you are 25 or 30—when your body has stopped developing, but it hasn’t started aging yet—and extending it indefinitely, which would have two effects. One would be that you would live in that state for a much longer period of time, so you would have a much longer healthspan, during which you’re in full command of your faculties, you’re healthy, and you’re not aging. The question is, could you also extend lifespan radically, and have people who live into their 150s or beyond? That’s what’s on the table. And what we have to confront is that this is no longer the realm of snake oil salesmen and imposters—there’s real science suggesting this is possible. So we’re going to have to grapple with this question potentially in the next 10 or 20 years. Do we want to do this?

Rufus: Well, how would you propose, Steven, that we wrestle with these issues?

Steven: I think back to a conversation that you had on this podcast with Walter Isaacson, talking about CRISPR. Isaacson talks a lot about gene editing and that point in the not-so-distant future when we will potentially be able to edit the genes of our future children, and select out dangerous, deadly mutations. But it then raises the possibility of someone deciding, Well, I would also like them to be a little taller. And why not give them better math aptitude? So we have these rapidly approaching ethical quandaries that are raised by these new developments: Should we allow people to edit their children’s genes? Should we cure death and allow people to live forever?

And the problem is, we don’t really have a mechanism to decide whether we want to do these things. We’re talking about potentially reining in technologies, and historically we have not been very good at that. But there are lots of things that, historically, we weren’t good at that we ultimately were able to figure out. Think about something like the eradication of smallpox—it was both scientifically and institutionally impossible to eradicate smallpox 250 years ago. We didn’t have smallpox vaccines, but we also didn’t have organizations like the WHO that could organize a smallpox eradication effort around the world.

What I’ve come to believe is that we need a comparable level of innovation in governing bodies or ethical oversight systems that can help us wrestle with these questions and help us decide, collectively, whether we want to do things like cure death. And that has to involve all of us. Right now, it’s just up to the scientists in labs and the Silicon Valley people who are funding this research and evangelizing for it. But it can’t be just up to them, because the stakes are so high—the consequences of something like this are so immense. We all have to be involved in this collective decision.

The innovation that we need is not just some new pill or new vaccine—it’s actually a way of collectively making decisions as a society. We need to invent that kind of system as much as we need to invent some radical new cure.