Mine!: How the Hidden Rules of Ownership Control Our Lives 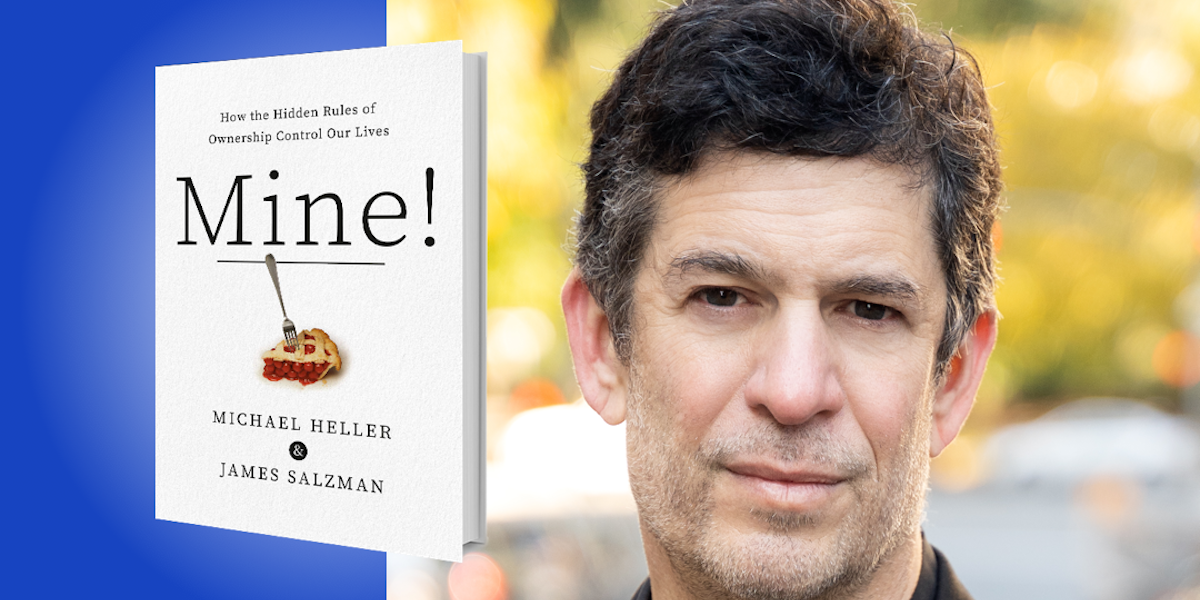 Michael Heller and James Salzman are among the world’s leading authorities on ownership. Heller is the Lawrence A. Wien Professor of Real Estate Law at Columbia Law School. He is the author of The Gridlock Economy: How Too Much Ownership Wrecks Markets, Stops Innovation, and Costs Lives. Salzman is the Donald Bren Distinguished Professor of Environmental Law with joint appointments at the UCLA School of Law and the UCSB Bren School of the Environment. He is the author of Drinking Water: A History.

Below, Michael shares 5 key insights from their new book, Mine!: How the Hidden Rules of Ownership Control Our Lives (available now on Amazon). Download the Next Big Idea App to enjoy more audio “Book Bites,” plus Ideas of the Day, ad-free podcast episodes, and more.

Next Big Idea Club · Mine!: How the Hidden Rules of Ownership Control Our Lives

1. American Airlines sells the same space twice on every flight.

Last year, Wendi Williams reclined on an American Airlines flight to New Orleans. But the guy behind her got mad, and he started tapping his hand on the back of her seat, like an irritating metronome. Wendi’s video of their fight went viral—but which of the two really owns that space? Wendi claims the wedge because it’s physically attached to her armrest. She’s relying on attachment, one of just six simple stories everyone uses to claim ownership. But the guy behind says that he possesses that space with his knees, and that’s another of the six basic stories. So this mine-versus-mine conflict is actually a storytelling battle of attachment against possession.

But instead of fighting with one another, passengers should be angry at American Airlines, which is selling the same space twice on every seat on every flight: once for you to recline, and again for the laptop user behind. In this way, American is using an advanced tool of ownership design that we call “deliberate ambiguity.” Similarly, one of the central questions for our time is who owns our “clickstream,” the trillion-dollar record of our online looks and likes. Do we own it, or does Facebook? Again, the ambiguity in the situation means that we’re in the middle of a storytelling battle for ownership.

“Concentrated wealth is terrible for America’s economy; it stifles entrepreneurship, innovation, and job creation, all while you pay more in taxes and get less in services.”

Similarly, Disney tolerates theft by super-fan websites that sell pirated Disney products. When “Bibbidi Bobbidi Brooke” came out with her popular line of rose gold-sequined Mickey ears, Disney could have shut down her website. But instead, Disney copied her hit design, and the official version sold out immediately. In other words, Disney tolerates theft as a low-cost way to crowd-source product development. So in many cases, legal ownership actually doesn’t matter much. The law is overrated—and tolerated theft is a surprisingly powerful business strategy.

When you use a blanket to save a spot on the beach, or throw a coat over a seat at the movie theater, you are speaking the primitive language of possession. When you physically possess something, it feels like it’s yours—but possession is not a fact. It’s an ownership story, and it’s always up for grabs. Businesses and governments know this, and they define what counts as possession for their benefit, not yours.

Say you click “Buy Now” to download a book onto your Amazon Kindle or iPhone. What do you own? A lot less than you think. Amazon can’t come into your home and take away your paperback, but online retailers can and have deleted books right off customers’ devices. And it’s not just Amazon—Apple has done the same with downloaded movies. In the digital age, we are paying to license code, a stream of ones and zeroes, not for control of any actual physical thing. So there is an increasing gap between what you feel like you own and what you actually own.

4. South Dakota is making you poorer.

Today, 60 percent of wealth in America is inherited, not earned. And in the next two decades, we will see the largest wealth transfer in human history, from well-off parents to their kids—more than $30 trillion. In just a few unlikely states, the super-rich can pass on massive amounts of wealth tax-free, which locks in inequality for generations. South Dakota, for example, has become the world’s leading money haven—it’s crushing Switzerland and the Cayman Islands.

“Possession is not a fact—it’s an ownership story, and it’s always up for grabs.”

But no one in South Dakota benefits from the flood of money. Not one school there gets funded, and not one road gets paved. The only ones who profit are the handful of family wealth advisors who wrote the rules for their own benefit. And this concentrated wealth is terrible for America’s economy; it stifles entrepreneurship, innovation, and job creation, all while you pay more in taxes and get less in services. A single rogue state is making all of us poorer while it creates an aristocracy of inherited wealth.

For a century, New York City water arrived in huge pipes straight from the Catskill Mountains a hundred miles north—but upstate farmers didn’t benefit from the clean water after it left their land. So they started developing, filling wetlands and cutting trees, and by the 1980s, city water quality was in decline.

But then a city employee named Al Appleton had a genius idea. He reached for an advanced tool of ownership engineering that we call “as if ownership.” Today, because of Al, the city pays upstate farmers as if they own the clean water that their farms provide. Cash payments give upstate landowners a reason to keep trees and wetlands intact, and as a result, New York City has the nation’s best drinking water.

Today, more and more countries are using as if ownership to slow deforestation; paying for the service of trapping carbon makes trees worth more standing up than cut down. In other words, now jungle dwellers can profit from fighting climate change. It may sound crazy, but the key to saving the planet may lie in making even more things “mine”—just like the clean water flowing off Catskill farms and trees growing in the Amazon.