The Ministry of Common Sense: How to Eliminate Bureaucratic Red Tape, Bad Excuses, and Corporate BS 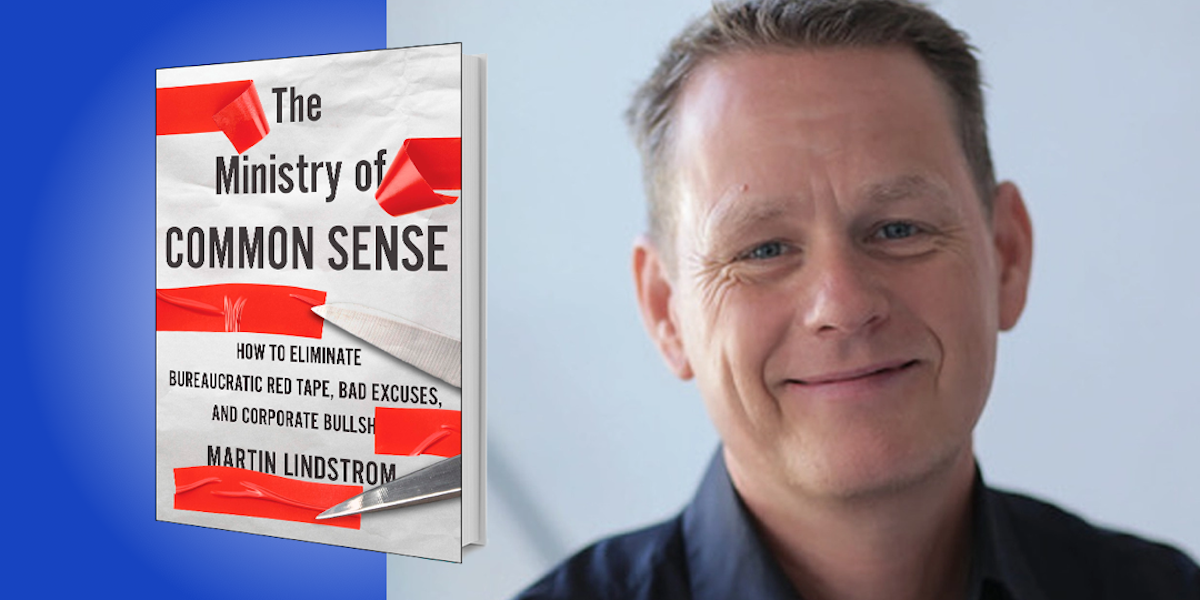 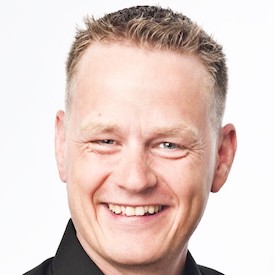 Martin Lindstrom is the founder and chairman of Lindstrom Company, the world’s leading brand and culture transformation group, operating across five continents and more than 30 countries. TIME magazine has named Lindstrom one of the “World’s 100 Most Influential People.” And for three years running, Thinkers50, the world’s premier ranking resource of business icons, has selected Lindstrom to be among the world’s top 50 business thinkers.

Below, Martin shares 5 key insights from his new book, The Ministry of Common Sense: How to Eliminate Bureaucratic Red Tape, Bad Excuses, and Corporate BS. Download the Next Big Idea App to enjoy more audio “Book Bites,” plus Ideas of the Day, ad-free podcast episodes, and more.

Next Big Idea Club · The Ministry of Common Sense: How to Eliminate Bureaucratic Red Tape, Bad Excuses, and Corporate BS

1. It always starts with a crack in the remote control.

I was once staying in a hotel, and I reached for the TV remote. It was remarkably complex. There were infinite tiny numbers and a multitude of buttons, plus three separate numerical keypads. At first, I couldn’t even find the On button. Then when I wanted to turn the TV off, I ended up accidentally dimming the lights in the room and shutting off the air conditioner!

A few months later I was on a flight, and the passenger next to me turned out to be the engineer responsible for that exact remote. When I asked why it was so complicated, he explained that his company had internal problems with various divisions, all of them desperate to secure real estate on this remote control. Each department did end up with fair representation on the remote—even though I, a consumer, had no idea how to work it.

Now, a crack along the side of a bridge can indicate more serious foundational problems. And similarly, an unintuitive remote control points to core problems within the company that issued it. With half a dozen silos inside the company, all wanting to have representation, no one was looking at the remote control holistically, from the consumer’s point of view.

One of our clients, the world’s leader in respiratory disease medicines, saw stagnating patient satisfaction. But when I asked the top executives when they last spent time with their patients, their answer was, “Never.” So we set up a visitor program for the executives. During one visit, we met a lady who had suffered from asthma since birth. She said she’d been teased and isolated at school, and when I asked her how she overcame that experience, she pulled a straw out of her handbag. She explained that she asked all her friends to breathe through the straw while holding their noses for 60 seconds. “That’s what asthma is like,” she told them. It instantly established a sense of empathy.

“Today, we all have an office in our pocket, with our smartphones doing private stuff at work and work stuff in private.”

I was so inspired by the idea that I ran the same exercise with the company’s board of directors. A few seconds into it, one of the executives spat out the straw and said, “This is ridiculous.” I told everyone in the room, “This is how your customers feel every minute of their lives.” That moment came to define the entire organization. Suddenly HR was hiring staff with empathy, and R&D began designing products from the patient’s point of view. Common sense recovered—this is why we must reintroduce empathy into our lives.

A couple of years ago, an experiment was conducted with chickens. The chickens were stuffed in a cage for six months, then let out on green grass. After a minute or so in the sunshine, they turned around and went straight back into their cage. I call that the “chicken cage syndrome,” and it’s the essence of why it is so hard for corporations to change.

Building on this metaphor, imagine placing corn a long distance from the just-opened chicken cage. The chickens might never make it to the corn. As my research showed, uncertainty and lack of support can sabotage these efforts. So instead, place the corn just outside the cage. It’s easy to reach, and easy to execute on in a very short period of time. I call this the “90-day intervention”—it’s designed to create quick wins that power the way for transformation.

“Boredom is the foundation for creativity.”

I believe that there is no such thing as B2B (business-to-business) or B2C (business-to-consumer) anymore. They are mixed together—our work and private lives are one big, gray mass. Instead, I tell companies that they need to adopt an “H2H” theory, human-to-human. And this is not new—I think this trend kicked off in 1961, at John F. Kennedy’s inauguration. He was the first president to not wear a hat during his inauguration, a moment that may have been the first time where private life and work merged. Back then, if you were a man, you’d put on a hat when going to work, and take it off once you had returned home. Eventually that trend died out, and the tie disappeared as well, once again merging private life with work. And today, we all have an office in our pocket, with our smartphones doing private stuff at work and work stuff in private.

5. Let’s bring creativity back into our lives.

I once conducted a personal experiment to determine when I was most and least creative. A consistent pattern soon emerged—the ultimate creativity killer was my phone. So on January 1, 2017, I switched off my phone. As months went by without it, boredom returned, as did time for reflection. It wasn’t easy, but I began to realize that boredom is the foundation for creativity. I hadn’t allowed myself a moment of boredom for decades, but now I actually enjoyed it, and I was more creative than ever.

Recently, I also began skipping every second Zoom call. I shut down my PC after half a day in front of the screen, block out my calendar, and allow myself time to think. Cutting down on all this didn’t cause me to drop dead on the floor—and no one noticed that I was less accessible. But they did notice that the Martin they once knew for his creativity had somehow returned.