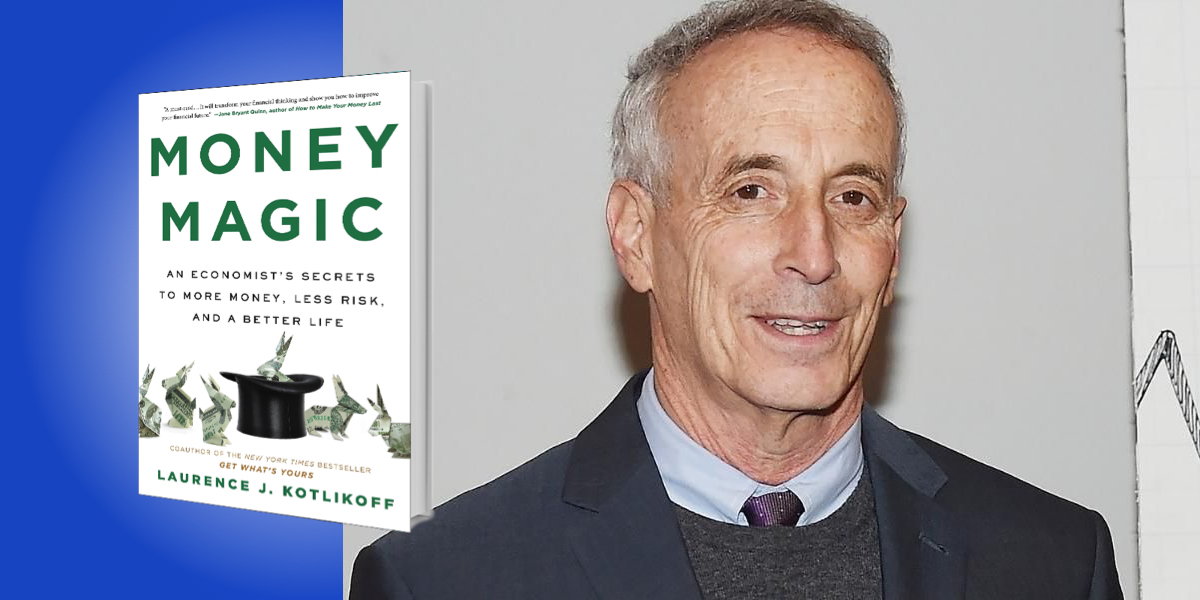 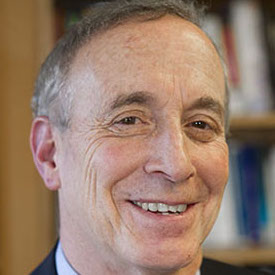 Laurence Kotlikoff is a Professor of Economics at Boston University, a Fellow of the American Academy of Arts and Sciences, and the Director of the Fiscal Analysis Center. Professor Kotlikoff has written 20 books, and his columns have appeared in the New York Times, the Wall Street Journal, the Financial Times, the Boston Globe, Bloomberg, and other major publications. In 2014, The Economist named him one of the world’s 25 most influential economists.

Below, Laurence shares 5 key insights from his new book, Money Magic: An Economist’s Secrets to More Money, Less Risk, and a Better Life. Listen to the audio version—read by Laurence himself—in the Next Big Idea App.

1. To invest in the stock market with zero risk to your basic living standard, try upside investing.

Upside investing works like this: Add up your current stock market holdings, figure out how much more you’ll add to the market, and then assume that every cent invested in stocks will be 100 percent lost. Next, make a lifetime consumption-smoothing plan that entails investing only in inflation-indexed Treasury bonds. Since these investments are perfectly safe in real terms, you can arrange a living standard path that’s guaranteed. You’ll have established a floor to your living standard.

Next, set a date when you’ll start withdrawing your stocks, assuming there’s something still there when you do. Also set the duration of your withdrawals. Suppose, for example, that you set the age of first withdrawal at 60, and the age of last withdrawal at 75. Then when you hit 60, withdraw 1/15th of the total, and use some of these withdrawals to raise your age-60 spending. Invest the rest in safe assets, spending a portion of the principal and real return in each future year. In other words, you’re increasing your age-60 spending so that you can increase your spending in all future years by exactly the same amount. When you reach 61, withdraw 1/14th of the remaining balance, and again raise your sustainable spending, investing all remaining funds in Treasury Inflation-Protected Securities (TIPS).

“If you’re over 59, you can withdraw from your IRA with no penalty, and the transaction can potentially save you tens of thousands of dollars.”

Proceeding in this manner will leave you with only upside living standard risk relative to your safe standard of living floor. The only possible outcome is that you’ll spend more in each future year between age 60 and 75. After age 75, your living standard will stay fixed at its age-75 level. That’s why I call this upside investing.

2. Cash out your IRA to pay off your debts.

This advice is contrary to what many financial planners suggest, but if you’re over 59, it’s a great risk-management strategy that could save you a lot of money.

A large portion of your IRA is likely invested in stocks, which are incredibly risky in the short term, even if they’ve yielded a terrific return in recent years. In a typical year the stock market can rise or fall by 20 percent. In the Great Depression, the stock market dropped 86 percent between 1929 in 1933, and took well over a decade to recover. It dropped 50 percent in the dot-com bubble, it dropped 53 percent in the Great Recession, and it dropped 34 percent at the beginning of COVID.

On the other hand, your high-interest debts (on a mortgage, a car loan, or a credit card bill, for example) are remarkably stable. You will have to pay them, no matter what.

“The majority of us are leaving tens to hundreds of thousands of dollars in lifetime benefits on the table.”

So think about cashing out your IRA to pay off those debts. This sounds crazy, but if you’re over 59, you can withdraw from your IRA with no penalty, and the transaction can potentially save you tens of thousands of dollars. How so? Don’t you have to pay taxes on withdrawals? Yes, unless your money is in a Roth IRA. But even if it’s in a taxable IRA, bear in mind that you’ll need to pay those taxes at some point, and using what’s left after taxes to pay off high-interest debt is still a smart move. This trick works even better if you’re in a low tax bracket, but regardless of your bracket it can still pay off big time.

If we take our Social Security retirement benefit at 70 rather than, say, 62, the benefit will be 76 percent higher, adjusted for inflation. Roughly 85 percent of us should wait until age 70 to take this benefit, but only 6 percent of us do. As a consequence, the majority of us are leaving tens to hundreds of thousands of dollars in lifetime benefits on the table.

4. Choose a career that you love and everyone else hates.

As one interesting example, being a mortician pays a ton more than operating a backhoe. Most of us fear death, and being around dead bodies gives us the heebie-jeebies. So if you like clients who won’t talk back, dealing with the dead will make you a killing.

“Divorce war will do only three things—leave you enemies, enrich expensive liars, and force your kids to take sides.”

5. Get divorced without going to war.

Once you figure out this usually acceptable, fair living-standard ratio, it’s easy to determine the division of assets and an amount and duration of alimony that delivers the agreed-upon ratio. Bear in mind that if you begin by haggling over who gets the fridge and the TV, you’ll drive yourselves nuts and damage your children by arguing, but still end up with a living standard ratio. If you set the ratio first, without getting stuck in the weeds, it’ll get you to home base without going to divorce war. And divorce war will do only three things—leave you enemies, enrich expensive liars, and force your kids to take sides.

To listen to the audio version read by author Laurence Kotlikoff, download the Next Big Idea App today: