Too Much Information: Understanding What You Don’t Want to Know 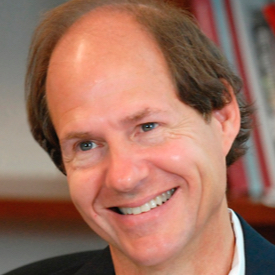 Cass R. Sunstein, Robert Walmsley University Professor at Harvard Law School, was Administrator of the White House Office of Information and Regulatory Affairs in the Obama administration. He was the recipient of the 2018 Holberg Prize, and is the author of The Cost-Benefit Revolution, How Change Happens, Nudge: Improving Decisions about Health, Wealth, and Happiness (with Richard H. Thaler), and other books.

Below, Cass shares 5 key insights from his new book, Too Much Information: Understanding What You Don’t Want to Know. Download the Next Big Idea App to enjoy more audio “Book Bites,” plus Ideas of the Day, ad-free podcast episodes, and more.

Next Big Idea Club · Too Much Information: Understanding What You Don't Want to Know

I was involved in some government activity that led to a mandated disclosure of calorie information—not only at McDonald’s and Burger King, but also at the movie theater. In response, a friend of mine said, “Cass ruined popcorn.” She was saying that when you go to a movie theater, you want to enjoy your experience; you don’t want to think, “I’m getting fat.” And while I stand behind the calorie label mandate, the point holds. Sometimes information is useful, but sometimes it’s just harmful. Sometimes ignorance really is bliss. So as information providers, we all need to remember not to ruin popcorn unless it’s truly necessary.

“Sludge” is administrative burdens, waiting time, paperwork requirements—the various frictions that make it difficult for us to get something we want. Now, the U.S. government imposes 11 billion hours in paperwork burdens on the American people. That includes people trying to get help during a pandemic, people trying to get a license to do a job, and people trying to get money to feed their kids. At best, all that sludge takes up time, and at worst, it serves as a barrier that people can’t get through. So we need to reduce sludge to help people deal with all kinds of institutions, from schools and hospitals to local governments and the Social Security Administration. When people have less sludge to navigate, they enjoy more of the thing that we’re most blessed to have: time.

“The meaning people get from our words may be very different from the meaning we intended.”

If you’re trying to choose, say, a healthcare plan, there’s a good chance that you will encounter pages and pages of daunting information. As a result, a lot of people end up choosing badly, selecting plans that are unnecessarily expensive given their needs. This also applies to prescription drug plans; seniors are making choices that aren’t good for them because they can’t find their way through the complex tangle of information. Whether we’re speaking to a bank, an insurance company, or a hospital, complexity is often a seductive creature. It’s a little like the serpent in the Garden of Eden, and the Tree of Knowledge might be unduly complex. So when seeking or providing information, simpler is often better.

If you ask social media users how much they would pay to use social media for the next month, a lot of them will say, “Nothing.” Why aren’t people willing to pay for something they use? Part of the answer is that many social media users know that they use it too much, and that it’s not making their lives better. There’s evidence that if people spend a month off of a social media platform like Facebook, by the end of that month they will have had less anxiety, less depression, more happiness, and more life satisfaction. So it’s not the worst idea to cut back on our social media use, and go on a sort of information diet.

The U.S. government has mandated disclosure of bioengineering or genetically modified food. And if people see a label of “genetically modified food,” a lot of them will think that it’s a health warning—but the government does not believe that this food poses even a slight health risk. They simply want people to know what they’re eating. The government is not saying, “Danger,” but that’s exactly what people hear. So the lesson is that the meaning people get from our words may be very different from the meaning we intended. It’s not what we say, but what they hear that truly matters.