New Evidence Shows How Humans Really Migrated to the Americas 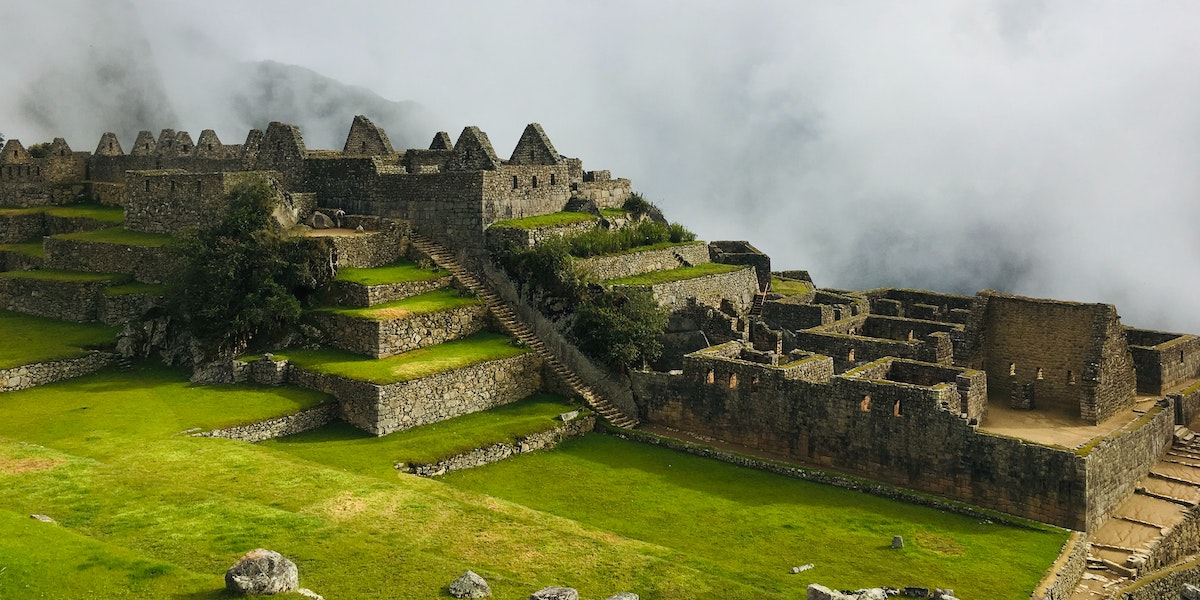 Thousands of years ago, humans crossed a land bridge from Siberia into Alaska. They tried to move south, but a two-mile-high, coast-spanning ice wall stood between them and the rest of the continent. How did they get past it? Scholars have fought over that question for decades.

But in her book Origin, anthropologist Jennifer Raff says that breakthroughs in genetics have given scientists an entirely new understanding of how the Americas were peopled—and what happened in the millennia that followed. Listen to her appearance on the Next Big Idea podcast below, or read a few key highlights. And follow host Rufus Griscom on LinkedIn for behind-the-scenes looks into the show.

On the book’s surprise success.

Rufus: When Caleb, our producer, first suggested having you on the show, I immediately said, “Oh my gosh, this is one of my favorite topics in the world. I’ve literally read every article that I’ve encountered in the last 20 years on this.” But I asked Caleb, “Do you think the broader audience will be into this?” And he said, “Rufus, Origin is on the New York Times bestseller list.”

And I immediately thought, That is wonderful! It gives me hope for our species. I love that your book has generated so much interest, and it’s well-deserved. It’s an incredible work of scholarship, research, and compassion.

So first, I want to say congratulations. I also want to ask: were you surprised by the book’s success?

Jennifer: Oh, yes. I still haven’t quite grasped it, if I’m being honest. I’ve been in a fog since February trying to wrap my brain around this. I did not expect it would do this well—I’m really grateful.

Rufus: Do you think it has something to do with the deep curiosity that we all have about our origin story, about where we came from?

Jennifer: Yeah, I think that’s a big part of it. I think that people are very curious about history, especially very ancient history. And I think that there is a lot out there on the subject, both good and bad—there’s a whole media ecosystem of terrible history, alternative history.

I think that [Origin’s] popularity speaks to a genuine curiosity that people have to be connected to the past. And I was really hoping that some of the history that’s more scientifically informed could be presented as an alternative in that landscape. It seems that there is an appetite for this, and I’m really encouraged by that.

“[Origin’s] popularity speaks to a genuine curiosity that people have to be connected to the past.”

How did humans migrate to the Americas?

Rufus: Let’s get to the meat of your book, which is about how homo sapiens came to the Americas. I know there are competing theories, and just in the last 10 to 20 years, a mountain of new evidence has emerged. What was the dominant story of the peopling of the Americas 20 years ago, and how has that changed? What’s the story that you believe to be true?

Jennifer: So scientists once thought that the peopling of the Americas occurred pretty late, around 13,000 years ago—certainly after the last ice age, or what we call the “last glacial maximum” (LGM).

In this model, a small group of people raced across the Bering Land Bridge, a land connection that was in existence between Asia and North America. They got to Alaska, and the only route southward into the rest of the North American continent was via this corridor that had opened up through this massive ice sheet that once blanketed the northern parts of North America. At the end of the LGM, you have global temperatures slowly warming, and we know [the ice sheet] began to melt, and routes through it began to open up. In this model, people moved through an interior route that opened up along the Rocky Mountains. They moved through what we call this “ice-free corridor” into the rest of the Americas, and then they spread very quickly throughout North and South America, because there were no other populations there to compete with.

That’s the old story. There are still a few archeologists who still hold to this, but not very many.

Rufus: So what do you believe is the most likely narrative?

Jennifer: I like to think of this [Bering Land Bridge] not as a bridge, in the sense that people could race across it, but instead as a homeland, because the southern coast of central Beringia would have been a relatively decent place to live.

“These ancestral Native Americans moved southward, and they split into several branches along the way, likely traveling along the West Coast by boat starting around 17,000 years ago.”

What genetics shows us is that during a period of isolation—between about 22,000 and 18,000 years ago—several branches emerged within this ancestral population. One of these branches gives rise to the first people south of the ice sheets. These ancestral Native Americans moved southward, and they split into several branches along the way, likely traveling along the West Coast by boat starting around 17,000 years ago.

That’s a much more plausible route for people to be taking to get to places like Cactus Hill in Virginia about 16,000 years ago, or the Buttermilk Creek Complex in Texas 15,000 years ago. You have to have people moving in pretty early, and I think that coastal route is much more likely.

Could early humans really have sailed along the West Coast?

Rufus: We don’t have an archeological record of boats, but we know that other peoples navigated to Australia as long as 50,000 years ago, so it’s certainly possible. Do we have any indirect evidence of maritime navigation?

Jennifer: You can do all sorts of fancy things with genomics. And one of the models can indirectly give you insights into how fast people are moving given how fast their lineages were diverging from each other. If you’ve got two people separated by great geographic distance, but they’re still fairly closely related, that suggests that they haven’t been separated for very long.

One of the striking pieces of evidence there is if you look at a genome of the child from Montana known as Anzick—the oldest genome in the Americas, which dates back 12,600 years—and then another genome in Brazil at the Lagoa Santa site, they are on the same genetic branch, the same lineage. They are very, very closely related. And that’s a big geographic distance, right? Crossing from Montana to Brazil by foot during this period would have been very difficult to do that quickly. So this suggests a very, very rapid migration. And by boat along the coast is probably the most feasible way to get from Montana to Brazil in that amount of time.

“If you’ve got two people separated by great geographic distance, but they’re still fairly closely related, that suggests that they haven’t been separated for very long.”

Dire wolves and giant sloths and mastodons! Oh my!

Rufus: So there’s this moment that some concentration of First Peoples make it down to North America, and then there’s this population explosion. I think you write that it’s a 60-fold increase in population between 13,000 and 16,000 years ago. That’s in the genetic record?

Jennifer: Yeah, we can especially see that in mitochondrial DNA. People are moving across the landscape, spreading out, and having babies, and populations are adapting to their environments. This is what archeologists call “settling in.” They’re learning where resources are in a particular geographic area. They’re developing relationships with the land and with the non-human organisms that live there. And at this point they’re still very mobile, so people are spreading around wide swaths of territory.

Rufus: You write that this population explosion is exactly what we’d expect to see in the genetic record. When people move into new territories where resources are far less limited, there’s no competition from other people, and game animals have no natural fear of humans, having never seen them before. So this is kind of a golden age—I mean, you’ve got this human-friendly landscape with these extraordinary megafauna, like enormous bison and mastodons. Are there giant sloths?

Jennifer: Sloths, dire wolves—it’s just extraordinary. I think, though, that I might edit myself. I was just at a conference, the Society for American Archeology Conference, and I was just in a session about the White Sands site, which I think we should talk about.

One of the pieces of evidence that I took away from this site, and listening to some of the archeologists talk about it, is how the animals are reacting to humans. We can tell from their footprints. They’re describing these giant sloths coming across a footprint trail, left by humans, and you can see the sloth—this is extraordinary—standing up on their hind legs, shuffling around on the ground, and then dropping back down and changing directions away from the direction the humans are going. So I’m going to amend my imagination of this sort of idyllic paradise of the animals not knowing that humans are a threat, because clearly they knew.