The Next Age of Uncertainty: How the World Can Adapt to a Riskier Future 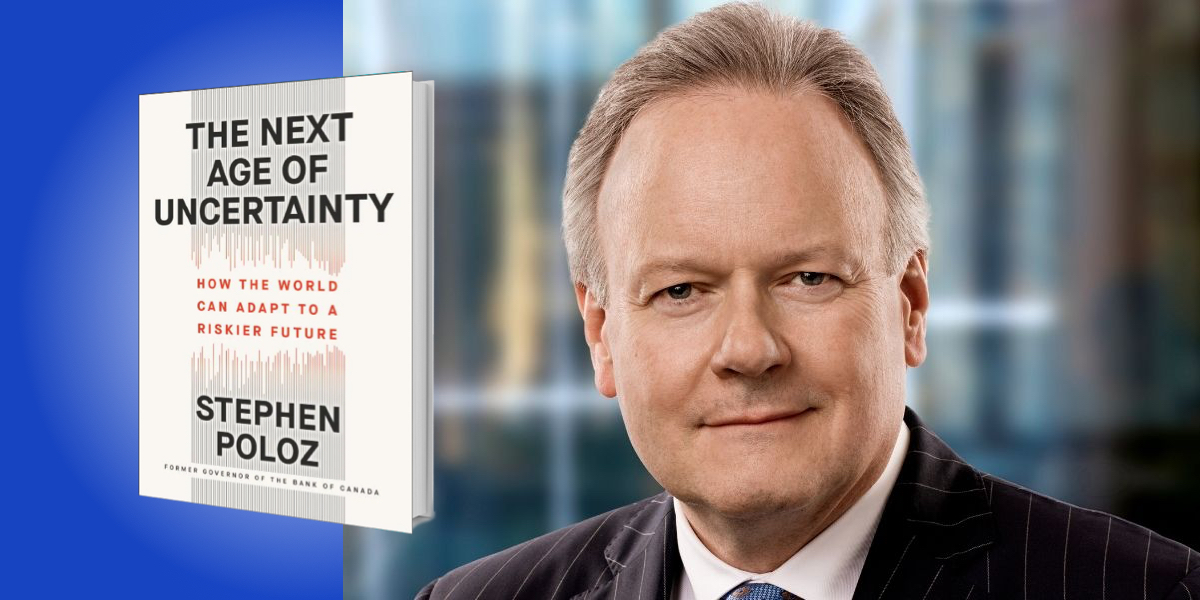 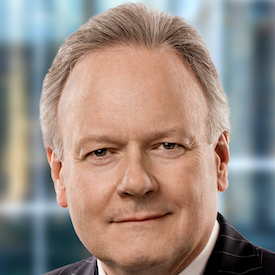 Stephen Poloz has been a professional economist for over 40 years. Recently, he was the Governor of the Bank of Canada. Today, he is a special advisor for Osler, a major Canadian law firm, and a corporate director of Enbridge and CGI.

Below, Stephen shares 5 key insights from his new book, The Next Age of Uncertainty: How the World Can Adapt to a Riskier Future. Listen to the audio version—read by Stephen himself—in the Next Big Idea App.

1. The global economy is not a bobblehead doll.

Give a bobblehead doll a nudge, and it will bobble around randomly before returning to its starting position. This is a good approximation of how economists imagine the economy working. Economists work with models of the economy, mathematical descriptions of relationships between such things as consumer spending, income, interest rates, inflation, and unemployment. When something disturbs the economy, these indicators wiggle like bobblehead dolls, and after some time passes, everything settles back to where it started. Government policies, or central bank policies, can be used to guide the economy back home faster than if it is left to do it on its own.

This idea of self-correction is not only used by economists making forecasts. It is used by all of us when we make important decisions: switching jobs, buying a house, or renewing the mortgage all depend on the state of the economy, and where it is likely to go. For companies, decisions to hire more workers, order more materials, expand the plant, and so on, also depend on the economic outlook. If the economic situation seems abnormal today, then we expect a return to normal in the future.

But what if there are forces acting to change the normal resting point through time? This would be like having a bobblehead doll on the dashboard of your car and hoping it would magically stop wobbling while you are driving—unlikely in the extreme. Reflecting on this has convinced me that the world is heading into an era where there is no steady resting place for the economy.

Five forces are operating beneath the surface of the global economy that will upend much of our traditional strategic thinking: (1) the global population is aging rapidly as the baby boomers make their way through the later stages of life; (2) technological progress is accelerating as we enter the fourth industrial revolution, the digitization of everything around us; (3) income inequality is steadily worsening; (4) debt is skyrocketing; and (5) climate change is forcing a transition to net-zero carbon emissions. I think of these forces in the same way that geologists think of the tectonic forces operating beneath the Earth’s crust.

Taken individually, we can imagine what future the five tectonic forces might bring as each force grows in magnitude. But, can we imagine the future with the five of them growing in strength all at the same time? I believe the answer is no, because these forces do not move forward predictably in a straight line. In mathematics, the interaction of dynamic forces that move in nonlinear ways is known to produce chaos. This theory is the origin of the popularized “butterfly effect.” I conclude that when the five tectonic forces interact, bumping into one another, and potentially magnifying one another, they can produce chaotic outcomes that no economic model could ever predict.

“When the five tectonic forces interact, bumping into one another, and potentially magnifying one another, they can produce chaotic outcomes that no economic model could ever predict.”

This helps explain past chaotic episodes. The spreading of electrification throughout the global economy during the early 1900s (the second industrial revolution) produced an incredible wave of labor-saving innovation. Companies that replaced their old technology with electrical technology became far more productive, enabling them to reduce the prices of their products to try to gain market share from their competitors. Falling prices means deflation, and deflation interacts with debt in a devastating way, bankrupting companies and individuals alike. Many workers were displaced by the new technologies or failing companies, so income inequality rose, and political tensions emerged. The result of this combination of forces was the Great Depression of the 1930s. Popular perception may be that the Great Depression was caused by the stock market crash preceding it, but the crash was a catalyst that caused the tectonic forces to deliver a chaotic outcome.

This reasoning leads to a more fundamental explanation for many other past economic disruptions: the Victorian Depression of the late 1800s, which lasted over 20 years; the inflationary tumult of the 1970s, which prompted John Kenneth Galbraith to write The Age of Uncertainty; and the global financial crisis of 2008. This understanding of history leads me to conclude that the five tectonic forces will foster a rising tide of volatility and risk in the next few years.

3. Governments will not protect us from risk.

It is natural to believe that if the world becomes a much riskier place, our governments will use their fiscal and monetary tools to protect us (like during the COVID-19 pandemic). I disagree, for three reasons.

Second, governments will have limited scope to use fiscal tools to stabilize economies because they will face growing baseline demands for healthcare and other supports for an aging population. On top of this, they will be carrying a large stock of debt incurred during the pandemic. It could take 10-20 years for many governments to restore their balance sheets to pre-pandemic health, if it happens at all.

Third, politics is likely to become increasingly polarized as the fourth industrial revolution worsens income inequality. Politics is difficult enough today, given various societal divisions and the ability of social media to amplify them. The past three industrial revolutions have all driven an even bigger wedge between those who do well and those who are left behind. Developing optimal policies through political compromise will verge on the impossible.

“Governments will have limited scope to use fiscal tools to stabilize economies because they will face growing baseline demands for healthcare and other supports for an aging population.”

4. Market power will shift from employers to employees.

Even as the fourth industrial revolution drives a growing wedge between the skilled and the less skilled, between those who can work anywhere and those who are wed to their hometown where the mill has closed, the aging population will serve up a growing shortage of workers. This shortfall will lead companies to address income inequality directly. They will offer higher incomes and more job security to attract and retain employees, despite the more volatile business environment. Defined benefit pension plans will make a comeback. Otherwise, companies will face a rejuvenated movement toward unionization and the fractious labor relations of the 1970s.

In a world where governments are unable to shield the economy from the rising tide of risk, companies will need to invest far more resources in risk management. Investors, customers, and employees alike will judge companies on their ability to cope. Companies that simply identify risks and avoid them will not succeed in this era; rather, the most successful will be those which embrace risk and manage it down, converting it into new value for shareholders. This will extend to managing risks for employees. Shareholders will have little patience for companies that cannot attract and retain a loyal workforce, just as they will have little patience for companies that do not orchestrate an orderly transition to net-zero carbon emissions. Large companies will manage risks themselves; smaller companies will join insurance umbrellas designed to pool risk and will pay insurance premia to avoid the biggest risks.

Let me remind that risk is, by definition, two-sided. No one likes risk, and it is human nature to focus on downside risks. But history tells us not only that risk comes with large dollops of both good luck and bad luck, but also that, over time, good luck outweighs the bad. Otherwise, how could we have arrived where we are today?

We will all need to be more prepared for risk in the future—whether bad luck or good luck—and traditional approaches to predicting the future will be less useful than in the past. This is especially the case for the predictions of economists, which are based on models that assume historical averages re-emerge—that the bobblehead doll will eventually return to normal. This is like the economist saying, “Hey, relax, you can walk across that river because it is only 12 inches deep, on average.” Fine, but just in case the river is 60 feet deep somewhere, we all need to take swimming lessons.

To listen to the audio version read by author Stephen Poloz, download the Next Big Idea App today: