The Next Great Migration: The Beauty and Terror of Life on the Move 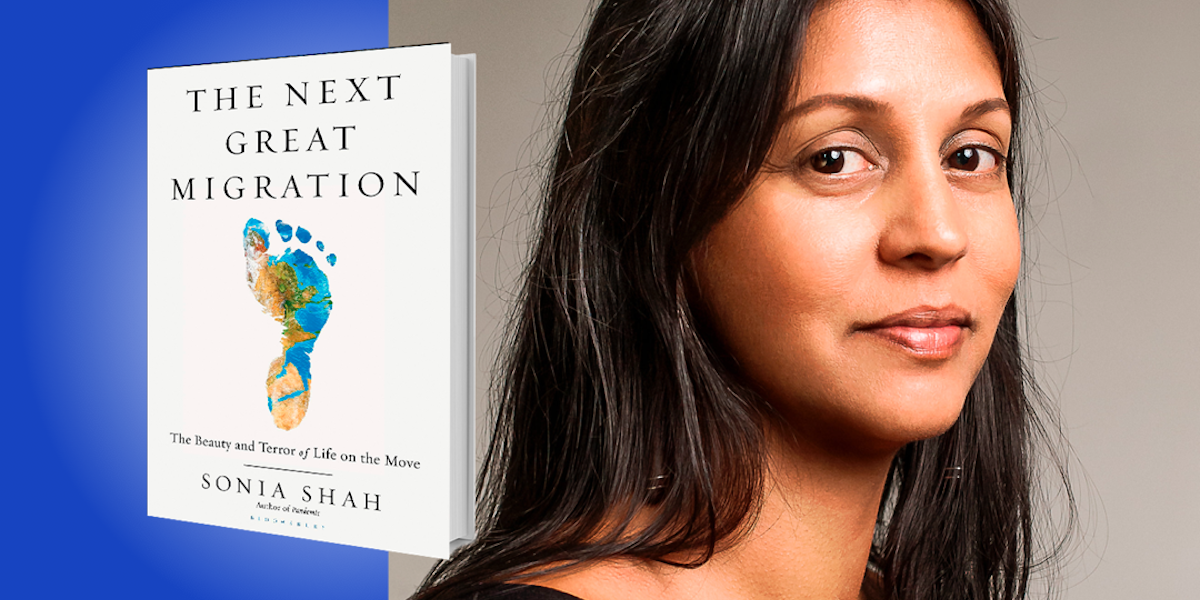 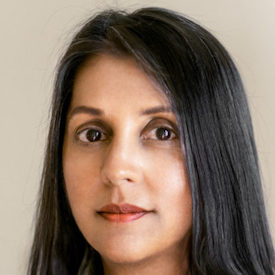 Sonia Shah is a science journalist and prize-winning author whose writing on science, politics, and human rights has appeared in The New York Times, The Wall Street Journal, Foreign Affairs, Scientific American, and elsewhere. She has been featured on Radiolab, Fresh Air, and TED.com, where her talk “Three Reasons We Still Haven’t Gotten Rid of Malaria” has been viewed by more than a million people around the world.

Below, Sonia shares 5 key insights from her new book, The Next Great Migration: The Beauty and Terror of Life on the Move. Download the Next Big Idea App to enjoy more audio “Book Bites,” plus Ideas of the Day, ad-free podcast episodes, and more.

Next Big Idea Club · The Next Great Migration: The Beauty and Terror of Life on the Move

1. Migration is not the crisis—it’s the solution.

We presume that if people are moving, it’s a catastrophe. We frame the stories of migration as disaster stories, narratives of despair and desperation. In part, that’s because we’ve misunderstood the role of migration in nature and in our own history. We’ve all been taught the idea that our migratory past is like a tree; the base of the tree is Africa, from which we moved out into the empty continents of the world and populated them. Then, after that, we essentially stayed still for millennia.

However, thanks to advanced techniques like paleogenetics, we now know that we’ve been moving across continents into the highest mountains and most remote islands for millennia. We left Africa, went into the Americas, and then went back into Europe and back into Asia. We crisscrossed back and forth not just once, but multiple times in multiple waves of migration. Migration in our ancient past was not episodic or rare—it was continuous.

This idea of migration as the anomaly, as the disruptive exception to the rule, is wrong. It also means that our coming era of movement, what I call the “next great migration,” can be a source of hope, not fear.

2. The distinction between native and alien is arbitrary.

Our ideas about which species are native in certain places and which are alien trace back to the 18th-century Swedish taxonomist, Carla Nass. He decided that all the species he named in his famous taxonomy—which we use to this day—lived in certain fixed places on the planet. That’s because Nass thought nature was an expression of God’s perfection. Thus, wherever he found things, by definition, they already had to be in their perfect, fixed places where God had put them. That idea has been foundational for our study of nature, and it has shaped a wide range of disciplines, as well as our conventional wisdom about which species are native and which are alien.

“This idea of migration as the anomaly, as the disruptive exception to the rule, is wrong.”

But in fact, it’s an arbitrary distinction, because species are not fixed in place and never have been. Thanks to GPS tagging and genetic analysis, we now know that species have been moving all along. Take, for example, the camel—we think of the camel as native to the Middle East, but the camel family evolved and attained its greatest diversity in North America. It is presently most diverse in South America, and occurs in the wild only in Australia. So where do camels “belong”? And isn’t the distinction between native and alien therefore arbitrary?

3. Migrants are actually healthier than their host populations.

Migrants have been long condemned and feared as diseased, or as posing a special disease risk to host populations. Yet this notion of the diseased migrant is a wildly inaccurate myth. In fact, on average, migrants are actually quite healthy by comparison. People on the move have fewer chronic diseases, smoke less, and have less obesity—overall, they have better health status than the populations that they enter. This is because migration itself requires health and resilience. It also requires “portable capital,” people who have skills and education, social context and good health. So while we think of migrants as posing a health risk to us, and sometimes even use that as a justification for closing borders, the reality is just the opposite.

4. Our bodies are built to migrate.

In the early 20th century, many eugenicists thought that our bodies and behaviors were controlled by what they called “germplasm.” That germplasm traveled through the generations like a stone through a gullet, unchanging over time, completely unaffected by the environment. If someone had what they considered bad germplasm, then they and all of their descendants would as well. These eugenicists thought that people who lived on different continents had different germplasm that was suited to different places, so they considered immigration biologically catastrophic. Even the American Public Health Association President said in the early 20th century that mixing between foreigners and locals would lead to absolute ruin for society.

What we now know is that our bodies are built to migrate. We’re not shaped by inherited germplasm—or what we now know to call DNA. On the contrary, our bodies are not determined by genes alone at all. They’re fungible. The same genetic sequence can express itself in a multitude of ways, depending on the micro-conditions encountered and the subtle signals received from the environment. This flexibility is what allows us to live in such different places, from the Tibetan plateau to the Brazilian rainforest. And it’s the kind of flexibility that doesn’t evolve in creatures that are fixed in one place; it evolves in creatures that move and migrate.

5. Asking migrants why they move is the wrong question.

As I was writing my book, I often asked people on the move why they migrate. Was it because something happened to them, because they wanted something new? Were they searching for something? I wanted them to boil down their experiences into a single factor that I could then understand. And that idea, that there is some singular explanation for why people move, is embedded in how we talk about migrants. We describe them as economic migrants, or as refugees. We might characterize them by their legal status as aliens or illegals, or we might define them by the direction in which they move. Are they immigrants, or are they emigrants? Meanwhile, they’re moving in all different kinds of ways, including complex movements within borders.

Ultimately, I found that there is no singular reason why people move. The question itself betrays our own lack of imagination about migration, and our misunderstanding of its role in our nature, in our history. What we now know is that migration has been critical to our biological resilience. It’s something we have done over and over again throughout our history. So really, the question to ask may not be why do people move, but why do people stay still?