Fitness App Myths to Watch Out For 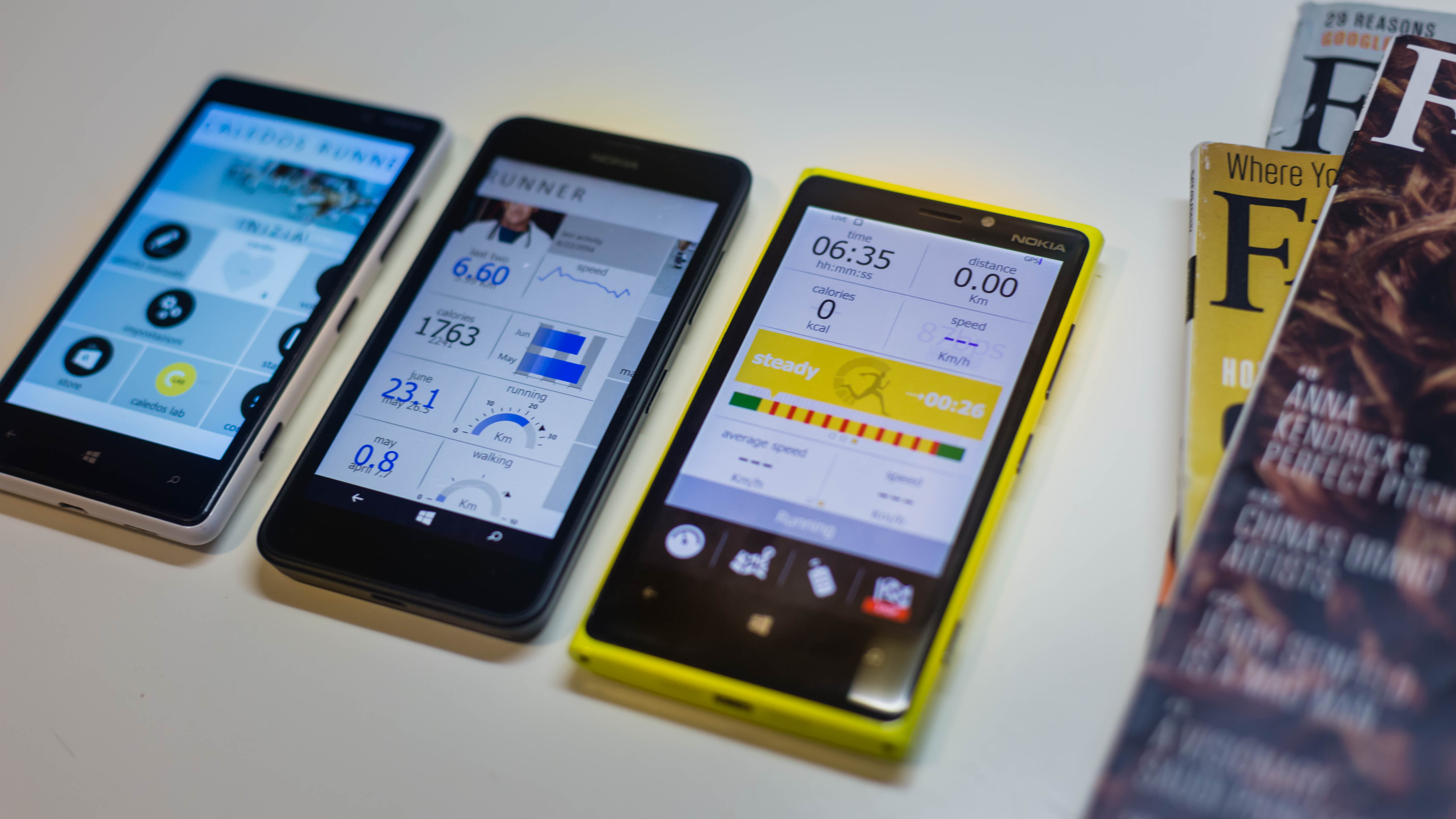 Fitness apps are all the rage. An explosion of new companies and products want to track your steps and count your calories with the aim of melting that excess blubber. There’s just one problem — most of these apps don’t work. In fact, there is good reason to believe they make us fatter.

One study called out “the dirty secret of wearables,” citing that “these devices fail to drive long-term sustained engagement for a majority of users.” Endeavour Partners’research found “more than half of U.S. consumers who have owned a modern activity tracker no longer use it. A third of U.S. consumers who have owned one stopped using the device within six months of receiving it.”

While the report mentioned several reasons why people don’t stick with these tracking devices, my own theory is simple, they backfire. Here are three surprising reasons why fitness apps may be making us less happy and more flabby.

Not Just Calories In, Calories Out

The first reason fitness apps make us fat is that almost all of them are based on a pervasive myth. Most of these gadgets and apps attempt to push people to eat less and exercise more. They ask users to track what they eat and record their physical activity in order to quantify whether dieters intake a surplus of calories for the day. Eat too much or move too little, the thinking goes, and you’ll get fat, right? Not exactly.

Evidence that the calories in, calories out theory is too simplistic is plentiful. For example, doctors have known for some time that certain medications cause patients to gain or lose weight by changing hormone levels in the body. If putting on pounds was just a matter of “energy balance” then these medications shouldn’t make people heavier. But they do.

Drugs aren’t the only things that can change hormone levels. Certain foods prompt the body to store fat by spiking the release of hormones like insulin. According to Dr. Peter Attia, co-founder of the Nutrition Science Initiative, “All calories are not created equally … The energy content of food (calories) matters, but it is less important than the metabolic effect of food on our body.”

To most fitness apps, a calorie of high-fructose corn syrup is the same as a calorie of protein despite the fact that science, and our bodies, tells us otherwise. Clearly, a calorie isn’t just a calorie and by perpetuating this untruth, fitness apps help people tack on the pounds instead of shedding them.

You Won’t Exercise Yourself Thin

Exercise is probably bad for you. Did you read that right? Let it sink in.

For one, exercise causes many people to overeat by giving them permission to indulge. The phenomenon is called moral licensing — the psychological tendency to splurge in one area of our life when we’re being good in another.

The phenomenon accounts for why many runners gain weight while training for a race. They expend more calories during their runs, but by rewarding themselves with indulgences throughout their day like an insulin-spiking post-workout “sports drink,” they ultimately negate many of the health benefits of exercise.

There’s another reason people rarely exercise themselves thin. According to science writer Gary Taubes, “The one thing that might be said about exercise with certainty is that it tends to makes us hungry. Maybe not immediately, but eventually.” Though Taubes cites extensive evidence backing his claim in his multiple books on the topic, the idea also makes intuitive sense. However, most fitness apps ignore the fact we work up an appetite.

When we exercise, the blood stream is drained of glucose so the body activates an uncomfortable sensation to get us to refuel. Hunger pangs, or the fear thereof, drive our search for sustenance.

For roughly 95% of the 200,000 years our species has existed, food was relatively hard to come by. Today however, sugar-laden calorie bombs are cheap, delicious, and readily accessible. Whereas our ancestors laboriously cracked nuts with their hands and primitive tools or gnashed animal caracas with their powerful jaws, we sip pre-masticated Mega Mango Smoothies at Jamba Juice (with 52 grams of sugar in the smallest 16 ounce size).

Exercise does us in by making us hungrier throughout the day and since our food is so full of stuff that makes us fat, we become more likely to over-consume without noticing. A few extra bites at lunch and an extra piece of fruit after dinner and we’ve negated the 300 calories we burned running for 30 minutes on the treadmill.

I’m not saying all exercise is bad for all people. I enjoy running three days per week and we’ve all heard the countless studies supporting the benefits of exercise. However, people don’t live in a behavioral vacuum and there are deeper physiological and psychological influences we must be aware of. Not only are we hungrier but we are more likely to yield to temptation thinking we’ve already paid for our sins in the gym.

Too many fitness products emphasis sweating the pounds away without establishing a base of proper nutrition. People look to their fitness products as authorities for what’s good for them but unfortunately most fitness trackers perpetuate behaviors that backfire in ways we don’t even notice and certainly don’t intend.

Want To, Not a Have To

What’s the best workout in the world? The answer is the one you actually do. However, most people don’t sustain their lofty exercise goals. When they fail, people blame themselves instead of the poorly designed weight-loss system. The cycle of yo-yo dieting and subsequent self-loathing makes us fat.

Most fitness apps fail because they miss a critical component of what it takes to change long-term behaviors. For my book, Hooked, I studied some of the most successful consumer technology companies in the world. I looked into what makes Facebook, Twitter, Pinterest, and the iPhone so good at changing user behavior. My hope was that what I learned could be utilized by those who seek to change habits for good. I discovered these products and services had several common attributes, among them the fact that using them is fun. In contrast, by and large fitness apps are a drag. As the data regarding long-term usage of these services shows, fitness trackers that make people do things they hate doing, fail to change long-term behaviors.

The psychological phenomenon of reactance tells us people tend to resist doing things they feel coerced into completing. Attempting to form habits for behaviors people feel they have to do instead of want to do just doesn’t work over the long-term. Sure, we can starve ourselves for a while or pay homage to the elliptical machine for a few weeks but eventually we give up if it’s not fun. That’s why the only people who sustain using these bossy services are those who were already tracking their activity and nutrition before they started using the app, or the relatively few who somehow learned to enjoy the behaviors for their own sake.

To date, the burgeoning fitness app industry has relied too heavily upon game-like incentives to motivate behavior — but games invariably come to an end. When the novelty of extrinsic prizes like points, leaderboards, and step counts wear off, the experience becomes monotonous and users quit. The next generation of fitness apps need to focus on helping users enjoy the activity itself instead of making artificial and often frivolous goals the aim.

As for me, I run because I enjoy running, not because an app tells me to. I learned to love exercise without setting strict fitness goals. Instead, I found Minimum Enjoyable Actions I could fit into my schedule regularly because I enjoyed the exercise itself.

Though I’ve taken fitness trackers to task, herein lies the opportunity for the future of health tech. By finding ways to help people learn to love physical activity, moral licensing and reactance are kept at bay and users are more likely to continue to do the activity in the future. In addition, products that help us eat the right foods, not just fewer calories, are needed.

Someday, a host of new technologies will finally fulfill the promise of helping us maintain a desirable weight and conceivably live better, longer lives. We’re just not quite there yet. Until then, we should be cautious of products that attempt to change our bodies without first understanding our minds.